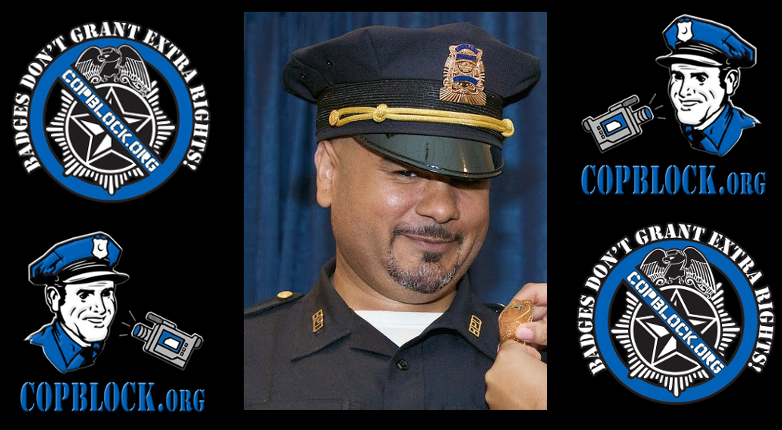 Kenneth Anderson, the lawyer for Boston Police Sergeant Edwin Guzman, stated earlier this week that it was okay if his client sent a sixteen year old girl pictures of his penis because: “You can’t tell me someone her age has never seen a picture of a penis on the Internet.” It’s an interesting albeit not very convincing defense to say the least for Sgt. Guzman, who’s facing charges of “annoying and accosting a person of the opposite sex” and “disseminating harmful material to a minor,” but apparently is in talks with prosecutors to resolve the case. It’s not clear what exactly that means, but as you can see below, it probably means Guzman’s gonna have to ice down a sore wrist at some point in the near future.

Via : (Watch the report here)

Guzman was promoted to sergeant in August 2014, around the same time he allegedly sent the messages to the teenager who says she considered Guzman a family friend and father figure.

“It started off we regularly chat and it’s mostly about school and how life is,” the teenager who was 16 at the time told 5 Investigates’ Mike Beaudet.

But she says the conversations kept escalating from there.

“If I gave him like pleasure and let him do things to me, he’d be willing to buy me things,” she said. “He took a picture of his penis and he sent it to me.”

Guzman was charged in Quincy District Court with sending obscene matter to a minor and accosting and annoying a person of the opposite sex.

The Norfolk District Attorney’s office has confirmed the charges were based on the allegedly explicit messages and picture.

But nearly two years later we’ve learned the more serious charge of sending obscene matter to a minor is expected to be dropped, a charge that carried a potential prison sentence of up to five years.

While officials say they believe the alleged victim’s story and they have the deleted Facebook messages, they’ve been unable to recover the naked photo.

The alleged victim’s mother is upset the case has dragged on for so long, culminating in this setback.

“I think the system’s screwed up,” she said. “I still feel like he came out winning.”

The alleged victim’s mother says the district attorney’s office has told her Guzman had indicated he would plead guilty to the lesser charge, if he avoids jail time so the family is willing to go along, rather than risk a jury finding him not guilty.

“I’d rather have him plead guilty on his own and say he’s guilty of one thing,” said the mother of the alleged victim.

“Do you think this is justice?” asked 5 Investigates’ Beaudet.

Guzman is due in court Friday morning. His lawyer wouldn’t comment on whether a plea deal could be reached by then.

Boston police tell us their internal investigators are monitoring the case and will begin an investigation which will ultimately decide if he gets to keep his job, once the criminal case is resolved.

That paid vacation Sgt. Guzman has been on has lasted for just under a year and a half. That’s a nice bonus for the former Boston Police Department officer of the year (2012).