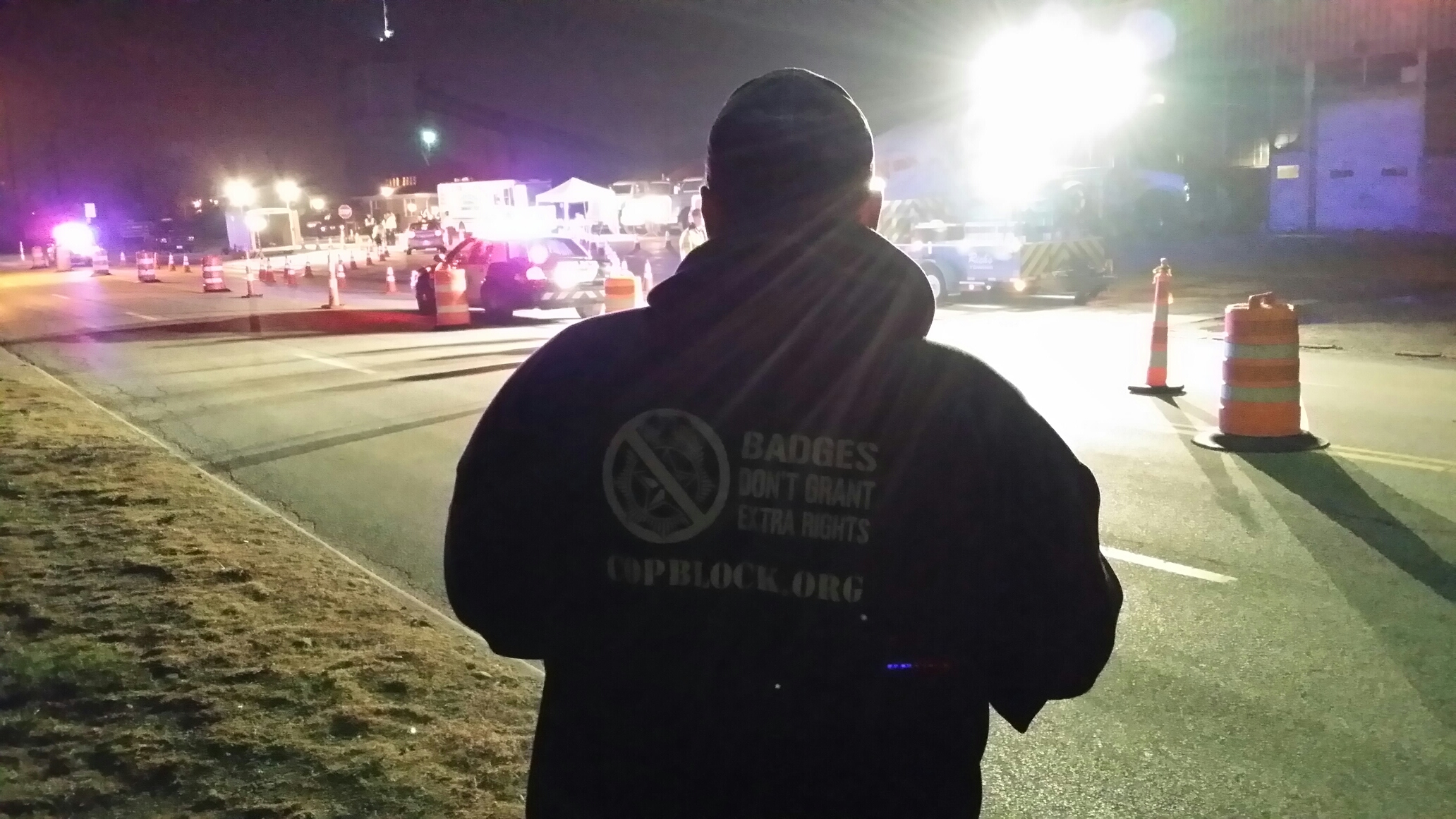 Hey Everybody, Parmageddon is upon us! Parmageddon is the name which my attorney, John Gold has dubbed my trial, which will begin on February 9th at 9:30 AM at the Parma Justice Center in Parma, Ohio. I stand accused of holding a sign that says “Checkpoint Ahead Turn Now,” and Disorderly Conduct stemming from my assault and arrest by Sergeant. Gillisie of the Parma Police Department, in July of 2015. Check out the video of Officer James Manzo giving me a ticket for the sign and then confiscating the sign. I should mention that the Parma police were fine with me using the same sign for two years prior to their vendetta.

Then you can check out the video of Sgt. Gillisie assaulting me and then arresting me for it…

These videos have been widely viewed and are key to showing Parma’s lack of respect for people’s rights. Lt. McCann says in the checkpoint video:

I don’t know about you but my first question is, “Who do you think you are Lt.? The Nazis?!” What makes you think your job is education? Checkpoints are how Nazi Germany got started. Checkpoints in America were started to catch drunk drivers. The Supreme Court gave these pinheads the ability to sidestep the constitution when it comes to random traffic stops. Now they are checking for any violation they can cite you for, because the checkpoints are not catching drunks, so they have to pay for it somehow.

So come on out if you are in the Parma, Ohio area. Show your support for freedom if not for me. Show them that you are tired of living on your knees afraid of the police. Stand up for liberty and show your support! Details are in this Facebook event page. Thank you for your support and see you there!