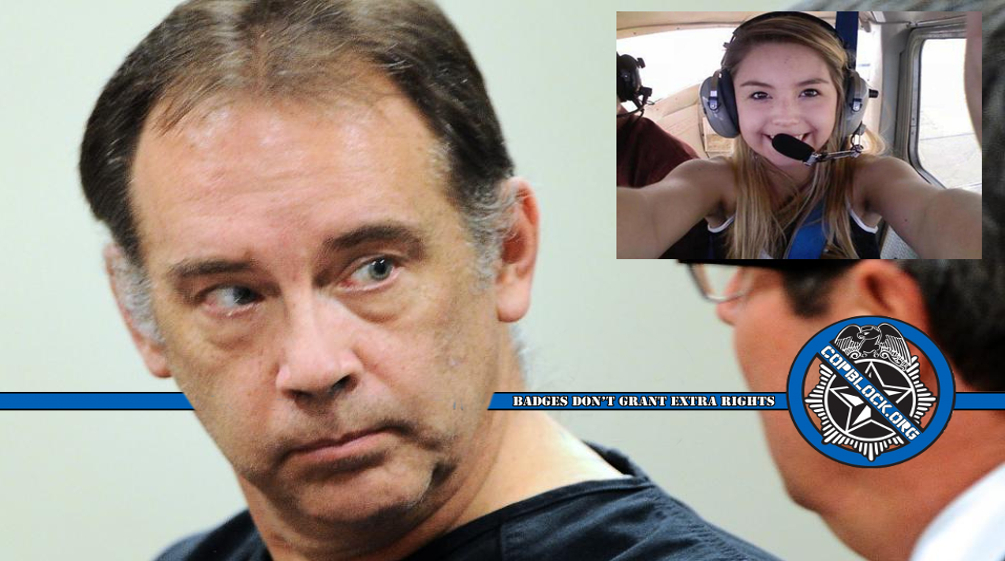 In August 2001, an internal investigation of former Milwaukee area cop Steven Zelich found he was stalking women while on duty and using his position as a police officer to gain access to their personal information. Instead of prosecuting him for those transgressions, Zelich was allowed to resign from the police department. In addition to enabling him to avoid any sort of punishment, that also prevented the evidence of his stalking from being included on background checks. Therefore, he was still able to qualify for private security officer’s license.

Predictably (for everyone except those Good Cops at his former police department), this week Zelich began trial on the first of two murder charges in separate incidents involving women. Zelich is accused of and freely admits that he killed the women then stored their bodies in suitcases at his house, eventually dumping them on the side of the highway after their bodies began to smell. According to Zelich, the women’s deaths were accidental, as the result of a game they were playing in which he choked them during sex.

Steven Zelich, 54, is charged with first-degree intentional homicide and hiding a corpse in the August 2012 death of 19-year-old Jenny Gamez, of Cottage Grove, Oregon. He is also charged with murder in the killing of 37-year-old Laura Simonson the following year, but she died in Minnesota, so the charges were filed there. That case is on hold pending the conclusion of the Wisconsin proceedings, which will take place in Kenosha County, about 40 miles south of Milwaukee, and which begins Monday with jury selection. At the trial over Gamez’s death, the judge has allowed prosecutors to tell jurors about Simonson’s death.

HOW DOES ZELICH EXPLAIN THEIR DEATHS?

According to court records and testimony, Zelich met Gamez online and invited her to Wisconsin. He picked her up at the Milwaukee airport and they drove to a Kenosha hotel, where they spent several days. Zelich told investigators they played a sexual game in which he would choke Gamez. On the last day, he lost control and choked Gamez until she died, according to the criminal complaint.

Zelich told investigators that he put Gamez in her suitcase and took it to his West Allis apartment and stashed her body in his refrigerator.

Simonson, of Farmington, Minnesota, died in similar circumstances in November 2013. According to court documents, Zelich said he met her online and killed her while playing the same choking game at a Rochester, Minnesota, hotel. He drove home to Wisconsin with her body and later put both bodies in suitcases in his car’s trunk. When they began to smell, he dumped them on the roadside, where highway workers mowing grass found them in June 2014.

Zelich’s attorney, Jonathan Smith, declined to discuss his trial strategy, saying the arguments were best left to the courtroom. He also wouldn’t say whether Zelich would testify.

“It’s been maintained that this was a non-intentional act,” he said.

Prosecutors plan to argue that Zelich intended to kill the women. They will allege that he searched for victims whose disappearances would not be unusual, helped them prepare to disappear with little suspicion, killed them in ways that would be difficult to investigate and then felt compelled to keep their bodies.

Deputy District Attorney Mike Graveley said the prosecution will assert that Zelich’s police experience helped him plan and execute the crimes and then only make a “strategic, selective confession” in which he only divulged what he needed to in order to confirm what he believed investigators already knew. He said Zelich targeted the women in similar manners and tried to cover up their deaths similarly, which shows it was intentional.

He expects the judge to allow jurors to decide on lesser charges of negligence. The punishment for conviction on a first-degree intentional homicide charge is life in prison…

WHAT HAPPENS AFTER THIS?

He also faces two hiding-a-corpse felonies in Walworth County, Wisconsin, where the bodies were found. A status conference for that case is scheduled for Feb. 12.

In case you somehow can’t connect those huge dots, a known stalker was not only protected from prosecution for his acts, but even given the opportunity to seek another position of control over others by concealing his predatory nature. Also, according to prosecutors, his experience as a cop enabled him to carry out the murders he is currently charged with and the knowledge to avoid implicating himself once their bodies were discovered. It would have been crazy if those Heroes had actually protected the public and done their job ten years before these women were killed when they already knew what a Bad Apple he was instead of covering up for him.