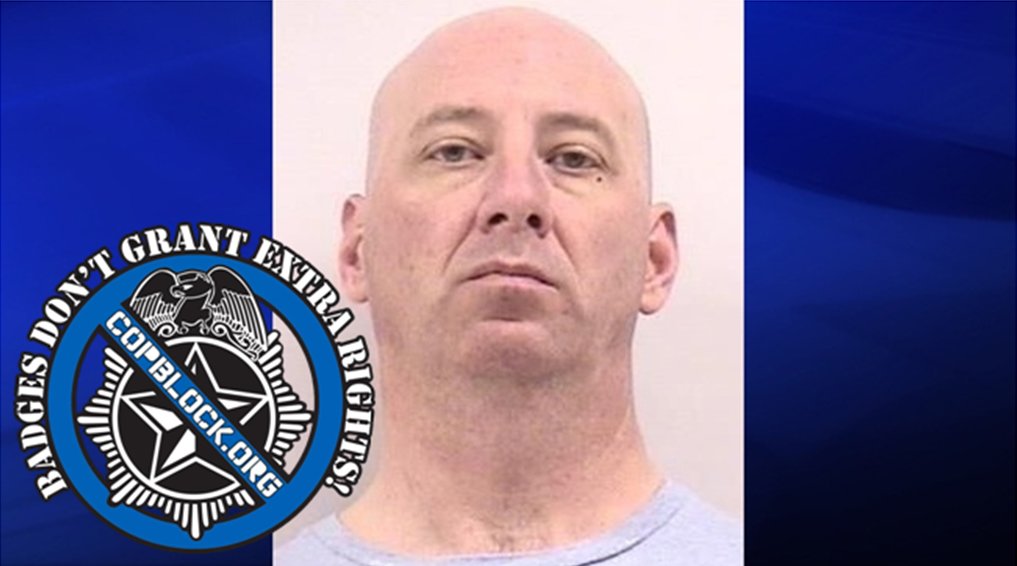 A Colorado Springs, Colorado police sergeant was arrested on Wednesday for assaulting a handcuffed man while threatening to kill him after two fellow officers crossed the blue line of silence and reported his misconduct to their superiors.

According to arrest affidavits, officers on the scene said deputy Chad Dickson was interviewing Ferguson after the crash when he “became unruly,” threw a rock at the other driver, and smashed his head against a window.

As a result, the cops said they handcuffed the man with his hands behind his back and placed him in leg chains connected to a belt restraint. Deputies said Ferguson had calmed down and was under control until Biscaro arrived.

Officers said Biscaro was “condescending, scolding” and “short” toward Ferguson, “kept interrupting him and wouldn’t allow him to finish a sentence,” and slammed a patrol car door in his face. As a result, officers said Ferguson started kicking the cruiser window.

Deputy Steven Brown said in reports that he was not worried about Ferguson breaking the glass because he was restrained and “could not get any force generated.” He said Biscaro responded by kicking Ferguson in the cruiser two or three times before “yanking” him out of the car and onto the pavement where he started punching him.

In addition, the arrest affidavits say that while Ferguson was on the ground, Biscaro put his knee on his chest and started “choking” him. The officers said that the sergeant had both of his hands around Ferguson’s neck,” and was “using both hands with his thumbs overlapped around Mr. Ferguson’s throat.”

The cops said Biscaro threatened to kill the man twice during the attack and that they had to intervene to stop him. They said Ferguson had bugged-out eyes as he struggled to breathe, began to lose vision, and feared for his life.

He suffered “abrasions, lacerations and contusions,” along the spine, left shoulder blade, elbows and neck as a result to the attack, reports say, but Biscaro defended his actions.

The sergeant said he placed his hands around Ferguson’s neck to prevent him from spitting and that he began punching and kicking the handcuffed and shackled man because he feared he was reaching for an officer’s knife.

Biscaro has been charged with felony suspicion of menacing and misdemeanor third-degree assault for the attack and is now on paid administrative leave. He is scheduled to make his first court appearance on Feb. 11.