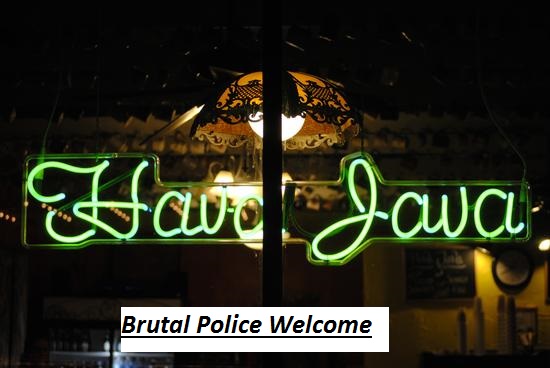 The Allentown Police Department has always been one of the easiest places to write a story about for a blogger. Between lawsuits stacking so high that people are forced to sue twice (one for the legal and one for non payment) and a city government that has so many high ranking officials getting indited by the FBI that city council can’t fill all the positions, the city is plain and simple a cesspool. For a town less than a quarter of the size of a major  city, it has just as many if not more cases of outrageous police behavior.

The path they have taken has been one of distraction and deception. It is even led by a PR firm (yes tax dollar paid). They have posted pictures of puppies and officers playing with school children, while not only keeping the so called “bad apples” on the force, but also not even acknowledging the questions of the public and press. Its the equivalent of pretending to throw a ball to a dog and watching him chase “it”.

Today was special though. The police, as they have been doing since the Feds raided their city, posted a feel good post on their social media page. BE ON THE LOOKOUT – OFFICERS GOING ABOVE & BEYOND!!! Recently Officer Yetter and Officer Kiskeravage of APD were found helping the proprietor of the Hava Java Cafe at 526 N. 19th St. after learning of busted pipes inside the business. Early reports indicate the Officers spent over 8 hours of their own time helping this local small business owner, who contacted APD to let us know about this good deed. Our thanks to these Officers… KEEP UP THE GOOD WORK

Now lets just break this down for those that see this and say “it was a good deed”. First thing is it takes no more than an hour for one person to fix a pipe, let alone two. Secondly, why are their small contributions to the community a big deal? They are PAID to help the community. This is not charity. Off the clock or not they were paid in one form or another. Now for the fun though. Look at the picture. No tools, no dirt, no water, no sweat, shoot they even have clean clothes and hands. Eight hours huh?

This just like every other thing on APD’s Facebook page, is fake. Its all to distract you. Lets not forget the same cops that are seen brutalizing civilians on the street, in front of many witnesses, are still working on the force today.

This is upsetting enough, but now they have recruited local businesses to spread their own brand of fairy tales. I decided to confront the business owner about them helping to lift APD’s public opinion without any show of actual accountability and this was the response given:

“You are giving my shop a bad review cause I stand with the community and the police? Having never visited my shop? Well, go on, do your best?”

Almost has a cocky feeling to it, doesn’t it? As if I won’t write this article outing this business for their disgusting and repulsive copsuckery.  Maybe all that bravery is due to the police owing you one now. Or the free plug they gave you on a tax funded government page. You will have every cop lover on the force coming in for your overpriced coffee. All it cost was your soul. Congrats.

This is still a free market and people have many choices when it comes to coffee. I think the people in the community need to know that your coffee shop is not just in bed with brutal police, but even collaborating with them. I wonder if any of the victims of your police get such treatment at your coffee shop. Do you smile and say “go get um guys?” Do you realize that this culture of badge worship is exactly what led to where we are today? Half the country and even the world, has spoken out against the department you so eagerly pour free coffee for. I don’t know how you sleep at night.

To top off this garbage, the little coffee shop banned a local favorite artist from playing there. The band is called “Atown Sluts” and was banned cause the uptight owner didn’t like their name. This little coffee shop has not been around that long and already made quite the name for itself. Starbucks eat your heart out