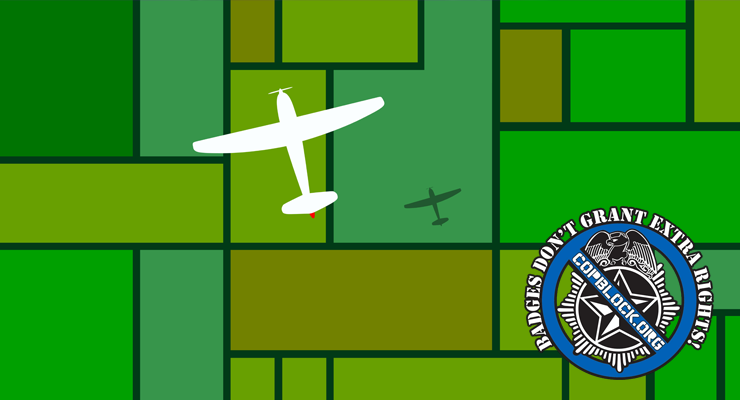 Police have turned to using their invasive stingray devices to collect data on the ground in cities by mounting them on airplanes that fly over populated areas, a new American Civil Liberties Union (ACLU) document released shows.

“Anaheim has possessed at least three different forms of cell phone surveillance technology since at least 2009, the documents show. The police department used a federal grant that year to purchase a powerful, military-grade device known as a “dirtbox” from a Maryland-based company named Digital Receiver Technology, Inc., or DRT,” the ACLU website proclaimed.

The surveillance device known as a Dirtbox —plane-mounted stingrays—on aircraft imitates a cellular tower and tricks your cellphone into using it as a hub and collects all your conversations, texts and trends. Local police departments have received the devices from the federal 1033 program.

The ACLU announced that Anaheim Police were using the device over Orange County California and had potential to collect private interactions of up to 16 million people.

If a city the size of Anaheim has purchased these controversial devices, it makes you wonder what other cities are employing airplanes and even drones to spy on their citizens.

“This cell phone spying program – which potentially affects the privacy of everyone from Orange County’s 3 million residents to the 16 million people who visit Disneyland every year – shows the dangers of allowing law enforcement to secretly acquire surveillance technology,” ACLU attorney Matt Cagle published on a ACLU blog.

It is unclear if the Anaheim law enforcement received a warrant to make use of these devices. The documents state that “Anaheim obtains a “court order” or “court approval” for use of theDRT, KEYW, Harris devices, but a court order is not necessarily based on probable cause, as is required for a warrant.”

Anaheim is not alone in acquiring these military grade devices, RT is reporting that  “Along with Anaheim, police in Chicago and Los Angeles have revealed their previous use of dirtboxes. Cell-site simulation technology has also been used by the National Security Agency (NSA) and the FBI, and was originally meant to aid in major national security investigations.”