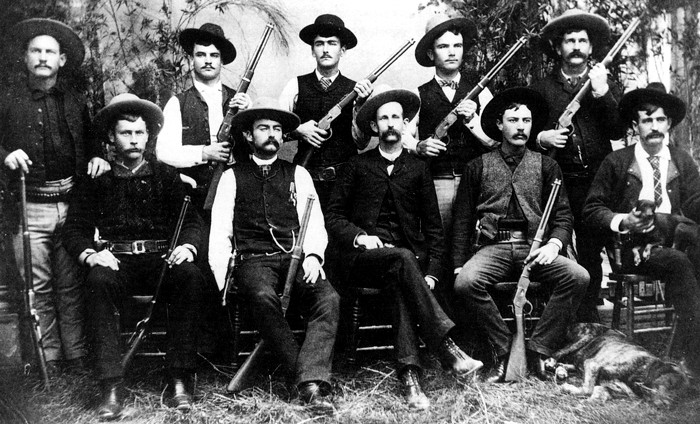 A new exhibit in Austin, Texas examines a little-known chapter in the state’s history, a time when Texas Rangers and white, civilian vigilantes massacred hundreds—if not thousands—of Mexican Americans or Tejanos between 1915 and 1919 in what historians have called some of the worst state-sanctioned racial violence in the U.S.

The exhibit, called “Life and Death on the Border 1910-1920,” opened January 21 at the Bullock Texas State History Museum thanks to a group of college professors and community members working together through a project called “Refusing To Forget.” It will run through April 3, 2016.

The exhibit marks the first time a state entity has publicly acknowledged the role Texas played in sanctioned violence so pervasive that scholars behind “Refusing To Forget” say it prompted a struggle for justice and civil rights that continues to shape relationships in Texas today. “A public dialogue on this period of violence is timely and necessary to appropriately reflect on the lasting consequences of this period,” its website says.

It continues: “The dead included women and men, the aged and the young, long-time residents and recent arrivals. They were killed by strangers, sometimes by neighbors, some by vigilantes and other times at the hands of local law enforcement officers or Texas Rangers. Some were summarily executed after being taken captive, or shot under the flimsy pretext of trying to escape. Some were left in the open to rot, others desecrated by being burnt, being decapitated, or revealing evidence of other forms of torture and violation such as having beer bottles rammed into their mouths. Extralegal executions became so common that a San Antonio reporter observed that “finding of dead bodies of Mexicans, suspected for various reasons of being connected with the troubles, has reached a point where it creates little or no interest. It is only when a raid is reported or an American is killed that the ire of the people is aroused.”

What happened to incite such racially motivated killing? In the first decade of the 20th century, large numbers of white American farmers from the Midwest began making their way to South Texas, a remote region that had managed to remain an enclave of Mexican-American inhabitants. These were Mexican families that became American citizens in the late 1800s with the end of the Mexican-American War and the signing of the Treaty of Guadalupe Hidalgo. Now, the reality of their American citizenship came rushing in with the arrival of these white transplants thanks to the advent of newly built infrastructure in the form of roads and rail. Land prices went up exponentially, and many Tejano ranchers found themselves unable to afford the rising property taxes. No sooner did white farmers arrive than they began to invoke the Jim Crow-style of treatment toward people of color that they were used to in the rest of the country. They began stripping Tejanos of their land by simply laying claim to it. Title challenges and outright theft led to a loss of more than 187,000 acres of land for Tejanos in the lower Rio Grande Valley from 1900 to 1910, according to historian Benjamin Heber Johnson in his book.