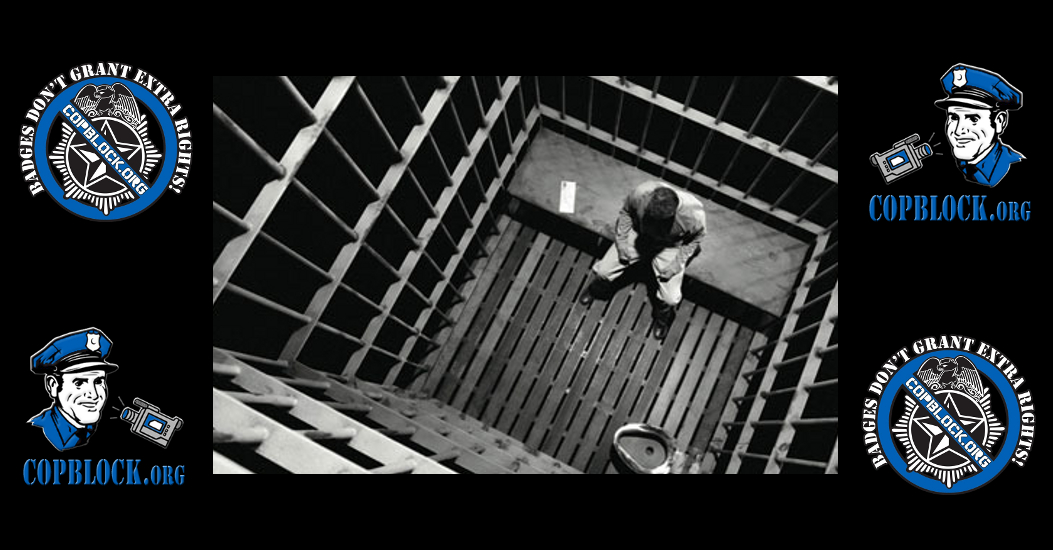 This post was written by Nick Ford and originally published at the Center For a Stateless Society (C4SS) under the title “You Cannot Exonerate Prisons.” Posts and other content can be submitted to the CopBlock Network via the CopBlock.org Submission Page. (Note: some links have been inserted, although no edits to the original text were made.)

A recent study conducted by The National Registry of Exonerations found that in 2015 there were a total of 149 people who were exonerated for a myriad of reasons. The exonerations revolved around convictions that were based on police misconduct, false confessions and in some cases, the fact that no crime had occurred.

In addition, the study notes a racial element to the exonerations in that “more than two-thirds were minorities, including half who were African American.”

Among the 149 exonerations, 27 of the original convictions were based on a false confession, most based on police misconduct. This misconduct included pressuring supposed witnesses who just so happened to usually be mentally handicapped or children.

The study also notes that while exonerations were once a public spectacle, due to their rarity, they are now more commonplace. This is partly because of Conviction Integrity Units (CIUs) which are, “a division of a prosecutorial office that works to prevent, identify and remedy false conviction.”

Of particular note are New York and Texas where 17 and over 50 exonerations were found, respectively. In these states the CIUs had a greater ability to look into closed cases. Exoneration rates aren’t necessarily tied to population size, so much as a suitable review process. California, for instance, only had 5 exonerations in 2015 out of a population of nearly 40 million.

Even with the increase in exonerations, University of Michigan law professor Samuel Gross says, “We know very little about the sorts of mistakes we make,” or “how frequently they happen.”

And according to U.S. District Judge John L. Kane, “Ninety-seven percent of federal convictions and ninety-four percent of state convictions are the results of guilty pleas.”

It is absurd to claim the criminal justice system works when such a high percentage of convictions result from people accepting the assigned social role of “guilty.” Many people take plea bargains because they can’t afford to fight the courts, they may fear the process, or because the prosecutor is coercing them into taking the deal by threatening potentially harsher penalties at trial.

It isn’t surprising then that most convictions stem from plea bargains. Violence, intimidation and coercion are some of the main tools in the state’s arsenal. Whether it’s forcing people to come to court, forcing people into tiny cells to rot, or forcing people to take special medicine that will kill them for crimes they committed, the state’s modus operandi is just that — force. The state thrives on violence and the criminal justice system, such that it is, isn’t much different.

Prisons are the most obvious and barbaric aspect of the criminal justice system. They are torture regimes in which individuals are treated as disposable.  A prisoners’ character is reduced to one or a handful of incidents that may have happened in a fit of rage, after poor exercise in judgment, being involved with the wrong people, or because they’ve simply angered the right ones.

Whatever the case, prisons are places where people waste away their lives. This form of punishment denies any possibility of reformation. Being surrounded by other criminals often leads to future criminal activities being plotted from inside jail. This is just one of the many reasons why recidivism is often so high.

This leads us to a broken criminal justice system that is based on coercion, lies and manipulation of the disadvantaged. It’s nice that more prisoners are being exonerated, but the prisons are not innocent. This system of brutality, confinement and restraint of individuals’ liberty can never itself be exonerated.