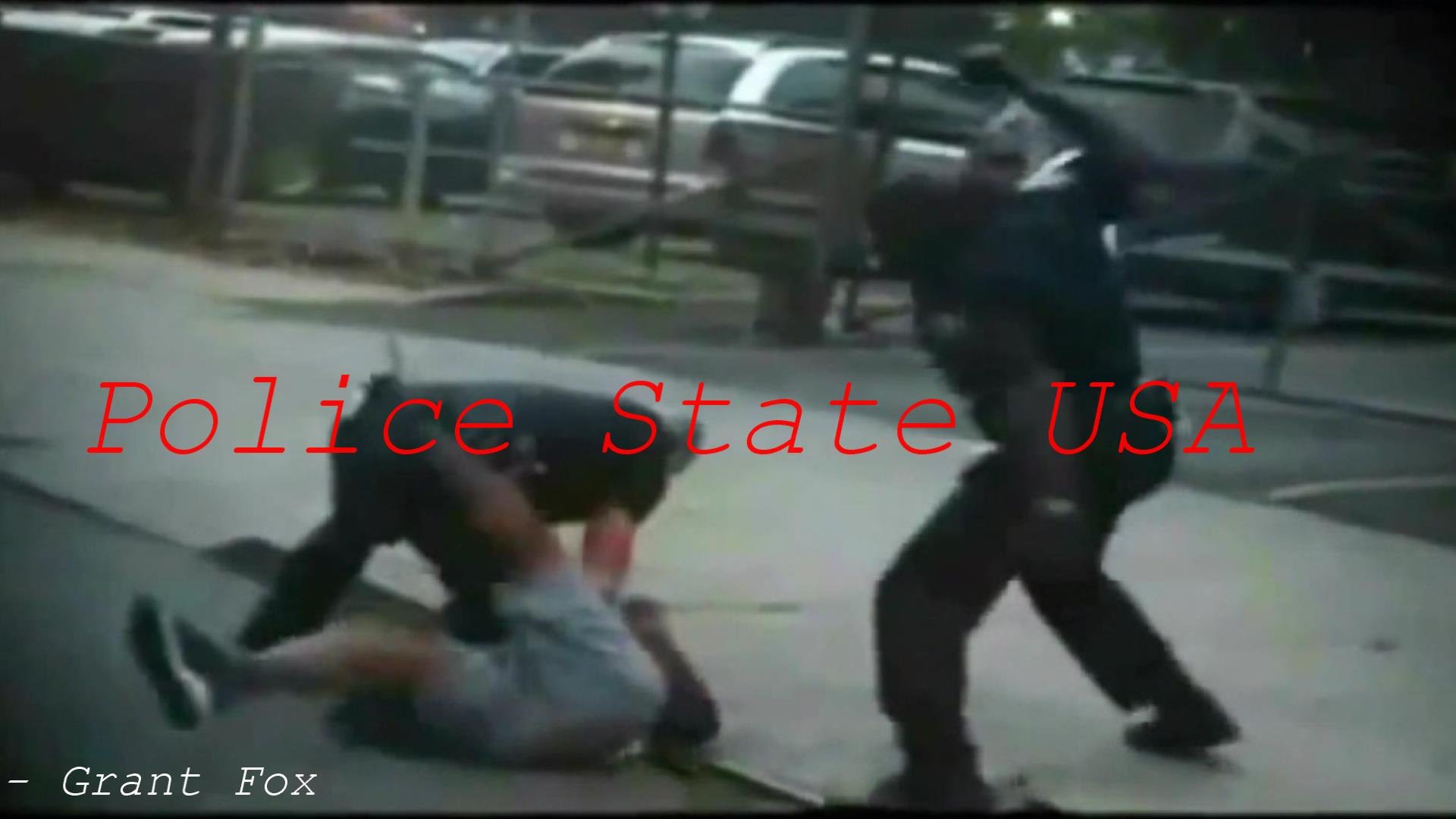 I’m not the only one looking around in wonder.

Not long ago I was a very pro police jingoist.

Then the Internet happened. The more I learn, the more I have come to realize that the profits and violence of prohibition is the wrong way to deal with pretty much any societal problem. The monopoly of violence that the police enjoy leads to ubiquitous corruption and a horrifying culture of privilege. As a society, we find ourselves up against unified systems where the police, the prosecutor, the crime lab the judge and the prisons are all in the same club with plenty of paid time and resources at their disposal which was taken from our pockets to ruin us one at a time. We are experiencing a complete exploitation from all facets of the so called justice system. It sure does feel like it is us vs them; not them serving us.

It turns out that the United States, which is billed as the “land of the free, the home of the brave”, is anything but that. In fact, our rate of incarceration is more than five times higher than most of the countries in the world, according to prisonpolicy.org. Also, until very recently, we have seen almost no indictments or convictions against State agents from juries that are either in lockstep with the boot or they are intimidated by it.

This should not be surprising. Throughout history, it is always the police that turn on the people of their own land, for the sake of “just laws”. They are always “just doing their job.” This problem can be difficult to see by the majority of the population that is indoctrinated by State worshiping media.

For the last couple of decades, we have been consuming a steady diet of Law Enforcement glamorizing shows like Cops, CSI and a host of others. At the same time, the mainstream media is always very careful to portray law enforcement in a positive light for fear of losing access to future stories. Democracy has decided that we need to wage an endless, nebulous War on Drugs and Terrorism, transferring vast wealth and most of our individual power under the auspices of safety and security. Our whole lives, most of us have been taught to not question “authority”.

Thankfully, the decentralized nature of the Internet has brought us new media. Sites like CopBlock.org and thefreethoughtproject.com and a slew of others cover stories of our police shooting dogs, kids, the elderly and other innocent people as well as general police state and police brutality stories that we will hardly ever see on the 6 o’clock news, even though it is clearly happening on a daily basis. There are even Facebook groups, such as the Tribute to survivors of child sexual assault by law enforcement officers that show a dark side most of us probably have never even considered. Don’t think for a minute that this is going well. Activist journalists are in constant danger for exposing State agents and the corporations under its protection racket. There is a culture of impunity among law enforcement. When an officer is accused of a crime, typically only an internal investigation is conducted while the officers in question go on what amounts to a paid vacation. Even with damning evidence, the officers involved are typically cleared by the internal investigation, return to work, often receiving a promotion. It appears they rarely suffer any serious consequences. It seems if there were good cops, they would arrest the bad ones. The problem is that the evidence strongly suggests that the bad cops end up aggressing against the good cops for trying. Are we are starting to see the outrage?

In 2015, indictments against murderous police have tripled, according to a WashingtonPost article. The article points to the effectiveness of cameras in holding police accountable.

Americans Killed by Cops Now Outnumber Americans Killed in Iraq War There are over 40,000 military style “knock and announce” police raids a year. You are 29 times more likely to be murdered by a cop than by a terrorist! The US Department of Justice reports that an average of 400-500 innocent civilians are murdered by police every year. Here is the kicker – they actually do not even keep records of homicide by police*. Militarization of the police is a growing phenomenon. From the National Drug Strategy Network: “It’s a very dangerous thing, when you’re telling cops they’re soldiers and there’s an enemy out there,” said Joseph McNamara, former chief of police in San Jose and Kansas City. McNamara, now a fellow at the Hoover Institution at Stanford University, added, “Despite the conventional wisdom that community policing is sweeping the nation, the exact opposite is true.” Kraska observes that SWAT teams attract a different kind of officer — less a “social worker” and more a special operations soldier. “The SWAT teams love this stuff,” says Kraska. “It’s fun to fire these weapons. It’s exciting to train. They use `simmunition’ — like the paint balls and play warrior games. This stuff is a rush.”

Citizen Run Database Shows Over 1,000 People Killed by Cops in 2014

Where is the danger?

Top 10 Most Dangerous Jobs in the Country: Police Officer is NOT on the List Another story shows Law Enforcement Fatalities Dip to Lowest Level in Six Decades 33 officers killed in firearms-related incidents is the fewest since 1887. “Officer fatalities unrelated to firearms or traffic saw a 33 percent increase in 2013. Thirty-two officers died of other causes in 2013 compared to 24 in 2012. Job-related illnesses, such as heart attacks, increased substantially in 2013 with 18 officer deaths compared to eight officers in 2012.” “Firearms-related fatalities peaked in 1973, when 156 officers were shot and killed. Since then, the average number of officers shot and killed has decreased from 127 per year in the 1970s to 57 per year in the 2000s. The 33 firearms-related fatalities in 2013 represent a 42 percent decrease over the average of 57 per year that occurred during 2000-2009.” It doesn’t help that: “Of the 31 automobile crashes in 2013, 18 were multiple-vehicle crashes and 13 were single-vehicle crashes.”

Why should you care?

If you aren’t doing anything wrong, you have nothing to fear, right? Did you know, in 2005, a Supreme Court decision declared that it is NOT the duty of any police force in the US to protect the citizens, but to enforce the laws. Those laws are practically arbitrary now. Each of us commits several crimes every day in our normal, harmless lives. Victim less crimes may not involve you, but they could. Are you a gun owner, a pot smoker, a raw milk drinker, a front yard gardener, a lemonade stand operator? These things are all likely illegal, but harm no one. Prohibition has another nasty creature the government likes to use to bolster its coffers. Civil Asset Forfeiture allows government to take your money and property with not even any charges, much less a conviction. They just need to suspect the property has been used in a crime.

We have the tools to change this. Now.

Even with all this apparent doom and gloom, we have never had better tools to make changes. We have to realize a few things, though:

I don’t know about you, but I want real solutions, not arbitrary laws created by vermin and enforced by a gang with a funny costume.

How did we get here?