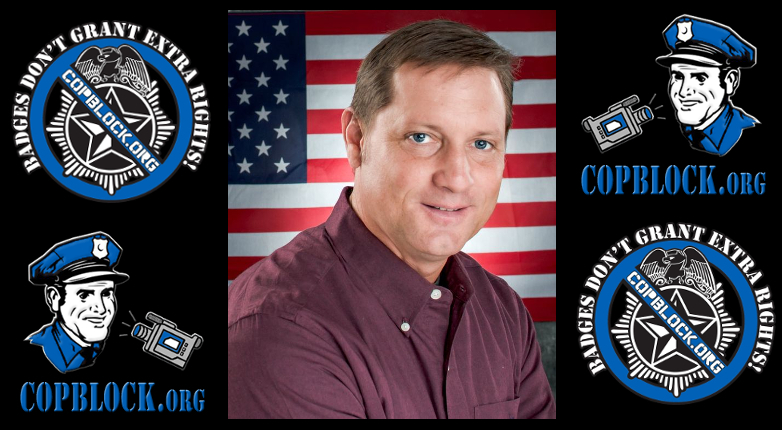 Bastrop County Sheriff’s Deputy Fred Ensinger pretty much hit a grand slam when he was arrested last week (January 29th) for a DUI after being caught in his police car with an open bottle of vodka and an empty bottle of prescription drugs.

Bastrop County Sheriff’s Sgt. James Davenport responded about 8:30 a.m. to a welfare check on Ensinger at the River Chase Mobile Home Park near 143 Navasota St. after Ensinger was heard transmitting over his police radio with slurred speech and not making sense, according to his arrest affidavit.

“Deputy Ensinger was sitting in the driver seat of his patrol unit parked on the street with the engine running and headlights on,” Davenport said in the affidavit. “I then smelled the odor of alcoholic beverage emitting from his breath as I spoke to him.”

Davenport said a search of Ensinger’s county-owned patrol vehicle turned up an open quart-sized bottle of vodka inside the deputy’s open backpack perched atop the passenger’s seat. Along with the open vodka bottle, only a third full, was an empty bottle of prescription medicine, Davenport said in the affidavit.

Ensinger volunteered to a breathalyzer test but declined to offer a blood sample. A search warrant was obtained for a blood sample due to the possible combination of alcohol and prescription medicine, the affidavit said.

As hard as it is to top getting arrested after broadcasting gibberish over your police radio while on duty, he also threw in an extra bit of hypocrisy (beyond the getting arrested for stuff you routinely arrest people for thing). Deputy Ensinger, who is also running for a spot on the Bastrop County Commission, had previously criticized his opponent, Commissioner John Klaus, after he was arrested on a DUI charge in 2012. The trailer park thing is a little cliche, but he obviously gets credit for thoroughness.