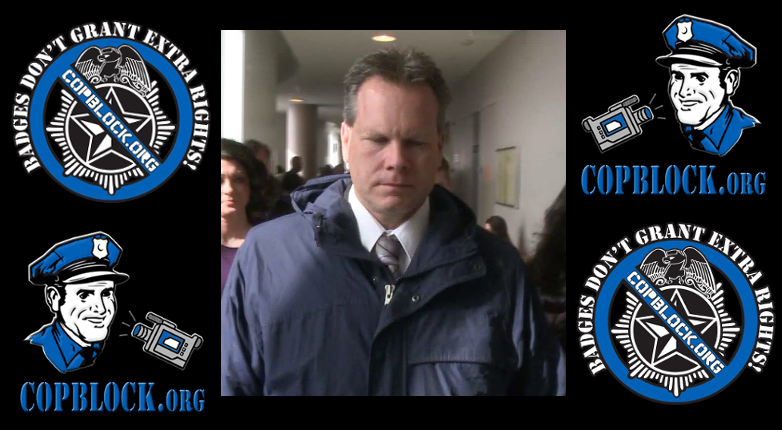 Former Suffolk County (NY) Police Sergeant Scott Greene tried to go freelance as a Road Pirate by stopping  Latino drivers and stealing money from them while searching their wallets. Unfortunately for him, his bosses at the Suffolk County Police Department didn’t appreciate not getting their kick back and they set up a sting to catch him in the act in 2014.

On January 15th, Greene was convicted of larceny and official misconduct charges resulting from that investigation. However he was acquitted of 17 other more serious charges that the thefts were a hate crime, based on the fact that his victims were all Latinos. Six of those victims testified at his trial that he had searched their wallets and they later noticed money was missing. Sgt. Greene had admitted to the thefts during the trial, but denied that he targeted the victims based on their ethnicity.

“After hearing all of the available and admissible evidence, the jury determined that Scott Greene was a thief with a badge,” District Attorney Tom Spota said. “We are disappointed they did not believe Greene stole from his victims because of a belief or perception regarding their race, color, or national origin – as the hate crime statute requires. We respect their verdict. This defendant can no longer victimize anyone because of his position as a police officer and we will recommend the maximum term of imprisonment at sentencing…”

The verdict drew immediate calls from Hispanic advocates for a federal takeover of the Suffolk County Police Department, which previously was the focus of a Justice Department probe following the 2008 death of an Ecuadorean man by a group of teenagers.

Greene’s trial took place weeks after the police department’s former chief, James Burke, was indicted on federal charges of abusing a burglary suspect and coercing officers to cover it up. The allegations in that case do not involve Hispanics.

“The verdict is another chilling reminder of a broken relationship between the Suffolk County Police Department and the Latino community,” said Juan Cartagena, president and general counsel for LatinoJustice PRLDEF. “For too long Latinos in Suffolk County have come under attack by police. It’s time for the DOJ (Department of Justice) to step in and stop this continuous pattern of racial abuse.”

Former Chief James Burke was previously promoted to Sergeant, starting his meteoric rise to the top of the Suffolk County Police Department, shortly after being caught having a sexual relationship with a drug dealing prostitute. He was appointed police chief after the previous chief was forced to step down due to an investigation into his involvement in political fundraising. In November, the Good Cops at the SCPD allowed Burke to collect $434,370 in unused sick time and vacation after being forced to resign.