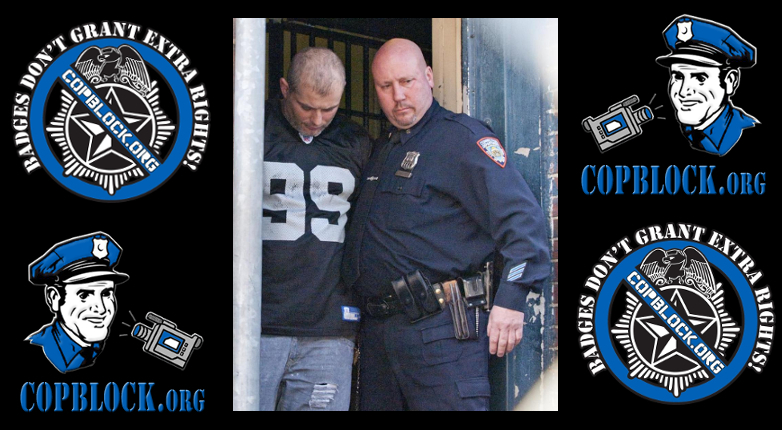 NYPD Officer Besnik Llakatura pled guilty in December to charges that he and two others ran a protection racket against Staten Island businesses. Llakatura, along with Denis Nikolla and Redinel Dervishaj, collected $1,000 a week from two of their victims and also helped extort a total of $24,000 from a pizzeria.

Via the NY Daily News:

Llakatura, 37, and two co-conspirators, carried out a good-guy, bad-guy scheme with the victims.

The goons would threaten the victims to pay up if they wanted to operate in Astoria.

Then Llakatura would step in, pretending to befriend the victims and advise them it would be better to pay the money rather than notify the police.

Llakatura faces up to life in prison, but his federal sentencing guidelines are 154 to 171 months when he is sentenced by Brooklyn Federal Judge Eric Vitaliano on Feb. 26…

Previously, Llakatura had claimed that he was just trying to help the victim:

The NYPD cop charged with extorting a Queens restaurant owner admits he told the victim not to report the shakedown — but only because he cares, his lawyer argued Friday.

The restaurant owner went to his friend, Besnik Llakatura, a seven year veteran of the force, and told him about the extortion, prosecutors said.

Llakatura told the victim to just pay up and not report it as a crime so the extorters wouldn’t go after his family.

“No question the evidence shows he acted in a very stupid way,” Llakatura’s lawyer Jonathan Marks said at a bail hearing in Brooklyn Federal Court…

The prosecutor noted that the victim, who is also Albanian, went for advice to Llakatura because he was a cop. “Instead of doing what he (Llakatura) was supposed to do, he did the exact opposite,” (Assistant U.S. Attorney Nadia) Shihata said.

Apparently, he was also cheating on his wife with another woman, whom he was stalking and monitoring with a GPS device he had planted on her car. With that kind of resume I’m actually a little surprised he isn’t up for a promotion. Of course, he was doing “illegal” extortion rackets, rather than the state sanctioned type and keeping all the money for himself rather than kicking the cash upstairs.