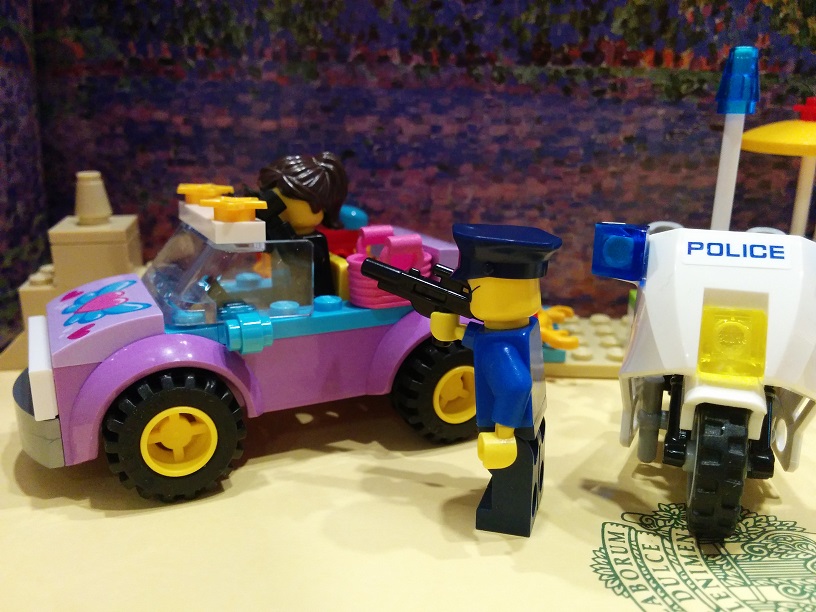 It’s a fact police (and plenty of other government employees, for that matter) are above the law they are tasked to uphold. For instance, the public is surely familiar with the tired yet ever-relevant phrase “ignorance of the law is no excuse,” when it comes to criminal matters. The ordinary citizen (you, peon!) is held responsible for obeying the tens of thousands of laws in existence. It is impossible to even know of, much less understand the details of all these laws, but that is of no moment. A violation is a violation (if you’re not a cop).

On the other hand, qualified immunity provides cops can violate people’s rights unless the right is determined to be “clearly-established.” I.e., A cop’s ignorance of your rights is indeed, an excuse, if it was “reasonable” for him to have been unaware you had such rights. If that’s not a crock of shit, I don’t know what is (see more here and here). As another example, the state of Hawaii only recently decided that perhaps, police officers who are the target of disciplinary action should be subject to the same inquiry as other government employees (more here).

This doesn’t seem to bother most Americans, who worship police with a fervor (maybe) only second to their devotion to Jesus. Police are practically gods. They say jump, and Americans ask, “How high, good sir? Thank you for protecting me.” For this reason, Americans do not frequently sit and contemplate the great hypocrisy in the fact the current system does not require police themselves to follow the same law to which others are subject.

Speeding or traffic laws is one such example. Most Americans are accustomed to potentially being ticketed hundreds of dollars for speeding, while police regularly speed on the job. The stated excuse is that police are professionals and are speeding to protect people, but this is a false premise.

Speeding is either acceptable under some circumstances, or it isn’t. This is true whether one is a police officer or not. Some people speed because of medical emergencies. Certainly, it is safer to speed and get a dying person to a hospital in a timely manner than it is to adhere to the speed limit at the risk of the person’s death. In late 2014, a Wisconsin man died from an asthma attack because his girlfriend was pulled over for running a red light while taking him to the hospital. The speeding law was applied stringently, and while the stated purpose of a speeding law is to prevent deaths, it caused a death in this instance. In 2015, Pediatrician Dr. Bhagwan Bang was convicted of traffic violations for rushing to the hospital to save the life of an infant who wasn’t breathing, which was yet another instance of the law refusing to bend to the needs of safety.

Traffic fines have gone up in the state of California in recent years, and it is common knowledge that it’s because the state is in financial trouble. Investigative sources have claimed ticket money is earmarked for government projects (see here). According to the Orange County Register, “Lawmakers have come to rely on the assessments to help fund court and judicial operations…” and the added charges go into the state’s general fund. When traffic fines increased a few years ago, there wasn’t even an attempt to claim increased fines were the result of recent increases in car accidents, vehicle-related deaths, or speeding-related dangers. Thus, any claim that traffic tickets are largely for public safety are disingenuous at best, outrageous lies, if one is honest.

Yet, unsurprisingly, police continue to violate traffic laws regularly, and feel entitled to do so because they are doing some sort of job. Most Americans accept this excuse at face value. This is not true of all Americans, of course. Just recently, Claudia Castillo of Florida pulled over a police officer and accused him of speeding. She filmed it and noted he was pushing 90 miles an hour.  She believed he was going almost 100 at one point (here). Once she had pulled him over, she explained, “The reason I pulled you over today…You were pushing 90 miles per hour.” She probably lectured him a bit, but as a mere civilian, she was presumably without police powers to issue any kind of ticket or punishment. Ms. Castillo uploaded her video of the speeding officer on YouTube, where it went viral.

The subsequent response by Miami Police Union President Lt. Javier Ortiz illustrates the arrogance and entitlement of police culture (if not the utter puerility and pettiness). Ortiz released photos of Ms. Castillo which he believed to be embarrassing (such as her consuming beer while driving a boat), and tweeted her phone number to the public. He invited people on social media to contact and harass her. There was no defense of the speeding officer’s actions. There was no explanation or attempt to justify why that officer was speeding (which is supposed to be dangerous, right?). Ortiz simply went straight to bullying Ms. Castillo on social media, because you know, god forbid someone expect police to follow the law. How ridiculous would that be? Omg, the nerve!

Ironically, what Ms. Castillo did was actually what police should do when encountering dangerous situations on the road – explain why the act is dangerous, why such behavior should be avoided, and move on, since extorting fines from people to fund government projects has little, if any causal relation to roadway safety.