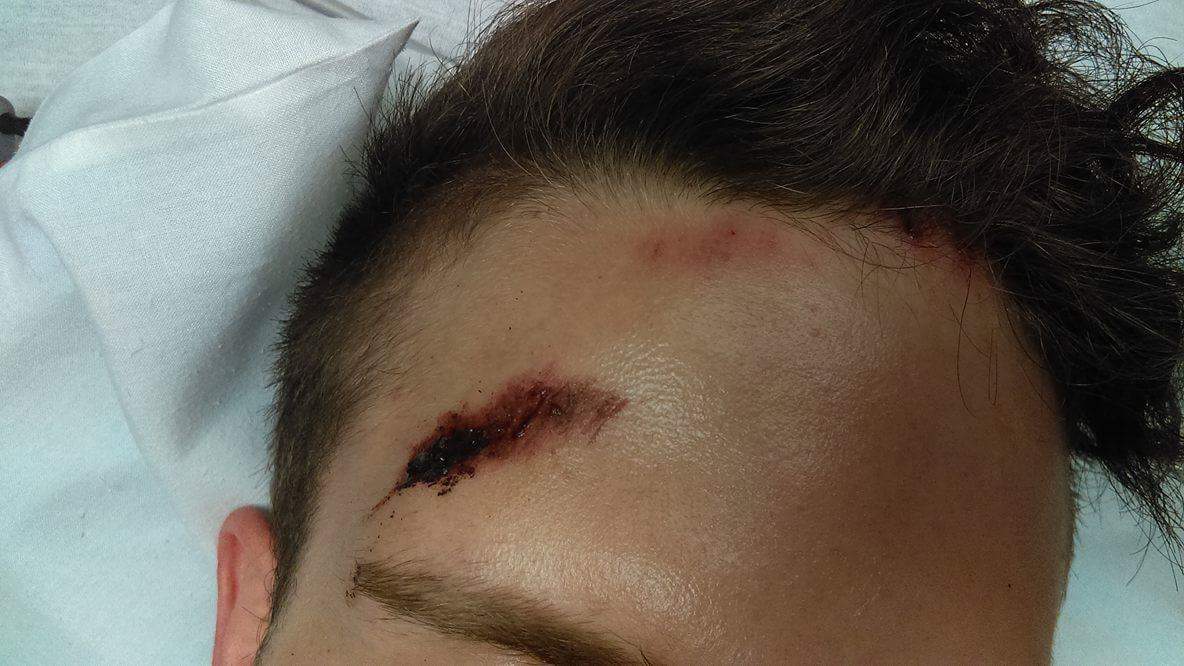 This post was shared with the CopBlock Network by a reader, via the CopBlock.org submissions page. It details a recent assault he was subjected to by an officer with the Lakeland Police Department, who has not been identified at this time. The post has been edited for spelling and punctuation and links have been added, but otherwise is being shared as it was received.

Along with the submission, they included this statement about the arresting officer and one of the Good Cops who was also present during the arrest:

I didn’t get his name while he was tossing me all around. But I got one African American officer’s name: Louis. When I asked her if she was really going to let that happen to me, she replied, “I didn’t see that.” – I’m sorry I can’t offer more yet, my arresting officer’s name isn’t on my Polk Sheriff’s online inquiry. These are some photos of what Lakeland’s finest did to me Thursday night/Friday morning. Late that night outside Boots and Buckles Saloon (where my arresting officer was profiling, both inside and outside, the establishment), I was asked to step out of my van by the officer for informing him that there was nothing out of line going on in the vehicle. Although I was verbally hesitant, I complied. But before I could even set foot out of the van, I was grabbed around the neck and slammed headfirst into the asphalt, where I was continually dragged about to the point of scraping hair off of my scalp, and tossed around so hard my shoe flew across the parking lot. All the while, the officer yelled for me to “stop resisting,” barely audible over my sister’s screams begging him to leave me alone, telling him that I wasn’t resisting at all.

Keep in mind, I did nothing, and the dash cam video will prove it, as is confirmed by my ludicrous charges. Anyone that knows me (that’s you guys) knows that I am nothing if not peace-loving. So the kicker is that I was charged with resisting without violence. I was shown the very general definition of that charge, a veritable blanket term, by the only officer to have shown any morals that night, to whom I will be eternally grateful. Now answer me this: if I had indeed been resisting ANYTHING without violence, why was I brutalized to the point that you see here? Does that make any good sense to any of you? It doesn’t to me.

I’ll never look at the police the same way again. Now I’ll always have to live in fear that even my strongest compliance with a law enforcement officer will be met with extreme violence. I was informed that my arresting officer was trained in MMA. He certainly attempted to prove as much. I will have to live in fear only until things like this stop happening to innocent people.

For that to happen. . . IDK what has to happen. But I think you all sharing this story and spreading the word will make a good start. Save it to your device, re-upload. So if this is removed from my profile, you will not have it disappear from yours. This is not okay. These men and women are meant to protect us. Who will if they won’t? The answer is obvious to me: We will have to protect each other until such time as the law proves itself worthy once again.

Please share this. I want it to spread like wildfire. I want the people responsible to have to be held accountable for their unjust behavior. Thank you all for reading this, I know it’s a bit winded. But I can’t sleep from my mind racing and I just don’t know what else to do.