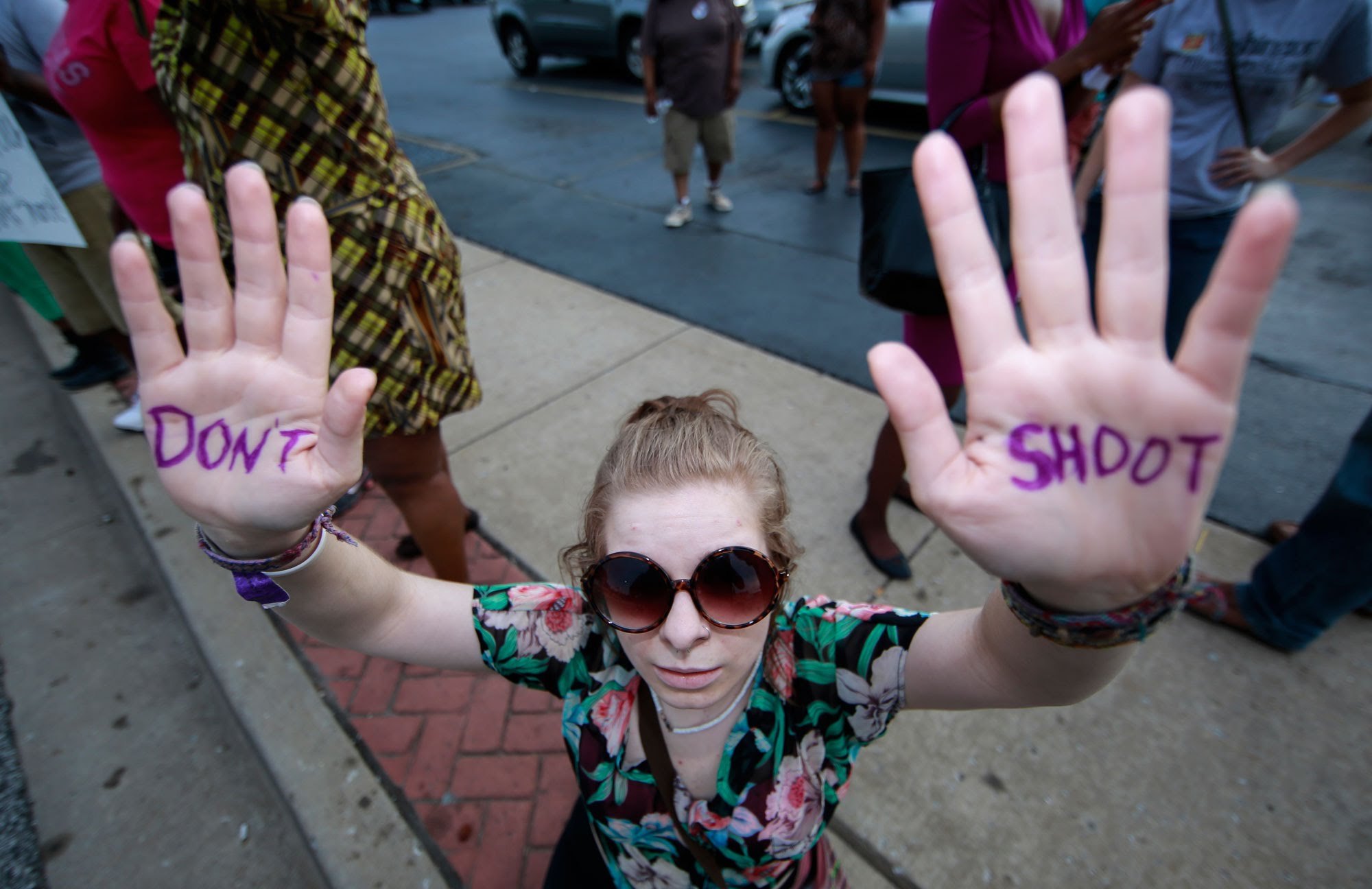 Associated Press journalists recently documented an utter triumph in the arena of people-powered democratic reform. In Ferguson, following the many protests, riots, and spent tear gas canisters, officers heed the looming pressure of a DOJ probe. Unlike some other targeted cities, the people of Ferguson, the AP reports, will have a say in the manner of reforms their police will be subject to.

The past several months have seen intense negotiations between leaders of the St. Louis suburb and the US Justice Department. According to the AP, the plan calls for a full reevaluation of local policing practices. Interestingly, the plan’s approval would save the city from a damning civil rights lawsuit involving both the killing of Michael Brown and crackdown of subsequent protests.

In addition to top-down changes in stops, searches, and firearm use, police will also adjust policy responses to protests and demonstrations. The suburb will rewrite municipal code to prevent fining and jailing low income residents for superbly petty offenses, like overdue tickets or traffic violations. As an icing on the cake, the agreement will be discussed via public forums wherein residents may chime in suggestions, comments, and concerns. To some, the move symbolizes a return to people-powered politics and hope for a cooperative future.

It’s a shame that, as of yet, only the Associated Press article seems to be in online circulation. Hopefully such a momentous achievement won’t be relegated to the short life span of a story condemned to the press loop– the slush. Being that the story is relatively new, its variety of coverage may mature in weeks to come.

The Department Of Justice has conducted several department reviews following blanket coverage of police abuses and atrocities in 2015. Ferguson, although not America’s worst offender, was certainly very publicized, and thus, may be scapegoated. This will not do. Only the continuation of investigations nationwide, including of federal entities, is an acceptable outcome.

Just as it’s the people’s responsibility to actually participate in the process, it’s similarly their responsibility to call for reform where needed. From Chicago’s Homan Square, where thousands were detained, to Wauwatosa Wisconsin, calls for reform must continue to spread city by city. DOJ would do well, for credibility sake, to look into FBI’s constitutional violations, particularly its numerous surveillance operations. The operational standards of these organizations flies in the face of any who aspire for a free society.

Promoting community division, fear, suspicion, and then preying on these promotions, can no longer be tolerated of those sworn to prevent such cultural catastrophes. A society cannot survive by vampirically siphoning off the will and patience of the population. Hopefully, Ferguson will set a national trend culminating in the beneficial reform of American policing for all, not some. Policing for the people, however, can only be achieved via leadership for the people. Unfortunately politician priorities, their majority at least, are influenced by a very small number of “donors” flooding campaigns with countless trillions. Police reform is one big step, but it can only be done right if it’s for the people, not for, say, maintaining the prison industrial complex. One viable avenue is, perhaps, the most daunting–pass a constitutional amendment drying up big money in politics. There’s already momentum towards this end, one the Young Turk’s Cenk Uygur bellows loud and proud–www.wolf-pac.com, lets get it done.