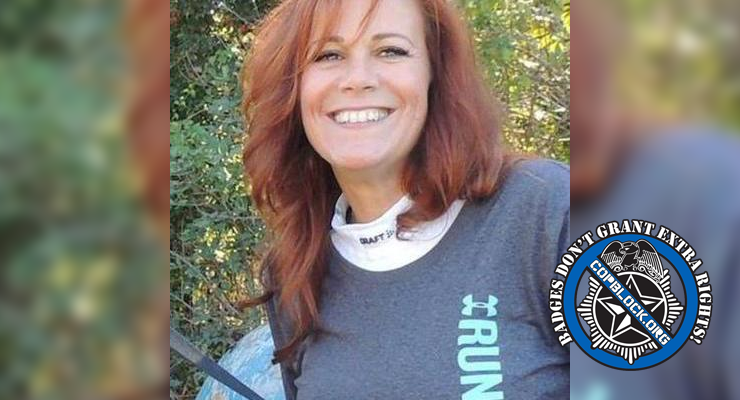 Rachel Niccoll who retired from the NYPD in 2009 with a medical pension package that pays her 66,083 a year plus benefits, recently completed the Escape from Alcatraz Triathlon. An anonymous letter, signed “concerned citizen”, was sent to the Daily News and a portion of it reads,

Niccoll, 44, suffered a knee injury on the job. She has, since retirement, been able to participate in several grueling sports events which many able body full duty (members of the service) would have a hard time participating much less finishing,” the letter read.

Why am I doing this? Many truly deserving individuals have been denied or put through the ringer to get their benefits.”

The New York City Police Pension Fund confirmed Niccoll received the disability pension but refused to reveal the nature of her injury. This makes sense if you understand that these institutions are entirely self-serving and admitting that even one of their officers is actively committing fraud can be detrimental to everyone who has been medically retired.

An online record showed that just three years after retiring, Rachel competed in the 2012 Harryman triathlon and placed 50th at the 2013 Escape from Alcatraz Triathlon. Niccoll has competed in at least eigtht different events including one in Ireland and one in Thailand. Numerous photos of her at the finish line have been posted online. Pretty impressive for some who was medically retired after a knee injury, as impressive as it is, Niccoll doesn’t stop there. She continued to display extra-ordinary athleticism and physical ability by competing in 15 separate running competitions in New York from 2013-2015.

It might not continue to be smooth sailing for Niccoll. Under pension rules, the department has the right to order retirees with disability pensions, who spent less than 20 on the force, to return for a follow-up physical. This is to make sure they are still disabled. Rachel Niccoll isn’t shy about her triathlon achievements and it shouldn’t be hard to prove that she is no longer disabled by her injury.  Believe it or not Rachel is not the only officer who has been medically retired due to an injury only to begin intense physical undertakings. Derek Huebner, a former NYPD officer, retired in 1996 after sustaining an injury to his shoulder during chase. He was a cop less than six years, yet he maintains a medical pension of over forty thousand dollars. His injury made it unable for him to do police work but left him perfectly capable to pursue full-time body building.  He claims there is nothing illegal about lifting weights while receiving a pension and he is correct but receiving a pension for a non-existent injury is known as fraud. Fraud is illegal and makes Huegner a thief. Christopher DePaolis was medically retired after a knee injury sustained in a foot chase. Shortly after, he moved to Florida, took up distance running and accepted a position as a full-time sheriffs deputy for the Broward County Sheriffs Department. He receives eighty thousand from his retirement pension and his current deputy salary is $52,000 annually. Like the other disabled athletes highlighted here DePaolis provided plenty of evidence that he is not disabled and his case has been referred by the pension board for review. The Broward County Sheriffs Department is conducting a review as well.

The DOI has also opened up a probe into the NYPD pension program. They have already visited the NYPDs medical offices and are looking for more cases that are similar to Depaolis retirement. In fact, his case was what started the investigation in the first place.

These greedy pigs weren’t satisfied with accepting stolen money to harass drug users and the homeless, they wanted to continue accepting these ill-gotten gains using minor injuries as excuses to pursue athletic endeavors at the expense of the tax payer.