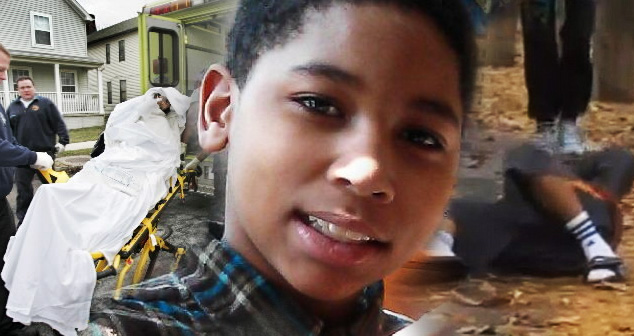 The city has continuously picked fights with Tamir’s family, this time in afternoon in probate court. That’s where the city filed a creditor’s claim for $500.

This claim comes from the city saying that Rice’s family still owes them for the ambulance and paramedics. But that ambulance came to tend to the 12-year-old after a Cleveland police officer shot the 12-year-old in November 2014.

The city claims that Rice’s family is responsible “for emergency medical services rendered as the decedent’s last dying expense under Ohio Revised Code.”

They are thus billing the deceased child’s family $450 for “advance life support.”

That life support failed to support Tamir’s life. It did not save him. But they are billing him anyway, even though he committed no crime, and the city’s police officers caused the injury.

They are also billing the family $50 for the mileage driven by the ambulance to the hospital where Tamir died.

In a statement that was made to Cleveland Scene, Subodh Chandra, an attorney for the Rice family said:

“That the city would submit a bill and call itself a creditor after having had its own police officers slay 12-year-old Tamir displays a new pinnacle of callousness and insensitivity. The kind of poor judgment that it takes to do such a thing is nothing short of breathtaking. Who on earth would think this was a good idea and file this on behalf of the city? This adds insult to homicide. The mayor and law director should apologize to the Rice family and withdraw this filing immediately.”

The city declined to prosecute Timothy Loehmann, in December 2015. He’s the officer who fired on Rice without hesitation or inquiry.

The full text of the suit can be read below…