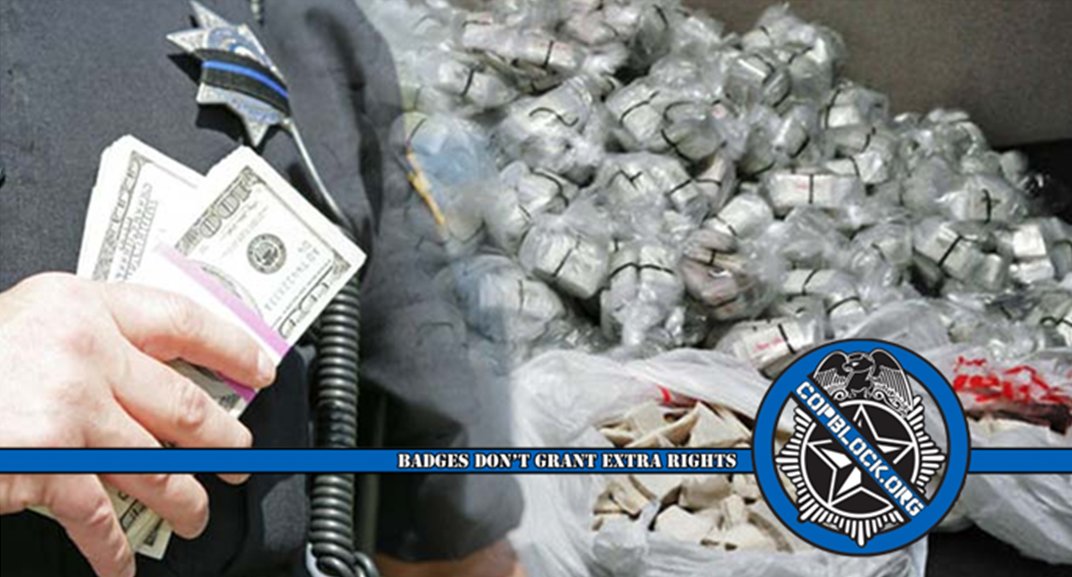 In yet another example of how drug laws create perverse incentives for the very ones meant to enforce them, 58 correctional officers and cops in two states have now been arrested or convicted on corruption and conspiracy charges relating to drug trafficking.

In Georgia, the FBI arrested 46 current and former state Department of Corrections officers after conducting raids on at least eights prisons on Thursday looking for drugs, cell phones, and weapons.

“Allegations range, of course, from smuggling in contraband to our inmates here, but also using their official capacity as officers to protect what they believe to be drug transactions and drug shipments traveling through Georgia,” director of the Office of Investigations and Compliance at the Department of Corrections, Ricky Myrick said.

Officials say the officers would wear their corrections uniforms and badges during the trafficking operations in order to avoid law enforcement, but were ultimately duped by an undercover FBI agent they believed to be a drug dealer working with a Mexican cartel.

The majority of the officers were line guards that had direct interaction with inmates, but five were part of an elite tactical unit that is tasked themselves with recovering contraband in prisons, officials say.

The investigation is part of a larger public corruption investigation into Georgia Correctional Facilities that has already resulted in the indictments of around 130 people since September, including additional prison employees, inmates, former inmates and others accused of helping them.

Meanwhile, in the neighboring state of North Carolina, 12 former deputies and corrections officers were convicted on Tuesday for their role in a drug trafficking operation.

Officials say the FBI began an undercover investigation into the Northampton County Sheriff’s Office following allegations of corruption in April, 2013.

Like with Georgia correctional officers, that investigation ultimately found that the cops had been recruited to work for traffickers because of their ties to law enforcement, which enabled them to move large shipments of heroin and cocaine along the Interstate 95 corridor in exchange for bribes.

A total of 15 people ultimately pleaded guilty in the drug ring but a list of the cops, correctional officers, and the crimes they were convicted of are as follows:

“It was devastating when I first got wind of it,” Northampton County sheriff Jack Smith said. “If people commit these crimes, regardless of who they are, they should be brought to justice.”

The incidents illustrate the importance of ending the drug war so that not only would millions of victimless “criminals” be excluded from rape cages, but also so that those tasked with upholding such edicts do not get to use their power to flout them while hypocritically enforcing them against others.