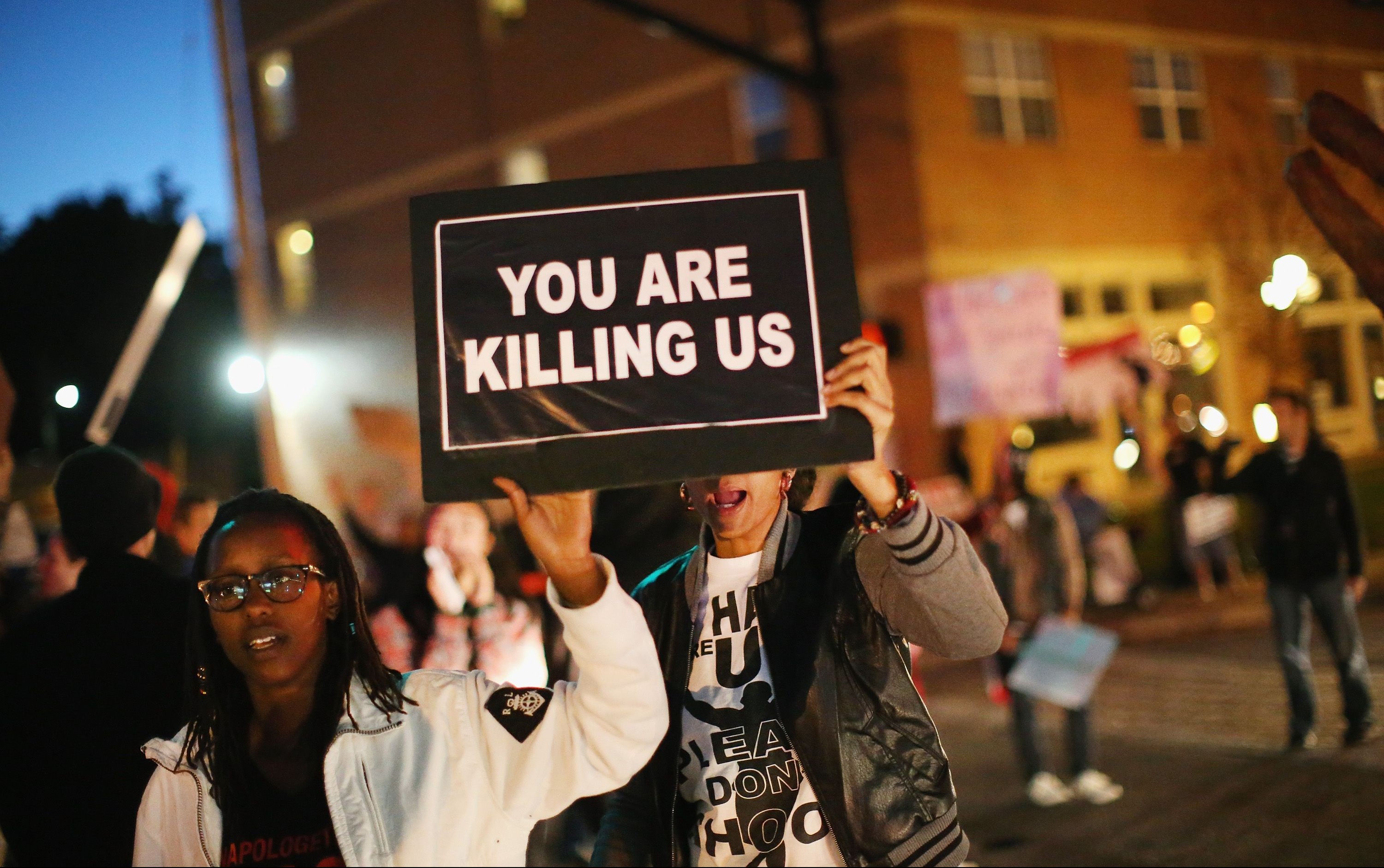 Often intermingled with discussions of American political and societal systems is the question of what we can learn from other countries. Have other nations found better, more efficient ways of achieving the same goals? A delegation of American police officials asked this very question and, in our era of need, reached out to  colleagues overseas to learn how they conduct themselves. If nothing else, the move represents an establishment consensus that policing policies must adapt, or face the consequences.

“The American style of policing”, says Scottish police Sgt. Jim Young, “it’s very authoritative.” Sergeant Young, according to the Raw Story, see’s giving orders, shouting, and intimidating people as counter-productive. “You can’t go anywhere after that. But if you start down low you can adjust your communications to suit.” Essentially, Sergeant Young recommends starting out calm and non-confrontational as early as possible and maintaining said demeanor for as long as possible.

Former Boston PD hostage negotiator Chuck Wexler was among the group who went to train with the Scots. Regarding policing protests, for instance, Wexler confessed, “you’re going to kill someone for throwing a rock. That’s what you’re gonna do. How would society over here think about you shooting someone with a rock? They would not accept it.” Accompanying Wexler, according to the Raw Story, were New York and LAPD officials, departments currently under intense federal investigation. “It’s about time we step up”, says a motivated Wexler, “and this is our chance.” “It’s a crisis but it’s also our chance to do the right thing.”

Over four days the American’s both absorbed everything the Scotts presented, and scrutinized it deeply. New York PD Assistant Chief Theresa Shortell asked whether a “large percentage of officers get hurt with this policing model?” Another asked more directly of the death tally for Scottish officers over the last two years. According to the New York Times, Assistant Chief Constable Bernard Higgins admitted that although officers often take punches, the last time one died was in 1994. Higgins claimed his officers embrace a role as guardians of the community”, not warrior-cops.

“The basic fundamental principle”, he explained, “even in the areas where there’s high levels of crime, high levels of social deprivation, is it’s community-based policing by unarmed officers.” Higgin’s then claims his men, “police from an absolute position of embracing democracy”, according to the NY Times. That’s a very important point, one which the visiting Americans jumped on with enthusiasm.

They wondered if the deep racial tensions inherent in American culture are a factor in that of the Scottish. However one feels about American’s living in “ghetto’s”, perhaps cops behaving like cops and not militia’s may improve interactions. Community guardian-centric policing may, perhaps, eliminate unethical quotas as being incompatible with the new model. Counter-terrorism, innately involving para-militarized officers, was interestingly glossed over.

It would be an injustice to realistic dialogue if the visiting Americans hadn’t brought up differences in culture between them and the Scottish. In Scotland, according to the NY Times, the criminal weapon of choice is reputedly the blade, not the gun. Wexler and others acknowledged that American officers are often subject to judgement by their colleagues for, say, not shooting someone even when it’s not needed. Such officers may be considered cowards by more gung ho parolees. That, of course, isn’t including all other peer pressures enabling and covering up all manner of wrongdoing.

Scottish police, the NY Times reports, were appalled at the behavior of their American counterparts in cases such as Ferguson and the numerous killings of unarmed people. Deprogramming the individual from culture is a notoriously daunting task, not to mention an entire group of people. During their meeting, Scottish officers were happy to demonstrate ways to approach an aggressor without killing them. Keep in mind that not all police killing victims are shot. Some are tasered, beaten, suffocated, etc.

The assistant chief constable challenged the Americans predisposed view of what’s a “proportionate outcome” in certain situations. “An officer that’s uninjured but somebody is dead”, he asks, “or an officer that is injured but somebody’s alive and in custody?” The answer goes beyond any superficial wounds either the officer or the detainee experience. Say an officer goes ahead and shoots someone, and it’s justified, what happens then? The press swoops in demanding information, speculations surge, even a federal investigator or two may pay a visit. While the department goes through a P.R. nightmare, the officer may or may not become a risk to themselves and others.

“I’ve seen great cops that got into a shooting that destroyed their lives”, says Daytona Beach Chief Mike Chitwood. Even if the officer keeps their job and doesn’t go to jail, there are other consequences that the media often doesn’t stick around to see. The violent, eternal cycle rampaging across the U.S. consumes shooter and victim alike. “They may have been exonerated”, Chitwood continues, “but they knew their careers were over. They become alcoholics, they lose their marriages, because they couldn’t handle that they took somebody’s life, even if it was a good shooting.”

One Scottish-recommended method is what’s called the “tactical withdrawal”, the NY Times reports. Officers maintain a safe distance from the individual, and pull back slightly if approached. Tactical withdrawal works best when the suspect isn’t armed with a ranged weapon, such as a knife, club, or sword. When engaging someone at a close distance tasers and other non-lethal options are abundant. What else do you expect officers, particularly young officers, to do after being taught that the gun is a primary and impunity is probable? Scottish officers admit some of their policies are unique to the Scottish culture, but that doesn’t mean nothing can be learned. During confrontations, Scott’s measure success based on the total lives preserved, not just that of their officers.

It’s encouraging to see American police officials humble themselves to input from the outside world, heeded or not. At the root of their lesson rests a resounding philosophy of treating everyone, criminal or not, as human beings. It’s easier to kill or abuse when you don’t see your targets as equals. The “us-them mentality” is an eccentric human trait, one driving every act of atrocity, every criminal abuse of another person. Perhaps Milwaukee PD’s Chief Ed Flynn, and others like him, can learn from the Scots embracement of community policing. Such leaders, and those after, must understand the consequences of referring to officers as “troops” in a “war” against a “crime” flooded city. America’s warrior-cop culture is an obsolete model and can no longer be tolerated as a viable means of securing a given area or people. Officers must see citizens as human beings, not numbers to be compiled in a database at the end of each quota period. This– not necessarily disarming officers– should be a message Wexler and his colleagues took from their Scottish field trip.