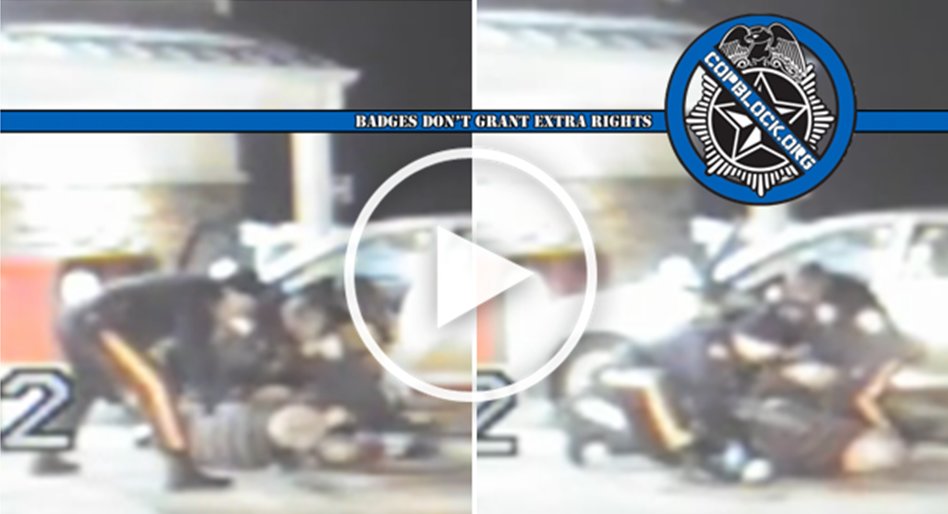 In an excessive-force lawsuit filed against Burlington City, New Jersey, a Philadelphia man says officers pulled him from his car, threw him to the ground and broke his arm for no reason other than they thought they saw the remnants of a marijuana cigarette inside his vehicle.

Brought forth by Steven Kahn, who was 60-years-old at the time of the incident, the lawsuit says that police responded to a Route 130 Wawa convenience store in February 2014 following a dispute involving Khan’s passenger – who had been prohibited from buying tobacco products without an ID by the store’s employee.

Dash-cam video recorded from the scene shows the woman being shouted at by the cops before she is removed from the vehicle and thrown against the hood of a patrol car where she is handcuffed and arrested.

One officer stays behind with Khan, who remained in the drivers seat of his vehicle before the cop can be heard saying something about a cigarette and other officers are seen making their way back to the car.

“I didn’t do nothing,” Khan can be heard saying.

“If you don’t step outside I’m going to spray you. Do you understand me?” one officer says after he opens the car door and takes hold of the man.

The footage then shows another cop also grab Khan and the two pull him from his seat onto the ground outside. He can be heard screaming as the officers pull at his arms, fracturing one of them, before handcuffing him.

The lawsuit, which was filed last week in federal court, asserts that “the quick escalation of violence was swift, severe and unprovoked” in the incident – and that Kahn sat “quietly and peacefully” in his car while his passenger was being arrested for disorderly conduct.

The suit says officer Jeremy Bright believed he saw Khan “nudge” what was left of a marijuana cigarette into a Wawa coffee cup before ordering him to step out of his vehicle – and then proceeded to slam his face onto the pavement.

Bright then knelt on Kahn’s back while holding his left arm in an arm lock while officer William Lancenese also “applied weight and force on top of [him],” the suit says, and maintains that Kahn couldn’t put his right arm behind his back because it was pinned beneath his body by the cops’ weight.

It is at this point the lawsuit claims that Bright “suddenly and with great force” bent Kahn’s left arm, breaking it, and causing severe pain.

Khan’s attorney, Michael McKenna said that instead to taking his client to the hospital like the officers should have, they instead jailed him on charges that have since been expunged from his record. It is unclear from news reports if Khan was in fact charged with marijuana possession as a result of the encounter.

McKenna said the dash-cam video of the arrest “demonstrates a use of force by police against a 60-year-old man so excessive that it can only be called sickening.”

The incident illustrates the violent reality of the war on drugs and how cops react to peaceful people who are perceived to have done nothing more than be in possession of a plant not sanctioned by the government.

According to the latest national data released by the FBI, at least 620,000 people were arrested for simple marijuana possession alone in 2014 – a rate of 1,700 people per day, or more than 1 per minute.