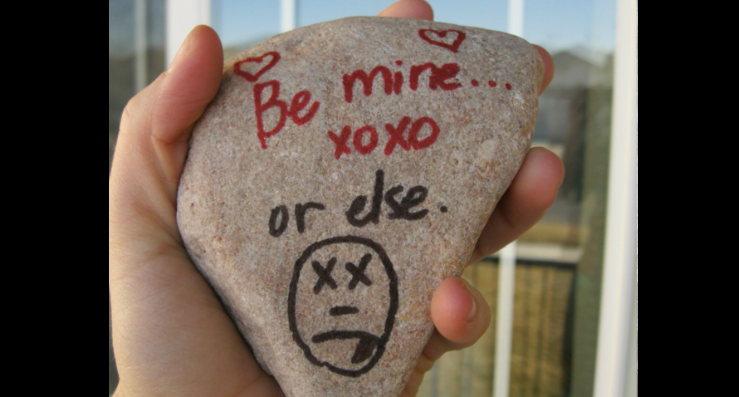 Former Dothan, Alabama,  police officer Jeffrey lee Schulmerich, 51, was arrested and charged with felony aggravated stalking. Houston County Sheriff’s Deputies booked Schulmerich into county jail this past Sunday.  At the time of this article, former officer Schulmerich was being held without bail at the jail.

This isn’t officer Schulmerich’s first run-in with the law. In February of 2015, he was arrested and charged with third-degree domestic violence. At that time, he was an officer for the Webb Police Department. After beating his would-be lover then, he was placed on paid vacation until his most recently arrest, and then resigned. Apparently officer Schulmerich tends to get a little frisky around Valentine’s Day.

Why are cops like officer Schulmerich given so many chances to keep their badges after being accused, arrested, and convicted of violent crimes – crimes that are often against women and children? Both of his previous employers had ample warning. Despite his two most recent arrests, officer Schulmerich was named as a defendant in an excessive force lawsuit in 2010.

According to the plaintiff, the out-of-control officer tased her multiple times as she was restrained on a gurney in a hospital.

As Ms. Borton was wheeled into the emergency room still strapped to the gurney, Officer Schulmerich, without warning, tased her on her right leg … again with no warning, Officer Schulmerich tased Ms. Borton a second time, while she was still tied down to the gurney … he tased her left leg “so long that it burned it so bad that [she] thought she was being electrocuted … She estimated that this second tasing lasted “well over a minute”.

Of course, Officer Schulmerich tried unsuccessfully to get the lawsuit thrown out. The judge, in response to Schulmerich’s motion, ruled that:

… there is sufficient evidence that Officer Schulmerich used excessive force when he activated his taser three times on Ms. Borton while she was lying face down on a gurney with all limbs tightly secured by handcuffs and Posey restraints, and that Ms. Borton’s right not to be subjected to this force was clearly established on August 15, 2006. Moreover, because a reasonable jury could conclude that Officer Schulmerich’s tasing subjects him to liability for assault and battery under Alabama law

Unfortunately for his victim, the federal jury acquitted the violent officer, which left him in a position to abuse and stalk for years to come.

Perhaps his current case of felony stalking and violating court orders will send him to prison. Then, and only then, the now ex-officer can find his one true love behind bars. (I hear that police officers are a very sought after commodity in prison, ranking somewhere below a pack a cigarettes, but above a bag of chips.)