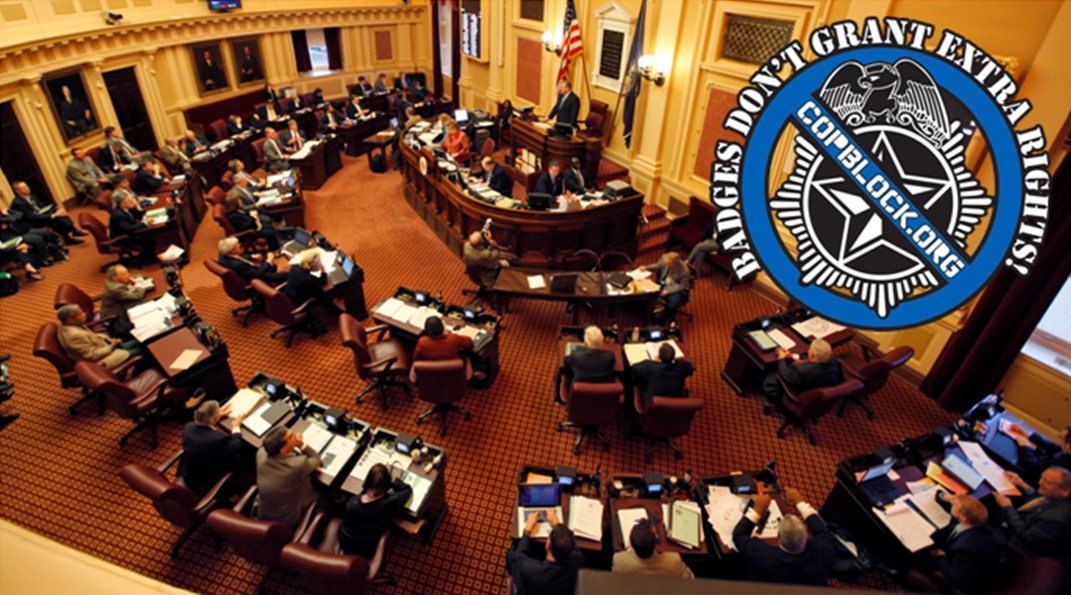 On Monday, the Virginia Senate passed a bill that would keep the names of police officers in the state a secret.

Introduced by Sen. John Cosgrove, Senate Bill 552 applies to any local or state officer, including officers from agencies such as the Department of Alcoholic Beverage Control and the Virginia Marine Police – and would exempt them from Freedom of Information Act requirements.

The bill came in response to a court ruling allowing The Virginian-Pilot access to names, agencies and employment dates for current police officers in the state in order to investigate how cops with troubled histories are able to still find work in law enforcement.

Cosgrove said Monday that the bill should be passed to protect officers and their families from being targeted by an angry public, and alluded to the mythical “war on cops” that permeated from the mouths of many officers last year who were facing increased scrutiny.

According to data collected by the National Law Enforcement Officers Memorial Fund, which tracks police deaths, there is no upward trend in the killing of officers. In fact, the data shows the exact opposite. The number of police officers killed by citizens is actually decreasing relative to the last couple of decades.

Fifty-two police officers were killed as the result of criminal acts in the United States in 2015, with another 72 dying because of non-criminal circumstances. This brings the total number of officers who died in the line of duty last year to 124.

Most officers died in traffic-related incidents however: 35 from vehicle crashes, 11 who were struck and killed outside their vehicles, and six who were killed in motorcycle crashes. Only 42 officers died from gunshots, down from 49 in 2014.

Additionally, when looking at long term trends, cop deaths have decreased dramatically over the last several decades. According to the Memorial Fund’s data, fatalities among law enforcement officers have took a noticeable decline since the 1970s.

Mondays 25-15 vote makes clear that the majority of Virginia Senators think it is acceptable to keep the misconduct of police officers from the public.

Sen. Chap Petersen, who was in the minority who opposed the bill, said keeping cops’ names secret would perpetuate corruption and nepotism in departments.

The measure now goes to the House to be voted on, and if passed, to the governor’s office to be signed.