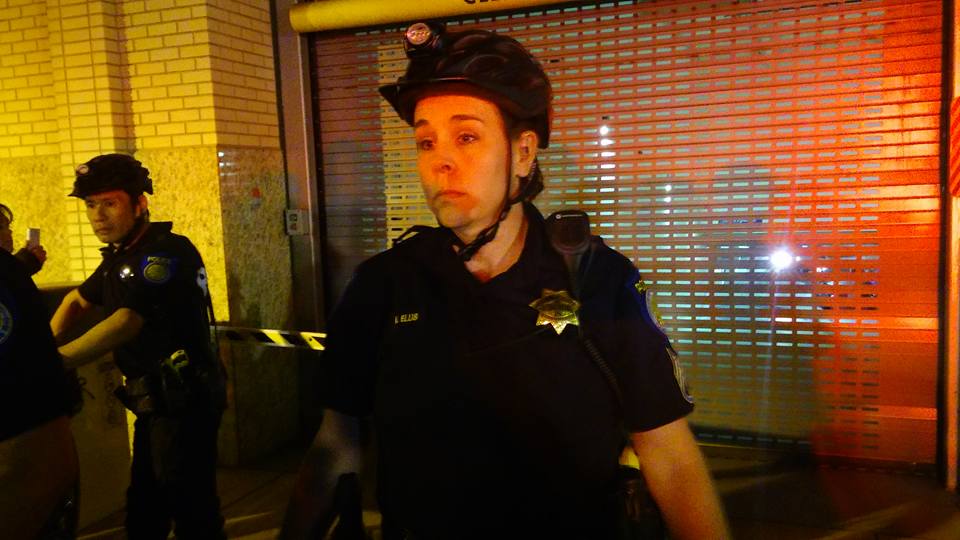 The encampment has been attacked by the police on multiple occasions. One night 52 cops in riot gear stormed the encampment and arrested seven people camping. On other occasions they have stolen tents port-a-potties and other camping paraphernalia.

Most recently the police were filmed offering one way bus tickets to the city of Lodi to the homeless people camped in front of City Hall. Community activists and organizer Christina Arechiga was present and captured officer Ellis trying to entice a man with a one way ticket to Lodi, CA. The officer was defensive and I doubt she was prepared to be called out on something that she probably thought was a wonderful gesture of kindness and goodwill. I know I always get the warm and fuzzies when people dislike me so much they spend other people’s money to try to send me away.

This officer who says she is helping by providing bus tickets to nowhere California didn’t take long to reveal her true colors. The next night officer Ellis was filmed as she shoved a man named Mo to the ground. I guess that’s what you get when you don’t leave town.

James(Faygo) Clark a local activist and member of the homeless community had this to say about the situation at the Sacramento city hall.

If you are available, any and all help is appreciated.