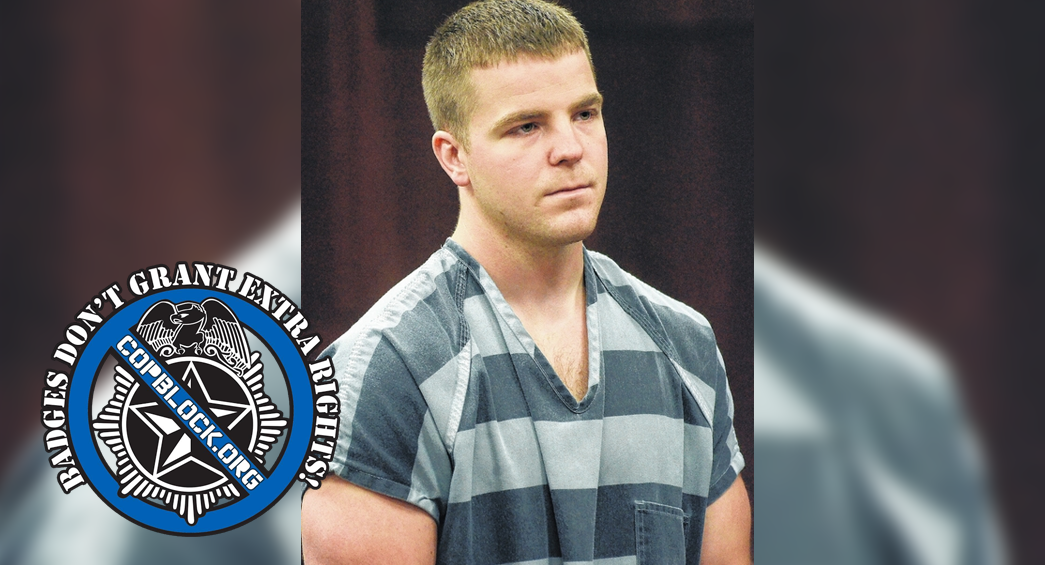 This post was submitted anonymously via the Submit tab.

Apparently on the night of June 10, 2015 in the evening to early morning hours Lima Police Officer Justin Bentz, age 27, was at home drinking with the younger sister of a roommate who was 16 at the time. The 5’2″ female weighing only 90 lbs claims that the officer convinced her to drink a shot. One shot turned to four or five, and eventually the girl was very inebriated. She claims that Bentz removed her pants and carried her to his bedroom where he raped her. She told him no several times but after being told to be quiet she remained so in fear, testifying in court that “Bentz had a gun and he told her he wanted to shoot someone, which was why he left his front door unlocked hoping someone would enter the house giving him the chance to do so.” Toxicology reports show the girl had a blood alcohol level of .12 to .19 percent rendering any physical defense nearly impossible. She was found by her sibling wearing only a tank-top and the incident was reported to the Shawnee Township police department immediately. With DNA evidence and a courageous victim this case appears to be a slam dunk for the prosecution.

Credit must be given to Lima Police Chief Kevin Martin for his swift and unwavering reaction to this situation. He reviewed the reports of incident without any hesitation or “lets not jump to conclusions” BS, and fired Bentz immediately. An out of county judge is hearing the case which should wrap up soon.

It must be noted that this same officer was involved in a shooting that left a Fort Shawnee man dead under questionable circumstances. One weekend in January 2011 Officer Bentz and his partner pulled over John Sowders for erratic driving. An altercation ensued and Sowders was shot in the back after supposedly brandishing a knife and cutting an officer on the hand. According to police reports Bentz did not fire the fatal shot but did fire his weapon. Apparently because of the statement he made later he must not be happy he did not get the killshot in this incident. It could be said that this officers experience in the line of duty may have led him to believe himself to be above others and the law. The morning after the rape Bentz reported to duty at the station as if nothing happened.

Up until this point the justice system has worked as well as it can in this situation. However in other instances police officers have been tried and convicted of serious offenses and received unbelievably light sentences. I hope for the victims sake and others that Officer Bentz receives appropriate punishment.