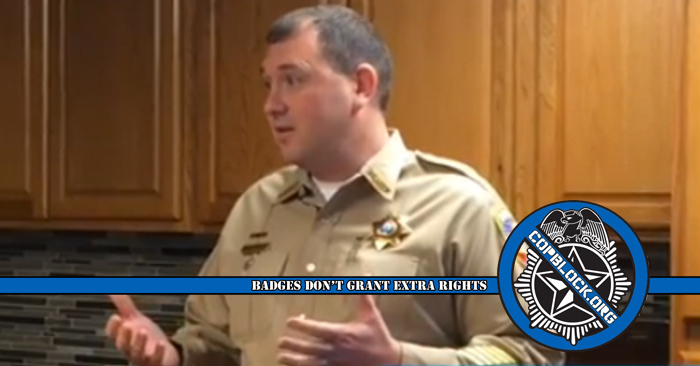 Murfreesboro, TN – Sheriff Robert Arnold of the Rutherford County Sheriff’s Office, who is currently under federal investigation by the FBI and TBI, reported to Murfreesboro Police on Monday night that he heard six to eight gunshots fired at his house, just a day after being served a $20 million lawsuit.

According to Arnold, he immediately fell to the ground and yelled to his wife to take their children upstairs when he realized what was going on.

“We all know, as soon as you put your uniform on, you’re a target,” Arnold said. “You make people mad when you’re just doing your job.”

During a press conference on Tuesday morning, Robert Arnold mentioned recent attacks on law enforcement nationwide and wondered if this incident could have been linked to Beyonce’s Superbowl performance.

“With everything that has happened with the Superbowl and law-enforcement as a whole, I think we’ve lost 5-7 officers since Sunday’s Superbowl . . . you know, that’s what I’m thinking. Here’s another target on law-enforcement,” Arnold said.

Arnold specifically mentioned “Beyonce’s video” and that it “led over into other things about law-enforcment.”

Although no damage was found to his house, Sheriff Arnold suspects that this was a drive-by shooting. “If they were proficient with a firearm and they were aiming at your house, you would think they’d be able to hit a house,” Robert Arnold stated, appearing puzzled.

According to Arnold, Murfreesboro and Rutherford County police have increased patrols in the area and there is also a deputy stationed at his house to keep watch over his family.

The incident is still under investigation.