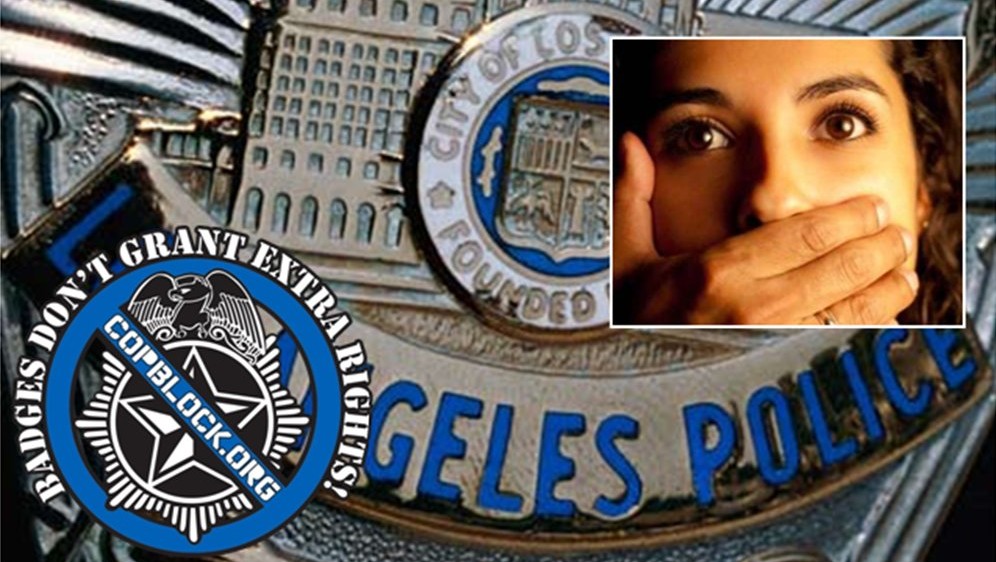 Two officers with the Los Angles police department have been charged with raping four women while on duty over a period of two and a half years.

Valenzuela also faces the additional charge of assault with a firearm and is accused of pointing a gun at one of the victims.

The sexual assaults occurred between December 2008 to March 2011 while the men worked as partners for the department’s Hollywood division and the victims were aged 19, 24, 25 and 34 at the time, prosecutors say.

It has previously been reported that the cops lured the women into unmarked vehicles, drove them to secluded areas, and forced to have sex with them under the threat of jail. The four women had previously been arrested by the officers for drug offenses and had worked as informants.

The first victim to implicate Valenzuela and Nichols came forward in January 2010, when she told a supervisor in their narcotics unit that the cops had stopped her more than a year earlier.

The woman, who worked as a confidential informant for the narcotics unit and knew the men, said they were dressed in plain clothes and driving a Volkswagen Jetta when Valenzuela threatened to take her to jail if she refused to get in the car – and then got into the back seat with her and exposed himself, telling her to touch him.

An investigation into the woman’s claim foundered, but a year later, another woman told supervisors that the two officers pulled up alongside her in a Jetta as she was walking her dog in Hollywood in late 2009 and ordered her into the car as well.

Having recognized Valenzuela and Nichols as the same cops who had arrested her in a previous encounter, and thinking they were investigating a case, the woman said she felt she had to comply.

Valenzuela then got into the back seat with her and handed her dog to Nichols, who drove the car a short distance to a more secluded area where the assault occurred.

The woman said she didn’t immediately report the incident because she felt humiliated, feared for her safety and thought no one would believe her. She would eventually settle a $575,000 lawsuit against the city in 2014.

Both cops were assigned to their homes in 2013 and were eventually removed from duty. They are scheduled to be arraigned on Thursday, at which time bail is expected to be set at $3.83 million for Nichols and $3.76 million for Valenzuela.

“I will say again, any officer that abuses the public’s trust is not welcome in the LAPD and we will continue vigorously investigating officers accused of alleged crimes and cooperate fully with the District Attorney’s office,” LAPD Chief Charlie Beck said Wednesday.

If convicted, both officers would face up to life sentences in prison.