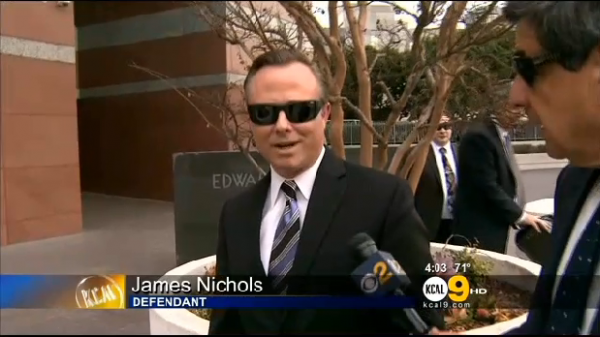 The officers, who were charged yesterday, are expected to be arraigned Today (2/18/2016).Officer Valenzuela is also accused of holding one of the women at gunpoint, presumably during one of the alleged sexual assaults. At the time of the assaults, the victims ages are 19, 24, 25, and 34.

Detectives for the LAPD conducted the criminal investigation into the pair of officers and felt there was sufficient evidence to warrant the felony charges and arrests.

Back in January, the city agreed to a payout of almost $600,000 to one of the victims. The victim claimed that the officers forced her to have sex, threatening jail time for her if she refused.

Nichols and Valenzuela, both 41, were working as narcotics detectives in Hollywood in 2010 when they arrested the woman, according to one of her attorneys, Dennis Chang, and a search warrant affidavit LAPD investigators filed as part of their criminal investigation into the officers’ conduct.

The officers offered to help free the woman from custody as she awaited trial and win her a lenient sentence if she agreed to work for them as an informant on other investigations, according to Chang and the affidavit.

Over the next year, Nichols and Valenzuela confronted the woman repeatedly, telling her they would no longer help her in her case unless she had sex with them, Chang and the affidavit said. She agreed, she told investigators, out of fear the officers would send her back to jail if she refused.

The officers used similar threats on three other woman who also worked for them as informants or knew the officers from previous arrests, the affidavit showed. One of the alleged victims said the two officers pulled up alongside her in a Volkswagon Jetta as she was walking her dog in Hollywood. The officers, whom she recognized as the same cops who had arrested her previously, ordered her into the car, according to the affidavit.

The woman said she felt compelled to comply. Valenzuela, she said, got into the back seat with the woman and handed her dog to Nichols, who drove the car to a more secluded area. “Why don’t you cut out that tough girl crap,” the woman recounted Valenzuela saying as he forced her to perform oral sex on him, according to police records contained in the warrant.

2.4k
SHARES
FacebookTwitterGoogleRedditTumblr
DiggLinkedinStumbleuponMailPrint
EPN
You Can Support Cop Block by shoppping on Amazon using the banner below:
BANNERS ARE CLICKABLE