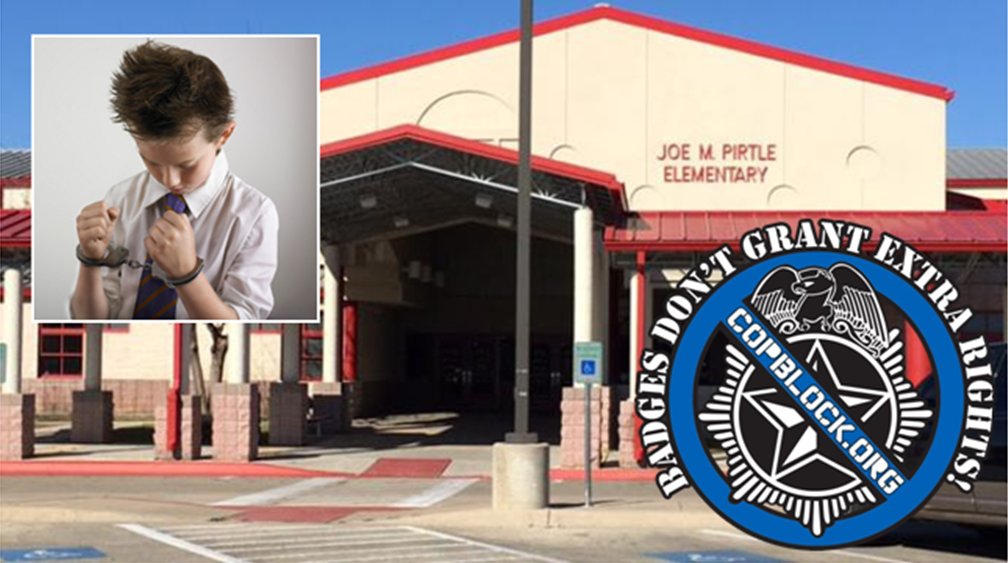 Parents are outraged after a resource officer at Pirtle Elementary School in Temple, Texas handcuffed and detained their 8-year-old second grader on Tuesday.

The boy, who has been diagnosed with attention deficit hyperactivity disorder, reportedly got in trouble for making fun of other students and was told to take a time out at the “d-hall table,” but refused.

According to a disciplinary notice from the school, the child started shoving trays and throwing chairs before he was taken to the principles office and told to calm down. Instead, school officials said he “screamed, hit, kicked and [threw] items such as books and chairs.”

One of the second-grader’s parents were contacted to calm him, the disciplinary notice said, and a school resource officer was advised of the situation after his behavior did not improve.

Police said the officer was sent to the school at around 12:30 p.m. in response to a report that “teachers were having a very difficult time controlling a second grade student who was later determined to be experiencing an emotional crisis” – and arrived to find administrators “unsure of what steps needed to be taken.”

The officer told the boy to sit in a chair, but “the student continued to respond in a manner that placed himself and others at risk of possible injury, police said – and “in an effort to prevent the student from injuring himself or others, he was placed in restraints.”

Police said the “restraints proved to be ineffective” because of their size however, so the officer “maintained control of the student until [the] parent arrived.”

Belton Independent School District Superintendent Susan Kincannon has apologized to the family of the child and said officials  “are continuing to investigate th[e] incident.”

“I want to apologize to the student and the student’s family,” Kincannon said. “It is not our practice to call the police for unruly elementary students.”

Police have admitted that they did not follow “standard practice” either in the incident by handcuffing the boy, but said “the officer felt it necessary in order to prevent the possibility of injury to the student and staff.”