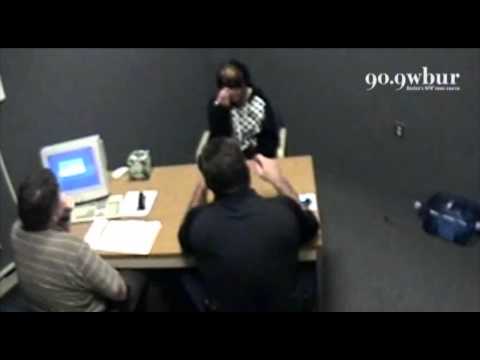 On September 12, 2014 Eric Frein allegedly ambushed Bryson Dickson and Alex Douglass in front of a Pennsylvania state trooper barracks. Frein was captured after a 48 day manhunt. He pleaded not guilty and is currently incarcerated awaiting trial. Prosecutors are seeking the death penalty for his alleged crimes.

Yet, long before Frein was apprehended, Jeffrey Hudak was arrested and vigorously interrogated. Why? Because his estranged wife had been maintaining a relationship with Alex Douglass – one of the troopers injured in the attack. There was no evidence Hudak was involved and contends his detainment was based purely on speculation that he had tried to kill Douglass out of jealousy for his estranged wife’s relations with Douglass.

The day after the ambush, a SWAT team surrounded Jeffrey’s house and without an explanation dragged him off to be interrogated. According to a lawsuit filed in the US district court in Scranton, “Pennsylvania State Police had absolutely no legal basis for the warrantless arrest.”

Mr. Hudak’s questioning lasted for seven hours and during that time period many of his basic rights were violated. Hudak called his sister, who called an attorney. When Bernard Brown, the attorney retained for Hudak arrived, the police refused to let him in the interrogation room. By the time he was allowed in the questioning was just about over.

The investigating officers also kept Hudak from using the restroom without first, providing them with a DNA sample and allowing them to swab his hands for gunshot residue.

Hudak had never committed a crime or in any way act in a manner that would warrant police attention. His only “crime” was being in the middle of a divorce with the lady that was sleeping with one of the officers injured in the ambush.

George Reihner, the lawyer who filed the suit, said Hudak was “devastated” and “scared to death.” Hudak described the experience as “his heart beating out of his chest.” Reihner continued by saying that the officers played good cop bad cop with his client and kept saying he was jealous of his estranged wife’s relationship with Douglass.

They were intimidating him in a very intense interrogation accusing him of murder because of jealousy regarding a woman he was in the middle of a divorce proceeding with,” Reihner said.

Without warrants or some form of reasonable suspicion other than, “Douglass was banging your ex-wife. We know you’re jealous and tried to kill him.” This entire interrogation was given under duress and any actual evidence would have to be thrown out in court.

If Hudak had been the shooter the investigation would have been ruined by the blatantly illegal interrogation. Any lawyer worth their salt would have this testimony thrown out in court. Any testimony procured from Hudak under these circumstances would have been provided under duress and could not be relied upon as the truth of the matter based directly on the manner in which it was gained.

The lack of respect for the law on the officer’s part throughout the interrogation of Hudak could have resulted in a murderer walking free. These officers let their personal feelings blind their search for the real person who murdered their friend and co-worker. Seems that government police are unable to provide actual police services to anyone, including their own.