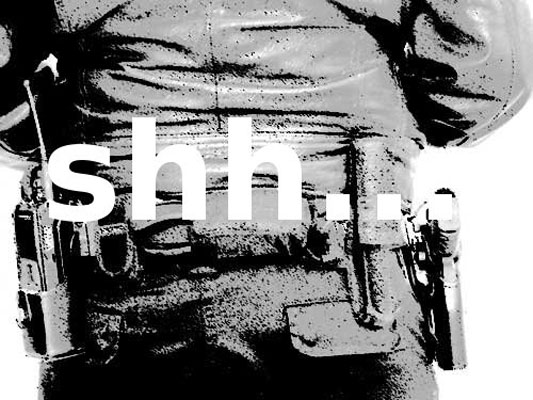 We’ve been hearing a lot about criminal justice reform, a movement with support from both republicans and democrats who acknowledge the myriad problems with the huge numbers of people we send to jail and prison each year, why we send them there, and how we send them there. However, this is a movement that has apparently not reached Virginia, a state whose legislative body seems to be intent on doubling down on costly (in financial and human terms), ineffective, and harmful “tough on crime” bills that undercut government accountability and transparency and attack our civil liberties.

One of the worst examples of this is Senate Bill 552, which aims to exempt the “names, positions, job classifications, and other identifying personal information” from being released under Virginia’s Freedom of Information Act. This bill has already been approved by the Virginia Senate, and if the Virginia House of Delegates passes it, it’s likely Governor McAuliffe will happily sign it into law, based on his previous actions regarding law enforcement and release of information.

The Virginian-Pilot newspaper reports that this “Secret Police” law would be the first of its kind in the nation. What an ignoble distinction for a state that so proudly refers to itself as a commonwealth, “a state in which the supreme power is vested in the people,” and boasts “Sic Semper Tyrannis (Thus Always to Tyrants)” for a state motto.

The bill is part of a growing movement inside the law enforcement community to shield officers from scrutiny after a rash of controversial police shootings around the country prompted protests and increased focus on officers, said Samuel Walker, professor emeritus of the School of Criminology and Criminal Justice at the University of Nebraska Omaha and a longtime law enforcement scholar.

“This is part of the broader culture of shielding officers from being held accountable for their actions,” Walker said. “And this is in the absence of any specific credible evidence that officers are targeted for that request. There’s no basis for that position.”

Senator John Cosgrove of Chesapeake, and at least one other senator who voted for this bill invoke the fictitious War on Cops rhetoric, despite not referencing a single incident where public access to police officers’ names and position information has led to an attack on an officer. This is despite the fact that the Richmond Times-Dispatch has published a database of state employee salaries, including the names, positions, and salaries of personnel with the Virginia State Police, Capitol Police and, Department of Alcoholic Beverage Control (of Martese Johnson and Elizabeth Daly infamy) for years.

In the few examples that lawmakers can point to where police officers were targeted and assassinated specifically because they were law enforcement officers (as opposed to being killed by criminals attempting to avoid apprehension), Darren Goforth in Houston,  Wenjian Liu and Rafael Ramos in New York City, Alyn Beck and Igor Soldo in Las Vegas, the murderers targeted officers they encountered out in public. They did not reference lists of police officers and then track down specific cops based on that information.

Perhaps Cosgrove’s next bill will prohibit uniforms, marked patrol cars, and any other identifying gear that will make cops “easy targets” in the War on Cops.

When Senator Cosgrove introduced the bill he spoke with a revealing candor that he probably regrets now:

“Cosgrove said during an earlier subcommittee hearing that he filed the bill in response to a November court ruling allowing The Virginian-Pilot access to names, agencies and employment dates for current Virginia police officers. The newspaper is examining how often officers who got in trouble were able to find other jobs in law enforcement.”

Three things to note about this:

SB552 comes at a time when numerous news reports have shown that government agencies routinely refuse to adhere to the law when FOIA requests are made and that the excessive number of exemptions already present in the law effectively nullify the law’s promise to ensure “ready access to public records in the custody of a public body or its officers and employees.” The exemption for criminal investigations has long been known to be especially problematic, and a barrier to accountability in law enforcement.

A few examples of how this exemption has been used:

SB552 would also keep the public from finding out about nepotism and other forms of political graft, and even fact-checking fraudulent claims about pay for state troopers. Did the local sheriff hire family members or a campaign donor? It’s hard to say when you don’t even know who works for the department at all.

This legislation not only shields unfit cops and crooked employees engaging in graft from accountability, it also plays into an unfounded paranoia that feeds on itself and puts the public at unacceptable risk. Virginia’s “protected voter” registration policy already prompts law enforcement officers to feel they are under the same kind of specific, active threat as someone who has a court-ordered issue of protection, a feeling encouraged by SB552 and other bills like it.

But there’s also a much more pernicious effect of exaggerating the threats faced by law enforcement. When cops are constantly told that they’re under constant fire, or that every interaction with a citizen could be their last, or that they’re fortunate each time they come home from the job in one piece, it’s absolute poison for police-community relations. That kind of reminder on a regular basis would put anyone on edge. We’re putting police officers in a perpetually combative mindset that psychologically isolates them from the communities they serve. Incessantly telling cops that they’re under fire can condition them to see the people with whom they interact not as citizens with rights, but as potential threats. That not only means more animosity, anger and confrontation, it can also be a barrier to building relationships with people in the community — the sorts of relationships that help police officers solve crimes and keep communities safe.

It also just makes for a miserable work life. If you’ve been trained to think your job is getting progressively more dangerous, and that a significant percentage of the people you encounter on a daily basis want to do you harm, you’re going to be less tolerant of dissent. You’re going to constantly be on-guard, on-edge, and jumpy. That isn’t a state of mind that’s conducive to de-escalation, that opts for persuasion over brute force, or seeks out peaceful conflict resolution. It’s a state of mind ruled by the limbic system, not the frontal lobe. And yes, it’s a state of mind that makes an officer more likely to reach for his gun. Again, this isn’t a comment on cops. It’s a comment on human beings in general.

Senate Bill 552 exposes an animus towards the ideas of transparency and accountability incompatible with government oaths of office, and a willingness to indulge law enforcement with War on Cops hyperbole verging on the hallucinatory, guaranteeing more unjustified killings by officers perpetually primed to “fear for their safety” in the process.

516
SHARES
FacebookTwitterGoogleRedditTumblr
DiggLinkedinStumbleuponMailPrint
You Can Support Cop Block by shoppping on Amazon using the banner below:
BANNERS ARE CLICKABLE