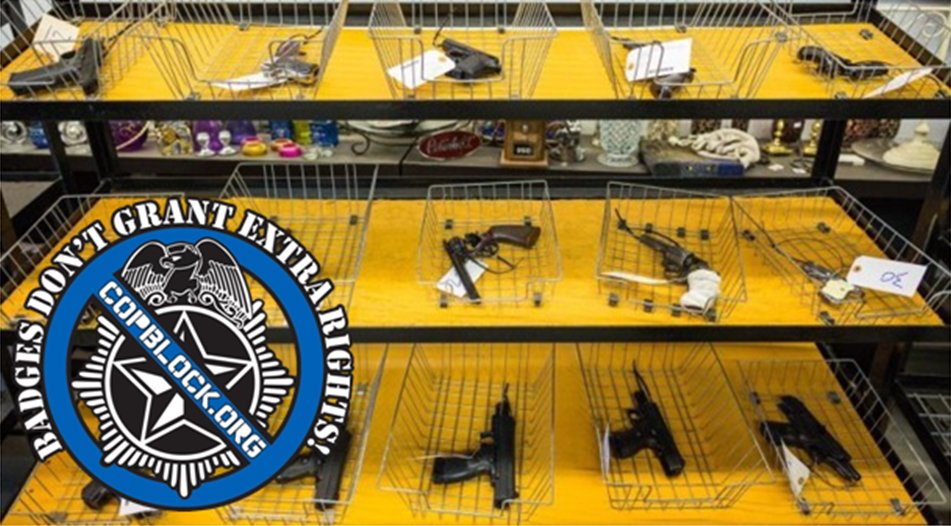 It has been revealed that two dozen firearms have gone missing from an evidence locker at the Washington, D.C. Metropolitan Police Department, with some being used in other crimes.

According to an internal memo from the D.C. Department of Forensic Sciences, officers first confiscated the weapons between 2005 and 2012 – but some were later confiscated again after being used in additional violent crimes, while others were returned and mysteriously re-logged into the police database.

The revelations give serious credence to allegations that officers or federal employees who have access to the locker have been using the firearms for their own nefarious purposes.

Discrepancies arose when serial numbers used to catalog the weapons came back attached to multiple cases. The forensics agency reviewed the findings and gleaned that half of the guns may have just had their registrations duplicated.

The other 12 guns however, were not connected to duplicated entries and were involved in a lot of shady circumstances.

According to the DFS memo, a .357 revolver was confiscated by U.S. Parks Police in 2008. It was sent to the MPD Firearms and Toolmark Examination Unit to be test-fired, but was later found at the scene of a homicide in 2009.

In another case, a Taurus .38 Special revolver was submitted to be test fired after police recovered it from its owner in 2011. In 2014 however, the firearm came back into the possession of police after it was submitted as evidence in an assault on Special Police Officer Delonte Yate.

Special Police Officers are essentially security guards in Washington, D.C. that are employed by government agencies and can carry firearms and make arrests.

The weapon was logged as a “police officer’s firearm” and it is unclear whether Yate was in possession of it or if it belonged to the perpetrator of the assault.

“Without any additional records from 2011, it is unclear how the Taurus .38 Special left MPD custody at the 1st District Property to become a ‘Police officer’s firearm’ in the 2014 [assault on a police officer],” the DFS memo states.

In a 2009 case, police took possession of another .38 special from a defendant charged with carrying a pistol without a license.

The evidence log for the firearm was left blank, and in 2012, a police investigation involving the same weapon found it in the possession of a Special Police Officer with the Tri-Sec Investigative Service named Teron Bridgett.

Investigation notes in the case list the owner of the gun as a man named Maurice Lynch. The notes say the firearm was being kept in police custody until Lynch could pass a “Fitness for Duty” test.

Again, according to the DFS memo, “due to the lack of records from the 2009 [carrying a pistol without a license] case, it is unclear how the Taurus .38 Special left MPD custody to end up in the possession of Maurice Lynch in 2012.”

The memo says “further investigation” will have to be taken in the various cases to sort out exactly what has been going on with the various federal police agencies in D.C., but one can assume that the truth will not be forthcoming.

D.C. officials have not commented on the revelations.