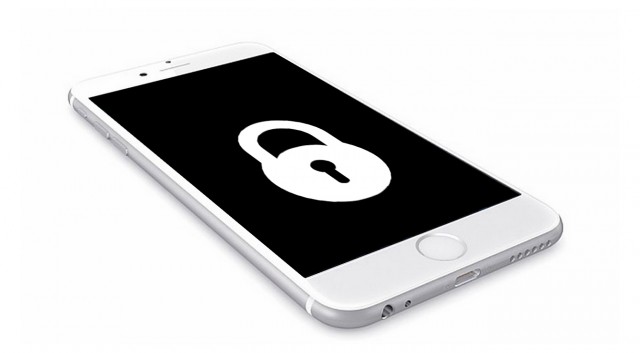 In a recently published report, from the Pew Research center on U.S. policy and politics, shows that over half of people who participated support the Justice Department over Apple in the ongoing dispute over whether or not Apple should be complying with the FBI and their request to open a back door into the Apple iPhone. A sobering 38 percent support the company’s positions. Cyber security guru John McAfee has even volunteered to decrypt the phone for free in order to prevent this from happening. Read the entire report below.

As the standoff between the Department of Justice and Apple Inc. continues over an iPhone used by one of the suspects in the San Bernardino terrorist attacks, 51% say Apple should unlock the iPhone to assist the ongoing FBI investigation. Fewer Americans (38%) say Apple should not unlock the phone to ensure the security of its other users’ information; 11% do not offer an opinion on the question.

News about a federal court ordering Apple to unlock the suspect’s iPhone has registered widely with the public: 75% say they have heard either a lot (39%) or a little (36%) about the situation.

The latest national survey by Pew Research Center, conducted Feb. 18-21 among 1,002 adults, finds that almost identical shares of Republicans (56%) and Democrats (55%) say that Apple should unlock the San Bernardino suspect’s iPhone to aid the FBI’s ongoing investigation. By contrast, independents are divided: 45% say Apple should unlock the iPhone, while about as many (42%) say they should not unlock the phone to ensure the security of their other users’ information.

However, independents who lean toward the Republican and Democratic parties – unlike those who identify as partisans – hold very different views. By a 58%-32% margin, independents who lean Republican say that Apple should unlock the iPhone. By contrast, 55% of Democratic leaners say Apple should not unlock the iPhone, while 34% say that they should. There are only modest differences in views across levels of educational attainment over whether Apple should unlock the iPhone.

Those who have heard a lot about the dispute (39% of the public) hold similar views as those who have heard less about it. About half of both groups say Apple should unlock the iPhone to aid the ongoing FBI investigation, while somewhat fewer say they should not unlock the phone to ensure the security of other users’ information.

Among those who personally own an iPhone, views are about evenly divided: 47% say Apple should comply with the FBI demand to unlock the phone, while 43% say they should not do this out of concern it could compromise the security of other users’ information.

Among those who own a model of smartphone other than the iPhone, 53% say Apple should unlock the phone, compared with 38% who say they should not.

The analysis in this report is based on telephone interviews conducted February 18-21, 2016 among a national sample of 1,002 adults, 18 years of age or older, living in the continental United States (501 respondents were interviewed on a landline telephone, and 501 were interviewed on a cell phone, including 312 who had no landline telephone). The survey was conducted by interviewers at Princeton Data Source under the direction of Princeton Survey Research Associates International. A combination of landline and cell phone random digit dial samples were used; both samples were provided by Survey Sampling International. Interviews were conducted in English and Spanish. Respondents in the landline sample were selected by randomly asking for the youngest adult male or female who is now at home. Interviews in the cell sample were conducted with the person who answered the phone, if that person was an adult 18 years of age or older. For detailed information about our survey methodology, see http://www.pewresearch.org/methodology/u-s-survey-research/ The combined landline and cell phone sample are weighted using an iterative technique that matches gender, age, education, race, Hispanic origin and region to parameters from the 2014 Census Bureau’s American Community Survey and population density to parameters from the Decennial Census. The sample also is weighted to match current patterns of telephone status (landline only, cell phone only, or both landline and cell phone), based on extrapolations from the 2015 National Health Interview Survey. The weighting procedure also accounts for the fact that respondents with both landline and cell phones have a greater probability of being included in the combined sample and adjusts for household size among respondents with a landline phone. The margins of error reported and statistical tests of significance are adjusted to account for the survey’s design effect, a measure of how much efficiency is lost from the weighting procedures.

The following table shows the unweighted sample sizes and the error attributable to sampling that would be expected at the 95% level of confidence for different groups in the survey:

Sample sizes and sampling errors for other subgroups are available upon request.

In addition to sampling error, one should bear in mind that question wording and practical difficulties in conducting surveys can introduce error or bias into the findings of opinion polls.

Pew Research Center is a nonprofit, tax-exempt 501(c)(3) organization and a subsidiary of The Pew Charitable Trusts, its primary funder.