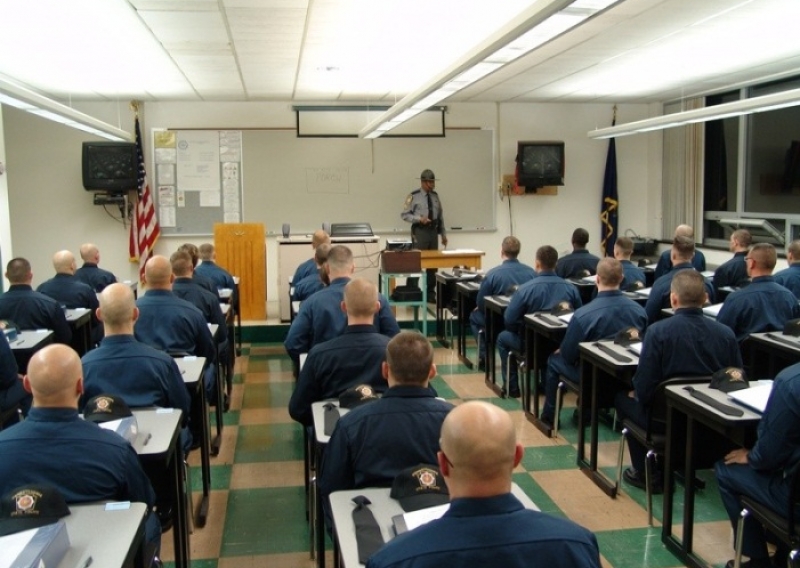 This story was originally reported by Marc Levy of the Associated Press.

HARRISBURG, Pa. —An investigation into cheating at the Pennsylvania State Police academy has effectively forced out 29 cadets, the force’s commander said Wednesday, just three weeks before the class is scheduled to graduate.

Pennsylvania State Police Commissioner Tyree Blocker gave only a few details about the probe into the academy’s 144th graduating class, saying the investigation is ongoing. The nearly 70 cadets remaining in the class are scheduled to graduate in mid-March.

“We’re working very diligently at bringing some closure to the investigation,” Blocker told reporters. “However, I want to be clear. We will not leave any stone unturned when it comes to the integrity of the Pennsylvania State Police.”

Some of the 29 were dismissed and others resigned, he said.

Blocker also briefed state senators during an Appropriations Committee hearing on the status of the 29 cadets. Agency officials, he told senators, believe they have “very sound investigative information that indicates that those individuals were a party to what’s being described as a cheating scandal.”

During the more than six months of training, cadets are subject to a battery of written tests.

Blocker said a discovery by the academy staff prompted the investigation and that the testing process was compromised. He said the agency is reviewing the testing methodology, but he would not describe the manner of cheating that is under investigation or what spurred the probe.

Blocker first disclosed on Feb. 4 that the internal affairs unit was conducting a “full and comprehensive” investigation. He said the investigation began in December and involved dozens of interviews and an extensive collection of evidence.

With more than 6,000 uniformed and civilian personnel, the Pennsylvania State Police is one of the nation’s largest law enforcement agencies.