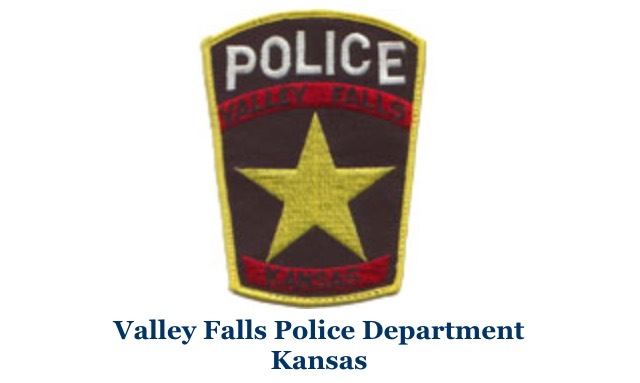 This story was submitted via the submit page by Jamie Petitt. Submit your story of police abuse HERE.

Valley falls, KS – I messaged my Facebook friend about six months ago, one message on 9/3/15 and another on 9/4/15, because she was harassing my family. I simply gave this person a piece of my mind and told them exactly what I thought of them. In no way did I threaten, or even call this person names, but they didn’t like it so she called the cops. The first officer that came to my house said no crime has been committed and it’s only harassment if they tell you to stop and you don’t. They said just don’t message this person again. I told him that I have no desire to message this person again and would like if they stopped contacting my family and I. Then, I voiced to that officer that I do not trust the Valley Falls Police Department because of something that happened four years ago. The officer stated ma’am everything is being recorded. I stated I didn’t care and wished for this to be over with now. The officer told me that no crime has been committed and as long as this person hasn’t told me to stop, I committed no crime. The officer agreed I had broken no law.

From that day when I agreed not to message her again, I never did. The next day, my husband dropped off my statement to Chief Bronson Campbell. The chief immediately started grilling him about what I said on the recording the other day. He was talking about me not trusting his department. My husband said don’t worry about that she was just talking about a bad cop she dealt with four years ago. As soon as he said the words “bad cop,” the chief started reading him his rights and acted as if he was putting him under arrest because he said something about a bad cop. Then, the chief kept trying to get my husband to write a written complaint on this cop from four years ago. My husband told him, no we do not want to write any complaint on anybody from four years ago, we just want to be left alone. I would only assume that this chief wanted him to write a written complaint because if you complain about an officer in written form and it’s found to be not true this could be a felony. As we know, they investigate themselves so it will almost always be a false allegations against the officer.

After repeated attempts to try and get my husband to write a written complaint about an officer from four years ago, he kept grilling him about the person I messaged and basically interrogating him about everything that was said on the officers body cam recording the day before. Now mind you, my husband knows nothing about Facebook and told them so.

Two days later, I got a letter in the mail that Chief Bronson Campbell wrote a complaint to the district attorney to file charges on me for harassment by telecommunications device because he claimed my husband flagged him down and told him I was going to keep harassing this person on Facebook. My children’s father never said that. This was in retaliation because I expressed my dislike for his department. Several days later, he sent an officer to my house to search every room and every closet because someone said I had a pitbull there. We told the officer before he came in that we had no pitbull here, but they still felt the need to look in every nook and cranny in my home and scare my children. I also heard a police scanner go off outside my bedroom window several weeks later. I did try to call the mayor and make a complaint as the chief did not tell the truth when he wrote his letter to the district attorney. His letter had stated that I would continue to harass this person on Facebook – this was not true. But the mayor was not concerned with my complaint against the chief. He was only concerned with me saying that his department was corrupt. He even told me that he would tell the district attorney that I said his department is corrupt. Apparently, the mayor is not concerned about his citizens – only his chief.

On February 3, 2016, the chief got a warrant to come to my house at 10pm with three police officers for little ole me and scare my children again. He had me arrested for these two Facebook messages from six months ago. Keep in mind, these two messages were just me telling this person a piece of my mind.  I still do not trust the chief. This chief knows I’m an activist and I protest about police brutality and even go on many public internet forums and speak out against police misconduct and brutality. I also thought it was odd that on the same day they mailed the warrant, they arrested me at my home. I believe this was an intimidation and harassing measure that the chief used as retaliation against me. I have now spent $3,000 on a lawyer for my court date, which is coming up on March 7th. That amount still doesn’t count the fines I may or may not get when I go to court for this bullshit charge of harassment by telecommunications device.

I would like to get my story out there, not only to show how one butt hurt chief can lie and forever change someone’s life, but I also want to show the war on the poor in our court rooms. This will probably cost me $5,000 by the time I’m done, or more, but I am fortunate that I have the means to get a loan for the money. If I wouldn’t have had the money to bail out, I would have had to sit in jail for 2 months before my scheduled court date. I haven’t even been proved guilty yet. Not to mention, we are looking to sell our house because I do not think the harassment from this chief is over. I figure if I get the word out, maybe he will leave my family & I alone. Even my lawyer said the two messages just sounded like an upset mother. This chief’s behavior is unpredictable, and he has two previous civil lawsuits against him, one in Enterprise, KS & another in Oklahoma. It seems like he has skipped around to several police departments – his wife even lives hundreds of miles away (I think he’s having issues finding work close). In fact, when he left Enterprise, they dismantled the whole police department and no longer one. Times have especially been hard for my family – eight months before this incident, I was in a massive car accident & suffered 14 fractures causing me to be wheelchair-bound for months. Not only has this taken a financial toll on my family, but we have recently been told this may also jeopardize our chances of adopting.