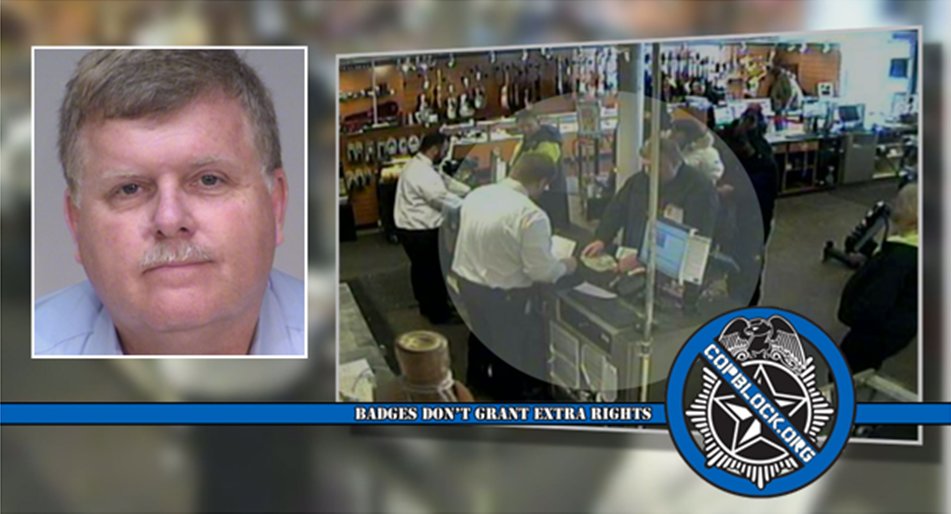 In June, 2012, thousands of dollars worth of jewelry was taken in a home burglary from the family of David Belles. The items included a tennis bracelet, a diamond necklace and several valuable rings.

Ramsey County, Minnesota Sheriff’s Deputy Thomas Rudenick was assigned the case, but there was a twist: he would latter re-steal the jewelry.

In pawn shop surveillance footage, Rudenick was caught. He sold some of the items for only a fraction of what they were worth after tracking them down during his investigation.

The deputy’s criminal activity was exposed in 2015 after he resigned and an inventory of his cases revealed discrepancies in the way he handled evidence.

Investigators also found that Rudenick had seized surveillance video and signed pawn receipts proving who had originally fenced the stolen goods – leading some to speculate that it had actually been Rudenick himself.

Now, because of the three year statute of limitations in the state of Minnesota, the burglar of Belle’s home cannot be charged in the case.

Rudenick eventually pleaded guilty to felony theft as a part of a plea agreement and was sentenced to only one day in jail. He was credited with “time served” and only actually spent a total of five hours in a cell on the day of his arrest.

In a further insult to his victims, Rudenick was only ordered to pay restitution in the amount of just a few hundred dollars – the pawn value of the jewelry as determined by the shop, and not the amount it was actually worth.

David Belles says the biggest loss to his family was an heirloom diamond engagement ring passed down to him by his late father that was supposed to be given to his future bride.

“To have this kind of thing happen is just unbelievable,” Belles said. “I thought it was a joke. It’s infuriating. It’s wrong. It feels like you’ve been wronged!”

The ring would latter be sold by the pawn shop to someone for $11,000. Since the shop waited the legal amount of time before selling the item, the Belles family have no legal right to recover it.

They have been told the only way they can get it back is to buy it from the third party that purchased it from the shop. A GO FUND ME page has been set up to help raise money to do just that.

To top it all off, deputy Rudenick was allowed to keep his entire pension after resigning – the taxpayer funded amount of $59,000 a year, and has faced no further scrutiny.