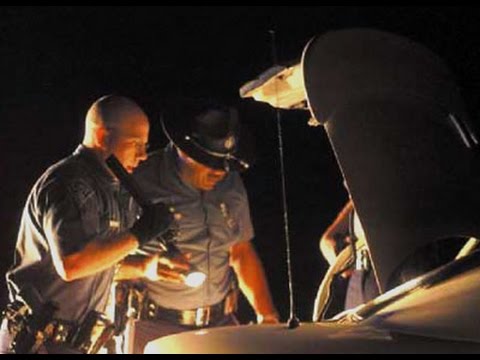 Amidst grounding itself, a post-Scalia supreme court stands compromisingly deadlocked. Before its remaining justices sits a case which, if lost, could further weaken Fourth Amendment protections. The now decade old battle, however, gives the court a chance at redemption from a questionable history. It’s a choice of a generation, similar to the daunting task of replacing a supreme court justice.

Recent years have seen supreme court rulings, the New York Times reports, erode protections against illegal searches. Perhaps that’s good news for cops trying to meet quota, but the policed are appalled. Justice Scalia’s death, however, may or may not impede the court’s ongoing Fourth Amendment track record. An enduring, hotly contested case just might give the deadlocked justices a chance to deliver just that–justice

Utah vs Strieff (2006) challenged judges with the complicated choice of defending constitutional rights, or collecting police evidence. Edward Strieff, the New York Times reports, was arrested after Salt Lake City police interrupted his walk to a convenience store. After following an anonymous drug tip, officers monitored a dwelling for several days. Amongst the frequent foot traffic, officers noticed, was Strieff, prompting a stop. A “small traffic warrant” was gleaned from an I.D. scan , at which point the arresting officer–Detective Douglas Fackrell–searched Edward. Strieff’s retrieved methamphetamine and paraphernalia, according to the New York Times, earned him a ride in Fackrell’s backseat.

Utah’s supreme court initially ruled the search illegal due to a lack of reasonable, individual suspicion against Strieff.  You, or Detective Fackrell, may disagree, but Edwards’ warrant left the court unmoved. Strieff’s meth is fruit from the poisonous tree, in more ways than one, and can not be used against him as such. Supreme court rulings, however, have circumvented this in the past. “Clerical errors,” the New York Times reports, have been used as valid exemptions from this protection. That’s exactly what the prosecution argued, Fackrell made a “good faith” mistake in the line of duty. Attorneys even went as far as to suggest suppressing this evidence would harm society more than if it were used against Edward.

Their argument, however, all but discounts two factual realities: locking up drug users and weakening constitutional protections does profound harm. “What stops us from becoming a police state”, declared Justice Sonia Sotomayor, “and just having the police stand on the corner down here and stop every person, ask them for identification, put it through, and if a warrant comes up, searching them?” Another justice, Elena Kagan, invoked the hell such a ruling would bring to low income, and/or minority communities.

They were wise to make this consideration, being that Utah vs Strieff rings shades of Ferguson’s so-called debtors prisons. Justice Sotomayor, according to VOA News, cited the 80% of Ferguson’s residents with traffic warrants, and how this enticed police abuses. Ferguson’s police departments were well nourished with a steady stream of arrestees, from which several factions of the city would profit. In this sense, the City of Ferguson deserved any lawsuit it wrought through it’s own predatory exploitation of residents. Chief Justice John Roberts disagreed, arguing an officer being afraid for their safety is enough cause to run a search. Like any vest clad, rifle toting “warrior”-cop who shoots a small dog would say, “I feared for my safety.”

Ultimately justices stalemated themselves with a 4-4 ruling,  frustrating without a tie-breaker. Justice Scalia’s death has opened many uncertain doors of possibility, this case’s ramifications among them. If the prosecution wins, then police will be that much more able to use evidence gleaned from illegal searches. If the defense wins, then Fourth Amendment protections, or what’s left of them, live to fight another day. Would it really be politically wise, however, for justices to rule against such a sacred and valuable protection? Our justice system is ripe with loopholes and bypasses, all of which see exploitation by any manner of state entities. In a time livid with a resounding call for police reform, and public frustrations form the right-wing to the left mounting, is there any compromise?