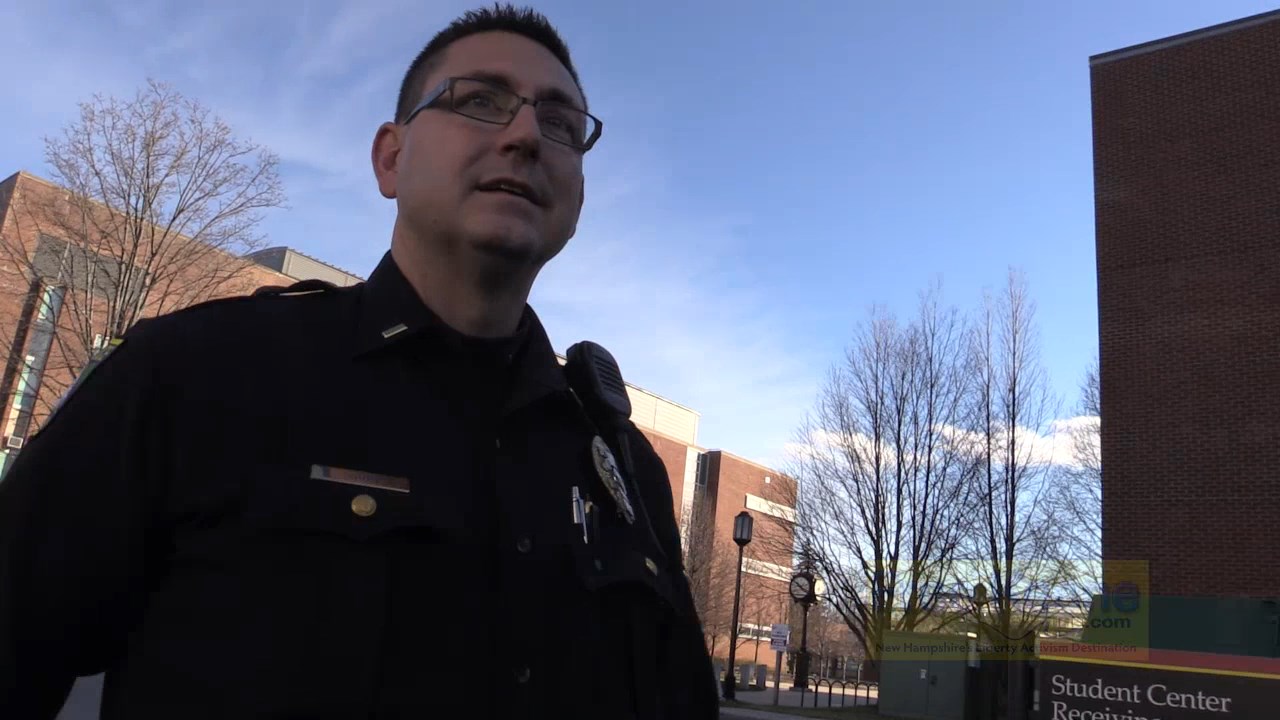 In November of 2015 the Secret Service gang came to Concord and took over the state house property, stripping all entrants (except law enforcement) of their weapons. They even took Vermin Supreme’s pony.

It seems that wherever the Secret Service goes, the supposed rights guaranteed by the constitutions, both NH and US, disappear. In December they visited Keene State College where Keene police officers were used to supplement the Secret Service agents. Ben Carson, one of the Republican presidential candidates, was scheduled to speak.

After subjecting my camera bag to a dog sniff as well as a metal detector just to get in the building, I decided to go outside and see if I could ambush interview Carson as he arrived. However, multiple KPD officers and secret service had set up a “secure zone” behind the building. Here’s the video of what happened:

Just three days prior to the Carson event, James Cleaveland had won in court after being illegally arrested by state police at the scene of a suicide in 2014. This fact did not stop Keene police officer Jason Short from threatening me with arrest for not moving back fast enough from the alleged “secure zone” outside the college’s student center.

I mentioned the state police’s loss in James’ case and Short told me that he, “won’t lose this one” as he told me to move back to the dumpsters. I began moving back, but not fast enough for his liking. He then tells me I have three seconds or else I get kidnapped.

As I am currently under a suspended sentence, I complied. That said, despite Short’s confidence, I submit that his arrest, had he made it, would not have held water. Independent journalist and Free State Project early mover Dave Ridley won in a similar case where he wasn’t backing out of a Nashua hotel parking lot fast enough for the police’s liking and got arrested.

I look forward to the day when NH secedes from the United States and Keene police can focus on doing positive community policing rather than spending time protecting lying politicians.

Also, I’m excited for the coming arrival of thousands of libertarian activists (which will include cop blockers) to New Hampshire. This video would have been a lot more fun with a few more people on the side of freedom. If you love liberty, come join us!