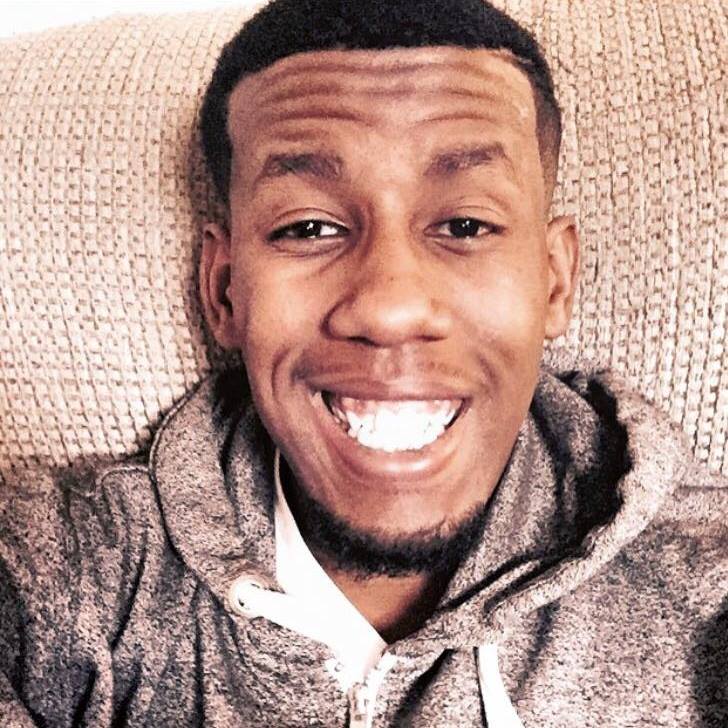 A consistent disconnect persists throughout our collective conversation on police, and their relationship with the heavily policed. For many minority groups–including African Americans– “if” does not apply to whether they’ll interact with police, but instead “when”. As such, if you’re part of these communities, then it’s just a matter of time until things hit home. The friends and family of a man recently gunned down by Wisconsin police are becoming acquainted with this fact, among them a US soldier. With few details available, and the DOJ investigating the killing, a mourning veteran moves to resound his say.

Private First Class Lock, who requested his first name be withheld, was mortified upon hearing news of his cousin’s death under, at the time, unspecified circumstances. Even before outlets published their first stories, Lock and his friends and family posted memorials on their Facebook walls. When Fox6now reported Locke’s cousin, 21 year old Christopher Davis, as having been shot fatally by police, the mood of the posts suddenly shifted.

Fox’s article describes the “officer-involved shooting” as occurring in Walworth County, near Muskego Wisconsin. Reputedly assisting local police in a drug investigation, a Walworth County Sheriff’s deputy approached a car parked in a Roma’s restaurant lot. Davis wasn’t the only occupant and, after the driver refused to “follow orders”, Deputy Juan Ortiz “discharged his firearm”, according to police.

This catalyzed a chase officers claimed reached 100 mph, their “suspects” speeding towards Milwaukee. After a PIT maneuver– a tactic designed to immobilize cars— crashed the speeding vehicle, two “suspects” fled  and were later apprehended. “They are under arrest”, says Waukesha County Sheriff Kurt Picknell, “and are being held in the Waukesha County jail. Their names are not being released at this time as the Department Of Justice investigation continues.”

Taking all that into account, to say several conflicts of interest between Ortiz and this particular case exist is an understatement. While DOJ conducts its investigation Oritz, according to Fox6News, will be confined to “administrative duties”. Critical details, such as the “orders” the driver refused, exactly what made Davis’s car suspect, and the names of the incarcerated remain curiously undisclosed. Following the shooting, Davis was transported to the hospital and declared dead at 8:16pm.

“Well”; explained PFC Lock–the victim’s cousin– in a statement he sent me over Facebook, “the information put out doesn’t add up to the reason my cousin was out in that area with the people he had with him.” According to Lock, Christopher was “going to look at a car for purchase with his fiancé and her two relatives.” “My cousin had issues walking”, says Locke, “so there’s no way he would try to flee the scene on foot. He also was scared to drive on the highway so although it was his car, he wasn’t the one driving it.” Davis, according to his cousin, “was never the type to hang with a bad crowd.” “I mean, there’s a saying ‘you are who you hang with’, well that right there should tell you how good of a guy he was.”

The mourning army private recounted how he and Christopher Davis “were always together until I left for basic training and stationed in Colorado.” Davis, after being introduced to Lock’s high school friend-group, integrated perfectly and the collective solidified into a tribe. “Our whole group became like family and on Wednesday, February 24th, we lost our brother.”

The soldier’s tone shifted, now more resentment than sadness in his writing. “Now I wasn’t in the car, I did not see this whole incident go down”, he admits, “but I know my cousin, and he would not [knowingly] put his himself [or] his fiancé in any situation that would cause harm to either of them. So in my opinion, this was murder, and I want justice for my cousin and best friend Christopher J. Davis.”

Private Lock’s assessment, that the incident amounts to murder, may not be so far fetched. No information in Fox’s coverage discounts the notion that this was yet another unjustified police killing, mistake or not. Muskego, according to a 2010 census, balances it’s 97.2% white population with just 0.3% for blacks. In that case, is some manner of profiling really out of the question?

Additionally, the chase itself is no more suspicious as, literally, being black in a white area. If an officer shot at your car, whether you’re doing something wrong or not, wouldn’t the natural instinct of any driver be to peel? The fact that the car was fleeing towards Milwaukee, Davis’s hometown, could mean it’s occupants were simply jetting for home. In other words, familiar ground where help for their wounded friend could be easily located.

Though none of us were there that day, not a single detail provided by officers, then echoed through Fox, can discount this. DOJ’s interest in the matter should similarly raise eyebrows, as well as the fact that Deputy Ortiz is still working. If poor training, not maliciousness, can account for Ortiz’s actions that day, then perhaps he shouldn’t be the hiring and training new recruits right now.

As of yet, details surrounding the killing remain as elusive as any possible outcome of DOJ’s intervention. The Department Of Justice has gone city by city probing departments, particularly those involved in fatal shootings. Milwaukee’s police department chose the carrot over the stick, and volunteered for DOJ inquiry and reform. Too many citizens, however, express an understandable skepticism over how serious investigations will be, and for good cause. In this case, the best any outlet, including CopBlock, can do is make sure Fox isn’t the only one’s covering the Muskego killing.