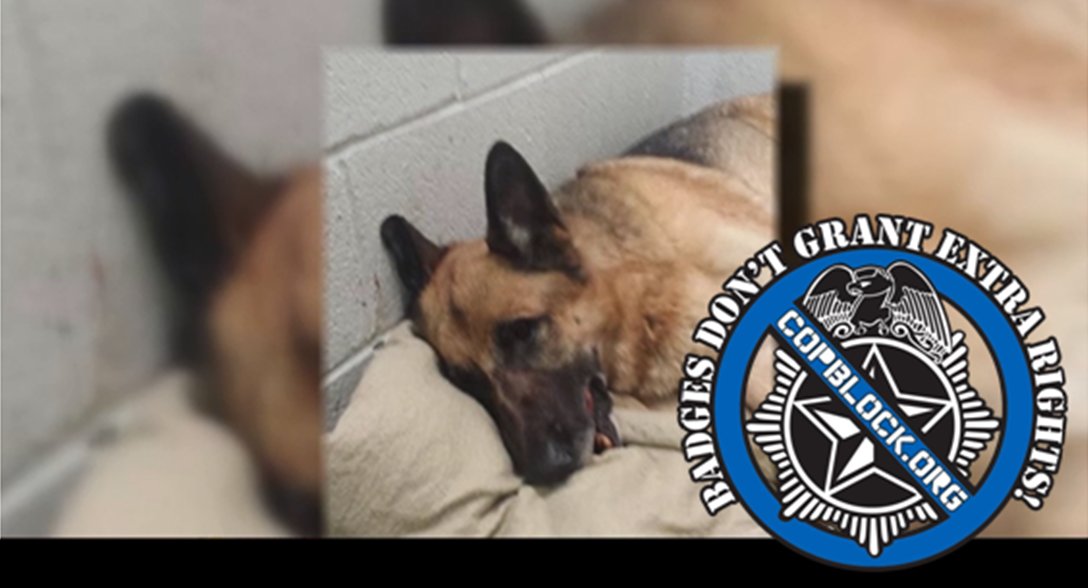 A woman whose dog was shot in the face by a Cumberland County, NC sheriffs deputy after she called 911 for help, says the shooting never should have happened.

Tamara Abraham says that around 6 p.m. on Saturday, a man drove onto her property expressing intent to buy her house, which is up for sale – and made her feel uncomfortable.

“He pulled up and was kind of belligerent and I could tell something was off,” Abraham said. “And he wasn’t so much there to see my house… He was more saying, ‘I got the cash right here, honey.’ And ‘I’ll pay you cash for it. And oh, you’re mighty pretty!'”

Abraham asserts the man kept bugging her to come inside the house to look around, and even exited his vehicle and walked towards the front door despite her telling him no. She says she eventually sent her seven-year-old German Shepherd named Astro after him, which chased him back into his car – and then called 911 for aid.

According to the Cumberland County sheriff’s Office, two deputies responded to the scene and found no one in the driveway. Because of the nature of the call however, one of the officers traversed to the front door with his gun drawn.

The deputy was met by the animal and feared it was going to bite him so he fired one shot, hitting Astro in the snout, police say.

“The deputy had the gun in his hand,” Sgt. Sean Swain said. “When [Abraham] opened the door, the dog came through the door in an aggressive manner and he shot the dog. There’s not time to react.”

The bullet traveled through the dog’s head and exited out the back of its neck. The animal was then taken to urgent care to be treated, and was latter moved to an animal hospital where it is expected to recover.

Abraham says Astro was barking and growling at the officer, but maintains that the animal wasn’t lunging at him or posing any immediate threat to his safety.

Animal control records say the dog has become aggressive in the past and was involved in an encounter last year in which it bit a girl in the thigh – but the deputy was likely not aware of this information at the time.

“I was just in the middle of saying, ‘Astro! Get- ‘ and I was gonna say get inside and I heard a pop. And they- they shot him,” Abraham said. “He’s my everything. He’s all I’ve had for years. It makes me so mad. This shouldn’t have happened.”

No charges were filed in the incident, and police say they will not be following up on attempting to identify the man Abraham originally made the 911 call about.

Some analysts have claimed that a dog is shot by police in the U.S. every 98 minutes.