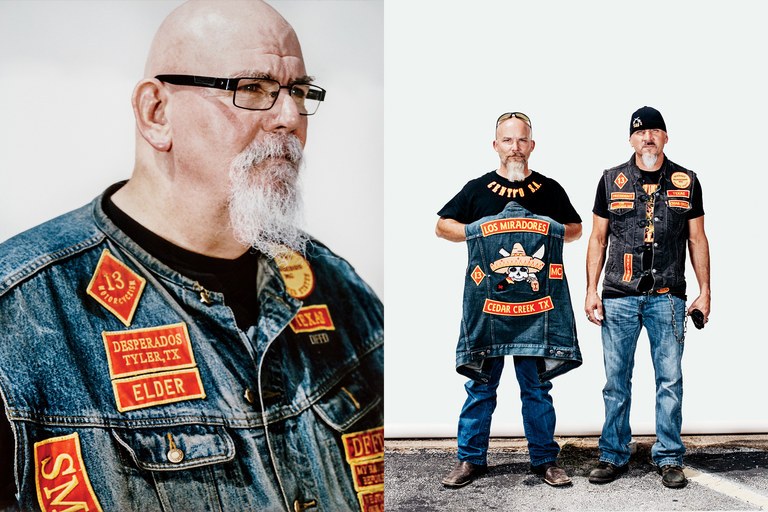 Would you believe me if I told you that the biker shootout that happened in Waco last year was manufactured in order to successfully indict both clubs on RICO charges? If you are not familiar with RICO, it allows for the leaders of gangs to be charged for crimes that they ordered. Making it possible to indict and try them for the charges regardless of the fact that they did not commit the crime themselves.

As far fetched as it might sound, it’s probably the most logical conclusion. There’s evidence the police manipulated emergency responders, resulting in delays, more than likely to increase the chances a member of one of the clubs would die for their injuries. Factor in that the only people who were killed during the shootout had bullets from the officers weapons in them and it begins to look like a government conspiracy aimed at crippling 2 minor organizations that like all large groups or organizations, including the police, probably has criminals within their membership.

“The bikers believe this provides a clue to the Waco P.D.’s ongoing silence: The cops know their response was overzealous, possibly unlawful, and now they’re covering it up. Some bikers believe there’s an even more sinister explanation: that a firefight of some kind was supposed to happen—that it was all part of a plan by the Waco P.D. to provoke bitter rivals into a public brawl that could be violently crushed and then used as a basis for sweeping RICO indictments.” (Source GQ)

The fight that broke out between the Cossacks & Bandidos last May is now being described by mainstream media as an organized police hit job. Reports are that the Waco PD and other law enforcement agencies were already in mass before the Confederation of Clubs meeting got started. It is now believed that the police intentionally started the fight in hopes of a massive RICO case against both clubs.

Both clubs were unaware of who fired the first shots and now believe that officers on scene were first to fire causing massive confusion. Of all the bikers killed that day all were killed by Police bullets. No one died as a result of the two clubs fighting after hearing the first shots ring out. This was a hit job by the Waco PD. It was intentional and rivals only the the Branch Compound the ATF stormed in which Men,Women and Children were killed by the government.

Police Departments all over the country have gotten out of hand. Their taste for power is putting them onto the same plane as Hitlers SS troops. If these police can stage such a event in Waco, don’t think for a minute it cannot happen in your neck of the woods. We seen in Waco a massive detention of innocent people, most of whom were held on million dollar bonds. Phone calls now being release show police holding or staging Ambulances during the whole event and refusing to come to the aid of those who needed help. These enforcement officials were hoping for a body count so they could use it to forge a trumped up case against innocent people.

“By his final press conference, Swanton seemed to be struggling to defend his early characterizations of the clubs. A reporter asked, “Can you please respond to criticism…that not all 170 [jailed bikers] are criminals, that a lot of [them] are totally innocent and had nothing to do with the shooting?” “No, I can’t respond to that,” Swanton shot back, then hastily moved on. For a while, Swanton continued posting press releases about the shootings on the Waco P.D.’s Facebook page, but all of them have since been deleted.” (Source GQ)

From the video above you can tell that the shots and ruckus came from outside. If the Bandidos and Cossacks were going at it like police claim, you think all patch holders would be involved and not just sitting around. Once the video was released by mainstream media and the questions started arising about the incident the cops went quiet. The cops could not even answer basic questions on why so many people were detained. Some of those detained were active and former military members who were just there for the COC meeting.

The police got Karma shoved right up their ass when this video was made public. It proves that no hostilities existed until the shots were fired. Fired from some new jack cop under the orders of his superiors I’m betting. If we as a society don’t keep public officials in check then we are going to have more incidents like this. We are going to see cops firing at people and killing them because they want the god complex. This is America and unless we as Americans stand up to Rogue Agencies like this, the rights that many have fought and died for will be for nothing.