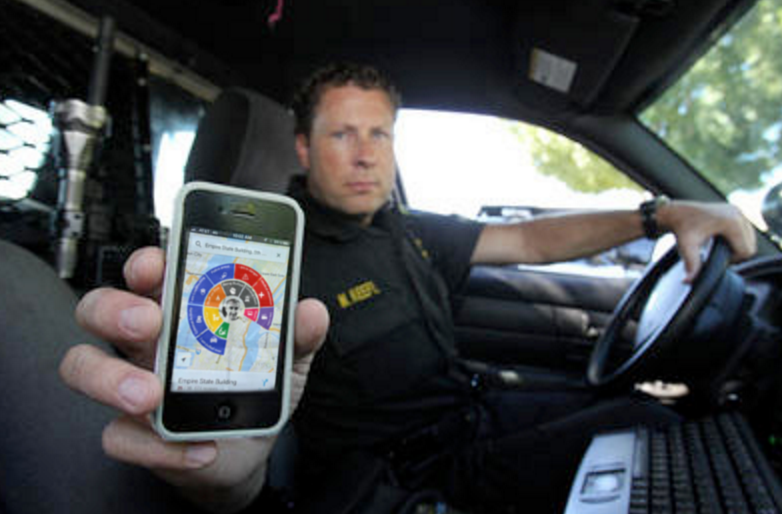 The post below was originally published at HackRead.com by Waqas. It should also be noted that Virgil Vaduva – creator of Cell 411 – is a personal friend of mine and many who contribute to CopBlock.org. You can read more about Cell 411 and it’s usability at the links below.

A new mobile app has been giving the cops sleepless nights. The reason being that the Cell 411 app lets you call on your friends or a group of trusted people if you are in an emergency situation and don’t want to involve the police.

Some define this app as Uber for 911, some even call it alternative for 911

This app has been created by activists and within no time, it has taken the world of activism by storm. It is available foriOS and Android platforms. The primary purpose of Cell 411 is to help you address emergency situations by sending alerts to your family members, neighbors, friends and anyone you trust. The feature that is being praised by users a lot is that you can notify your trusted friends and get out of emergencies without informing police and having to deal with lengthy Q&A rounds.

How does it work

Cell 411 lets you create public or private groups according to your geographic region and then use these accounts to seek help when you are caught in an emergency. Such as, if your car’s tyre gets punctured, you can easily inform your folks, or if it is a medical emergency you can contact them immediately. Most importantly, if you are being harassed by police, this new mobile app will help you get help from your friends/family.

There is more; Cell 411 lets you stream live videos so that your friends or family could understand the issue right there and then as well as store the video so that no one could delete the evidence. Usually, what happens is that when you are harassed by police, they destroy the evidence before leaving. Same thing happens when you are being disturbed by a malicious person. So, Cell 411 is very helpful in various respects.

The Patrol Mode is also available in Cell 411. It lets you send “global alerts,” which basically mean that you can send alerts to anyone using this app in your locality or town. This way, if there is no other friend available then you will be able to seek help from others present nearby you, of course, if they want to.

But how does it inform your buddies that you are in need of their help?

When you send an alert to anyone you want to, that person or the group of people will receive your GPS coordinates and detailed directions so that they are able to reach you in time. On the other hand, you will be notified about the ETA of your friends and how far they are.

This is a free app and since it lets users create Public Groups, so anyone could join your group and create a self-police community. Elders can seek help from others their age while activists may get other activists on board. Students can create their own group while volunteer firefighters can create their communities. Possibilities are endless.

However, the aspect that has been overwhelmingly highlighted by the popularity of this app is the extent to which people refrain from involving police in certain emergency matters. Perhaps, the debate upon the brutality shown by the police in various cases recently has some sort of depth to it.