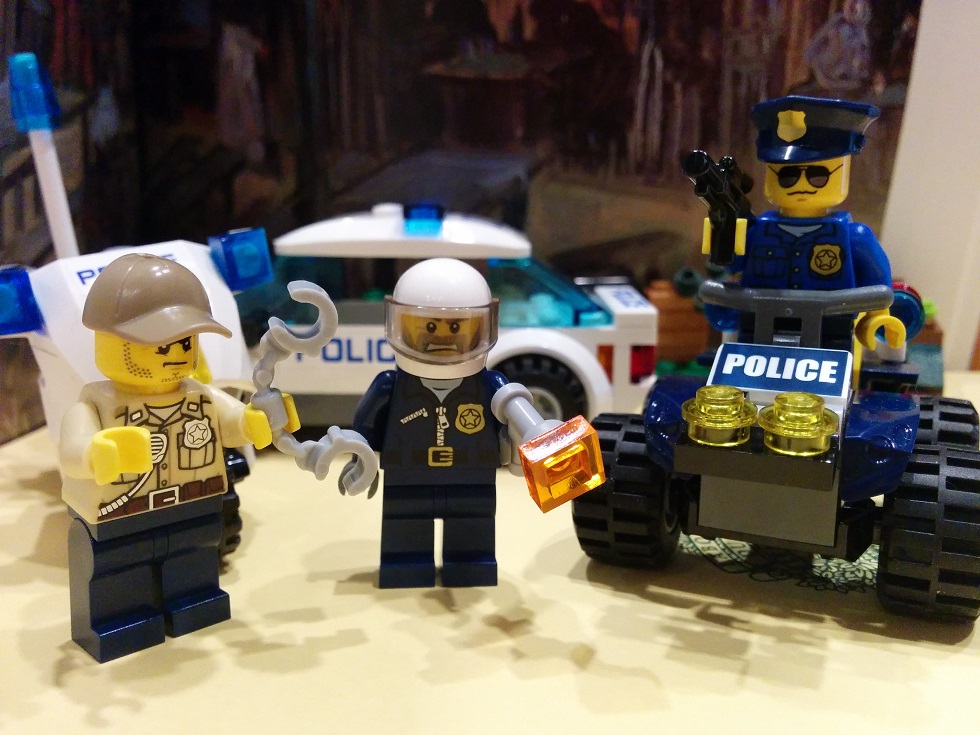 Rookie NYPD police officer Peter Liang was recently found guilty of  second-degree manslaughter in the shooting of Akai Gurley in Brooklyn. On November 20, 2014, he was engaged in what is called a “vertical patrol” with his partner Shaun Landau. Mr. Gurley, a father of a 2-year-old girl, walked into a stairwell. Lighting was purportedly poor. At trial, Liang testified, “I heard something on my left side… It startled me (then) the gun just went off.”

The bullet ricocheted off a wall and hit Gurley in the chest. Particularly controversial was the fact Liang and Landau argued over who should report the accident, instead of administering life-saving measures to the victim. Liang allegedly did not realize he had hit anyone, until he saw Michelle Butler, a friend of Mr. Gurley, attempting to aid Mr. Gurley. (More from NY Daily News here and NBC News here. As a side note to the NBC article, not all older generation Chinese people have an “appreciation for law and order” – the Kent State shooting happened the year my father immigrated to the United States. He has always taught me to be wary of law enforcement).

It may come as a surprise to to the cynics among us at Cop Block that a police officer was actually convicted of a crime for killing a completely innocent person. This is an acceptable response by the justice system as manslaughter is defined in New York as the following:

A person is guilty of manslaughter in the second degree when: 1. He recklessly causes the death of another person…

Here at Cop Block, we always emphasize police officers are human beings like everyone else and should adhere to the same moral and legal standards to which they subject ordinary peons of the United States. If one can hypothetically imagine a non-law-enforcement civilian scoping out stairwells in apartment complexes with a loaded gun for potential criminal activity, it would surely be reasonable to find that person guilty of “recklessly [causing] the death of another person” if he carelessly discharged his weapon and shot and killed an innocent bystander.

Of course, there are plenty of police officers who heinously kill innocent human beings in far more egregious contexts and get away with few, or no legal repercussions. Officers Ramos and Cicinelli were acquitted for their role in the death of Kelly Thomas. Charges weren’t even filed against Ian Birk in the death of John Williams. Charges against Joseph Weekley for reckless use of a gun similarly never came to fruition in the death of Aiyana Stanley Jones.

The examples of police officers getting away with murder and manslaughter far outnumber the ones in which police officers are held accountable for their actions, and for this reason, some Asian-Americans question the racially-motivated disparate conviction in the case of Peter Liang. Arguably, it is highly suspect when police officers get away with murder time and time again, and the rare instance the killer cop happens to be Asian, a conviction results. This might not speak highly of American jurors, as it is unclear what it is about being an Asian-American police officer that induces jurors, on a suspiciously rare occasion, to hold a police officer responsible for killing an innocent man. Alternatively, this could have been the unusual occurrence in which members of the jury were not inclined to cop-worship, and were sick of police officers evading the law. The thought process of the jury is a matter of pure speculation, but Asian-Americans who decry the conviction of an officer who killed an innocent man are utterly misguided.

If someone commits homicide, that person, whether man or woman, black, white, or Asian, must be held to account. Whether race was a motivator in Liang’s case or not, he did draw his gun and kill an innocent man, and was convicted for doing so. That is justice. To point to other murderers who escaped with impunity is entirely irrelevant. This would be akin to saying all the violent criminals in prison currently should be freed, or granted some sort of leniency, because there are many more violent criminals who were never caught. This is complete and total nonsense.

Some of these protesters who have come out in support of Mr. Liang have couched their positions in eloquent and sympathetic terms, but nevertheless hold untenable views. For instance, this well-spoken young lady has a seemingly rehearsed speech about anger over the “systemic injustices and the structural oppression and the racism that continues to pervade this country.” She continues to state, “We feel deeply sorry for Akai Gurley….and we understand that black lives matter…” (So far, so good). She goes on to explain Asians do not seek the benefit of being protected by white privilege, and do not seek to align themselves with the idea that a certain race or class of people are simply above the law. She claims instead the point of the protest is to shed light on an “wrong and unfair” criminal justice system, and that Liang should be held accountable for his actions in a manner proportionate to his actions. Other protesters were seen holding signs reading similar sentiments like, “Condolences to Akai Gurley Justice for Peter Liang,” and “NO SELECTIVE JUSTICE.”

Under the circumstances, the simultaneous assertions of sympathy for an innocent victim and anger at the consequences faced by his killer are inherently contradictory. Such sentiments are at best disingenuous, and frankly, are racist. Granted, Liang most certainly should be punished in a proportionate manner, and should not be punished excessively to serve as a scapegoat for other killer cops – but these people aren’t protesting his sentencing. They are protesting his conviction, which implies they do not believe he should have been convicted at all. While the criminal justice is indeed frequently “wrong and unfair,” this time, it got it right, and people who protest a killer’s conviction can only be viewed as blindly sympathetic to the killer on account of his race – which is racism.

If Akai Gurley’s death was a reckless and undeserved tragedy, then it necessarily follows Liang should not escape impunity for wrongful homicide, and his conviction should be lauded, not opposed. The color of his skin has nothing to do with it. To draw comparisons to white officers who escaped legal sanction is precisely engaging in what these protesters claim they are not doing – they are implying Liang should have been treated like a white cop. Because white cops get away with this shit, and it is unjust that Officer Liang was not allowed to escape due punishment like a white person.

The problem should not be that Asian killers are punished; it should be that white killers aren’t. If these protesters truly care about racism, they are protesting the wrong event. They should be protesting the death of any of the countless minority individuals who are jailed, beaten, and killed by police officers like Liang and his buddies. Even better, if these protesters truly cared about justice for all, they would be protesting all police abuse and brutality, irrespective of the victim’s skin color. Ultimately, the protests over Liang’s conviction cannot be viewed as anything other than a handful of Asians whining because Asian killers apparently are not accorded the protection of a thoroughly corrupt system the way white killers are.

Selective justice isn’t good, and there’s undoubtedly an uncomfortable feeling about it, but honest people should agree it’s better than no justice. Not all killers can be caught and brought to account, but it’s better that some are, than none at all. While it is deplorable white cops evade prosecution, the world would not be a better place if all cops evaded prosecution. That would be more “fair” among the cops, but it would not be more fair to humanity, nor would it be more just.

Asian Americans who truly  believe black lives matter must support the conviction and sentencing of police officers who kill innocent black people, regardless of the officer’s race. In other words, justice for Mr. Gurley, a completely innocent bystander, necessitates the conviction and punishment of Liang. Conversely, if one believes legal measures against Liang for killing an unarmed, innocent, black man are unwarranted, one cannot sincerely claim “black lives matter.”

If Liang’s conviction was truly influenced by his race, then let this be a cautionary tale to minorities who think donning the badge and gun of the oppressive hegemony will provide a shield against racism.

Race is a hot topic, but I will offer an alternative explanation. It is less likely race influenced Liang’s conviction, and more likely Liang was convicted because he was not a psychopath or a liar and he actually felt guilty. Many members of the American public love their macho, arrogant, lying-sack-of-shit cops (or e.g. Donald Trump). If a cop testifies he “feared for his life” and “had” to engage in whatever violence, abuse, or murder to secure compliance or preserve his own safety, Americans will take the story at face value and give him a free pass, because you know, whatever it takes for him to get home to his wife and kids at night. He was doing his job.

Liang’s mistake was crying on the stand, actually exhibiting compunction, and essentially admitting he’d made a mistake in firing his gun. Americans want a hero, even if the hero is a coward, a liar, and a sociopath. A man who feels the weight of his actions and laments the consequences of his behavior is not the hero Americans are looking for, so the second moral of this story is for the cops out there: if you kill someone, insist it was necessary, lie about fearing for your life, don’t feel bad, and you will come out of the ordeal unscathed.

See the video of the crime scene below.