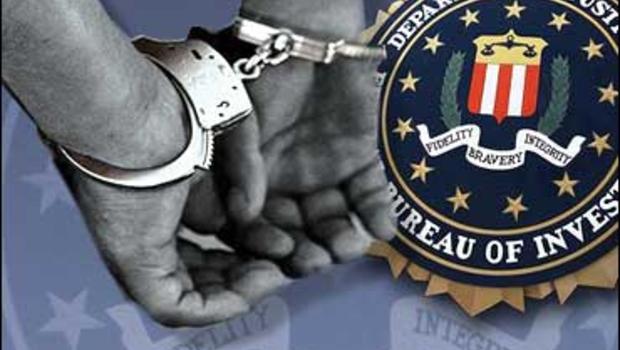 The standoff between federal authorities and Bundy Family members and supports was over in 2014, or was it?

Today the FBI has confirmed the arrest of several individuals involved in the 2014 “standoff”, including two Bundy family members and Jerry Delemus, according to the NH Patch:

According to the indictment, Delemus was a “mid-level leader and organizer of the conspiracy who, among other things: recruited, organized, trained and provided logistical support to gunmen and other Followers and organized and led armed patrols and security checkpoints.”

According to Jack Kimball, the former chairman of the New Hampshire GOP, state Rep. Susan Delemus, R-Rochester, Jerry’s wife, called him and said they had taken custody of him today (March 3, 2016).

“She said that the FBI just rolled up with lots of vehicles and Agents who were in tactical gear,” Kimball wrote on Facebook earlier this morning. ”They forced their way into Jerry Delemus and Sue’s condo with weapons drawn and arrested Jerry and took him away.”

Kimball said he believed the custody was connected to the Bundy Ranch incident and asked “all NH patriots to come together ASAP” to ”protest this tyranny in the most visible way possible.”

Of course the media is making a frenzy out of Delemus’s arrest because of his ties to Trump’s campaign but others were arrested as well. According to the Facebook page Citizens for Constitutional Freedom Support Group:

The FBI is currently raiding and arresting individuals who participated in the 2014 Bunkerville Standoff. Among the confirmed arrests today are:

JERRY DELEMUS, the husband of New Hampshire state representative Susan DeLemus. According to Susan, the FBI just rolled up to their home with multiple agents in tactical gear. They forced their way into the home with weapons drawn and took Jerry away.

DAVEY BUNDY, the son of Cliven and brother of Ammon and Ryan Bundy. Davey was arrested by the FBI in Millard County, Utah. Approximately 20 FBI vehicles arrived in the county with the knowledge of the county sheriff, who did NOTHING to stop them. Sheriff Dekker told Davey’s wife that the FBI trumps his jurisdiction, which demonstrates his utter lack of familiarity with the US Constitution. It is because of this kind of ignorance and cowardice that the federal government is able to perpetrate crimes against American citizens without any opposition from the law enforcement that is sworn to protect us. The sheriff department’s number is 435-743-5302.

Davey and I had the chance to talk together for a little while after LaVoy’s funeral. He is a kind and gentle person. This is the same man that authorities beat up in 2014 because he was taking pictures of the BLM stealing cattle. He was unarmed and wasn’t causing any trouble. Still, they abused him, arrested him though he had committed no crime. After 5 hours, they transported him to a jail in Las Vegas where the agents laughed him to scorn as they snapped photos of him and mocked him for being in a cage. After 24 hours he was released from jail… why? Because he had done nothing wrong and there was no legal justification to continue holding him.

I am sickened by the unchecked power of the federal government to raid the homes of innocent Americans and imprison them for doing nothing other than standing up in protest against the illegal seizure of Cliven Bundy’s cattle. What we are seeing in America today is no different that the political repression of the former Soviet Union. Our government is engaging in illegal surveillance of our citizens, engaging in acts of brutality against us, violating our human rights and acting without any measure of checks or balances. We are living in a police state today that is strikingly similar in many respects to that which existed in Germany concurrent with the ascendancy of Adolf Hitler and the morphing of the German government into the Nazi state.

If YOU or someone you know participated in the 2014 event in Bunkerville, be on alert. They may be coming for you next.

Spread the word – and if you hear of any more arrests, please contact me so I can update this list.

While the charges bare some serious time, one has to wonder, why did the FBI wait to arrest such dangerous people? If these guys are guilty of what they claim then how come they were allowed to roam free for so long? Did the FBI just now realize who these people were or that they had committed these crimes? Of course that has to be it right?

Well, if you believe that I have some ocean front property in Arizona to sell you too. This is simply one thing and one thing only. A complete disassembling of any sort of structured movement against government authorities. It wasn’t clear to the FBI, or the federal government, that what started on a Nevada Ranch in 2014 would lead to a Wildlife Refuge in Oregon in 2016. That the Sons of the man that government agents tried to railroad would become the leader of a militia dedicated to stopping it. What’s going on now is a clean up of no foreseeing that, like when Ed and Elaine Brown’s supporters were rounded up, and there’s only one purpose for clean up time. To send a message to anyone else who thinks  about challenging the government again.

But that’s another thing governments don’t understand…. that their actions just lead to more dissenters. Will you stand with the Ranchers? Or will you wait for them to come after you?