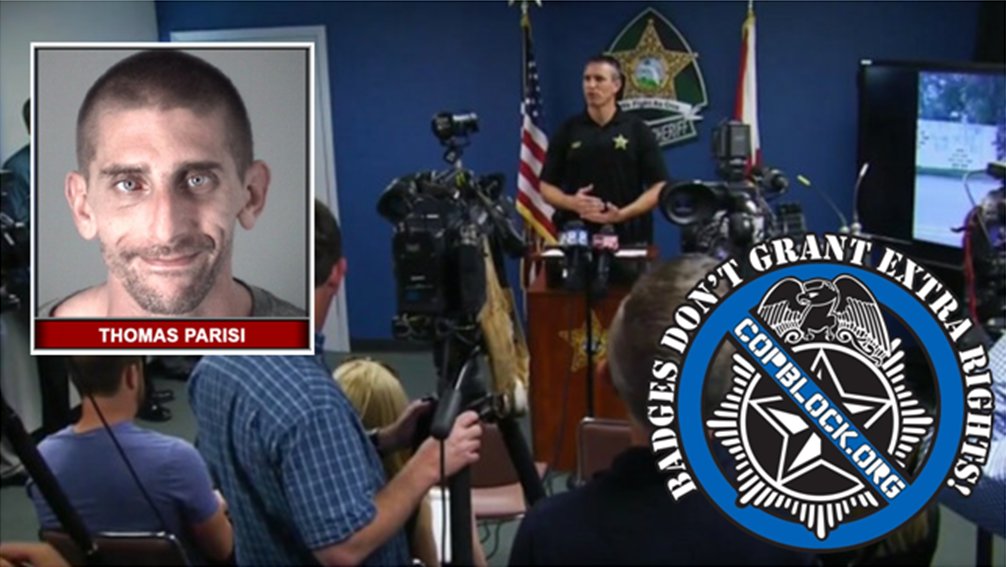 A Florida deputy has been fired from the Pasco County Sheriff’s Office after being accused of planting drug paraphernalia on a New Port Richey man in order to frame him.

Officials say Stephen LeBlanc may face obstruction of justice and tampering with evidence charges in a November case where he went after Thomas Parisi – who spray painted messages on his own home and elsewhere construed as “anti-police sentiment.”

Parizzi is said to live in a known drug neighborhood and was charged with criminal mischief for painting, “Sex workers are people, too,” on a wall near Van Doren Avenue and Cross Bayou Boulevard.

LeBlanc then began investigating Parisi, even while he was off-duty, according to Pasco County Sheriff Chris Nocco.

“I can tell you it possibly goes back to the fact that Parizzi had spray painted LeBlanc’s name on his own trailer… saying, ‘LeBlanc for Sheriff 2016,’” Nocco said on Tuesday. “We don’t know any other altercation that occurred between the two.”

Nocco said that while Parisi was in jail, LeBlanc approached one of the man’s neighbors – a known drug user – and asked him to retrieve items that could get Parisi in more trouble.

The deputy then got two spoons, a syringe and a crack pipe and put them in Parisi’s bag. LeBlanc is said to have turned off is body-cam when he was doing the deed – which is against department policy.

When Parisi was released from jail, he checked himself into a rehab center where staff found the items in the bag and contacted the sheriff’s office. Because he was in a rehabilitation facility however, Parisi was not arrested.

LeBlanc is alleged to have had it out for Parisi because he had criticized police and taunted him with his spray-paint messages.

“Our information relays that Leblanc would personally tell people, ‘I’m going after this person. I have to go after him,'” Nocco said. “He wanted to get evidence to plant on Parisi to get him jammed up on more charges.”

LeBlanc was fired for conduct unbecoming of an officer, mishandling property and evidence, making inaccurate statements and failure to follow orders.

The case has now been forwarded to the Pinellas-Pasco State Attorney’s Office for prosecution.