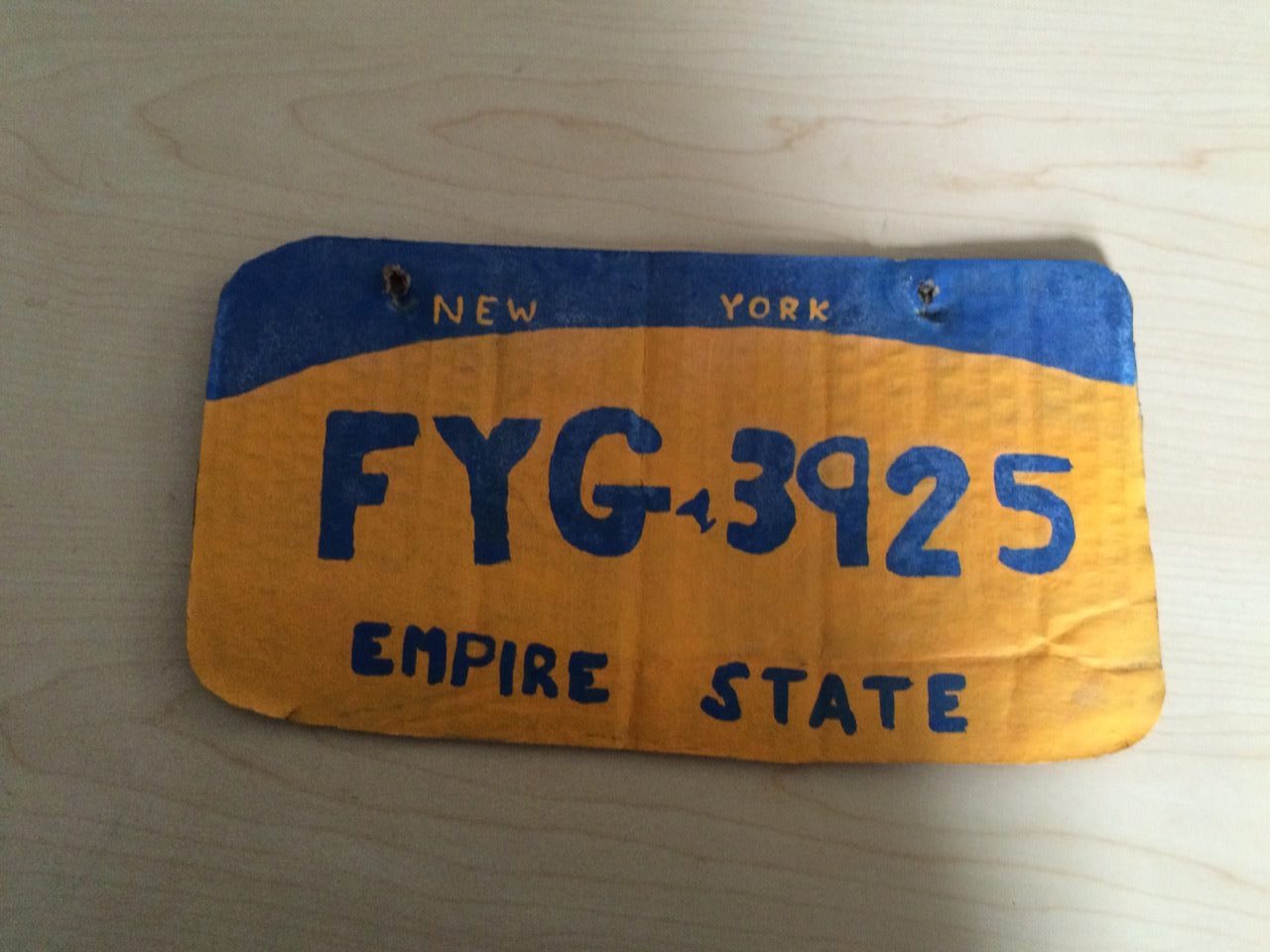 The Erie County Sheriff’s department has arrested Amanda Schweickert in Springville, N.Y. for driving with a cardboard license plate. That’s right, this hardened criminal is now off the streets facing a number of charges. According to Fox59:

An Erie County sheriff’s deputy spotted the illegal plate Wednesday after pulling over 28-year-old Amanda Schweickert in Springville, N.Y., according to WPIX. Her car didn’t have a front license plate and the deputy noticed something funny about the rear plate.

The department posted about the incident on its Facebook page.

“In case you are wondering, homemade cardboard license plates are NOT legal,” the post read. “The homemade plate was seized and placed into evidence.”

Schweickert had made the license plate out of cardboard and painted it to resemble a real plate. Police described it as an “obviously imitation New York license plate.”

Police said Schweickert was driving on a suspended license and didn’t have car insurance. She was charged with a felony of possessing a forged instrument and a misdemeanor count of operating a vehicle with a suspended registration. She also received three vehicle and traffic infractions.

While many reading this are probably saying, “what did she think was going to happen.” Having licenses plates is the LAW.

This reminds me of the Doug Stanhope video “Liberty ReDefined” where he talks about the saying, “Give a man a fish you feed him for a day but teach a man to fish you feed him for life.” But, in today’s world if you teach a man to fish you then need a fishing license, but you don’t have any money. So you have to get a job but to get a job you have to enroll into the Social Security Program and so on and so on. SEE VIDEO BELOW

While the police claim they are the only thing keeping you safe from hardened criminals, that without the thin blue line there would be rape, theft and murder abundant everywhere. That’s the claim but the reality is they spend most their time on crap like this. Vehicle violations, speeding tickets, drug possession and other ‘crimes’ where the only victim is the state.

Amanda paid for her car, her gas and whatever else she needed to travel. She shouldn’t have to pay a fee to a government for a piece of plastic saying she can drive her car or a for a metal plate on the back. Furthermore, neither should you! What’s even more insane is that not only do we pay for these (yes, I do too because I don’t want men with guns taking my things but once people stand up I’ll gladly stand with them) nonessential fees to operate our own property but we also pay for the road pirates (the police) to make sure we have the right papers!

And if you’re one of the people out there thinking, “well if I have to do it so should everyone else.” Please, shut up. That’s the weakest argument and instead of wishing people with guns will hunt down those who aren’t as compliant as you are, why don’t you try standing up. Take the license plate off your car or stop paying for the privilege to operate your own property.

So while the police mock this person via their Facebook page by ‘reminding’ everyone that cardboard plates are illegal. I’d like to remind them that metal badges don’t grant extra rights. I find it hilarious that this woman was able to fool police for so long and applaud her simplistic way of duping authorities.

Feel free to mock them back here.