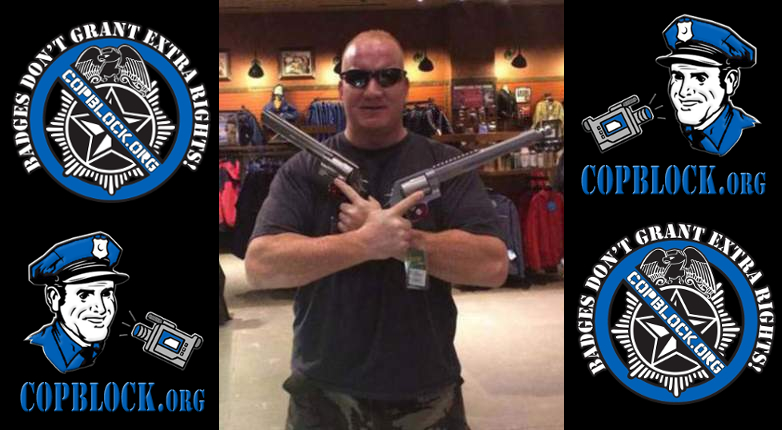 In January, I posted about former LVMPD Officer Richard Scavone, who was caught on camera assaulting a woman. The immediate reason for his violent actions that day was that she had thrown a cup of coffee on the ground while he was in the process of profiling and harassing her. In reality, it was a case of “contempt of cop” in which the woman didn’t properly bow and scrape to his authoritah and possibly a bit of showing off to the corrections officer he was giving a ride along to at the time.

Now the woman he attacked and then arrested on trumped up charges to justify that arrest has filed a federal civil rights lawsuit against him. In that lawsuit, Amanda Vizcarrondo-Ortiz names the Las Vegas Metropolitan Police Department, Officer Scavone, and former Corrections Officer Travis Buechler who was with Scavone at the time of the incident. Cal Potter, a Las Vegas civil rights lawyer, is representing Vizcarrondo-Ortiz in the lawsuit.

Via the Associated Press:

A California woman who authorities say was illegally beaten by a police officer wearing a body camera has filed a federal civil rights lawsuit seeking damages from Las Vegas police, the former patrol officer and his partner at the time.

Officials have called the case one of the first to use body-camera video against an officer wearing the device.

Amanda Vizcarrondo-Ortiz of Los Angeles said in her lawsuit filed Friday in U.S. District Court in Las Vegas that she suffered permanent face, neck and back injuries during her January 2015 arrest on littering and loitering for prostitution charges. The charges were later dropped.

Ortiz’s lawyer, Cal Potter, called her beating and arrest unjustified “street justice” for offending the arresting officer, Richard Thomas Scavone, by throwing a cup of coffee on the ground and refusing to put her hands behind her back to be handcuffed.
“He videotaped his own misconduct,” Potter said of Scavone. “It’s our belief that there was no basis for the stop or the arrest…”
The video hasn’t been made public. Officials have said it shows the woman’s face bleeding after she was thrown to the ground, grabbed by the neck and slammed by her head on the hood of a patrol car.

Scavone reported that Ortiz was combative and that he felt his safety was threatened.

A hearing date hasn’t been set in the civil lawsuit that also names the Las Vegas Metropolitan Police Department, and a former corrections officer, Travis Buechler, who was with Scavone at the time. It seeks damages greater than $225,000 and a declaration that the department’s use of a law banning loitering for prostitution is unconstitutional.

Officer Laura Meltzer, a police spokeswoman, cited department policy and declined to comment on the civil lawsuit. She said Buechler was suspended last July and fired in September after three years as a corrections officer. The court record didn’t indicate if Buechler had a lawyer.

Former Officer Scavone is still awaiting trial on the federal charges stemming from that incident. As stated in the AP quote, Former Corrections Officer Buechler has been fired, although there has been no indication when that happened or whether that was related to the beating.