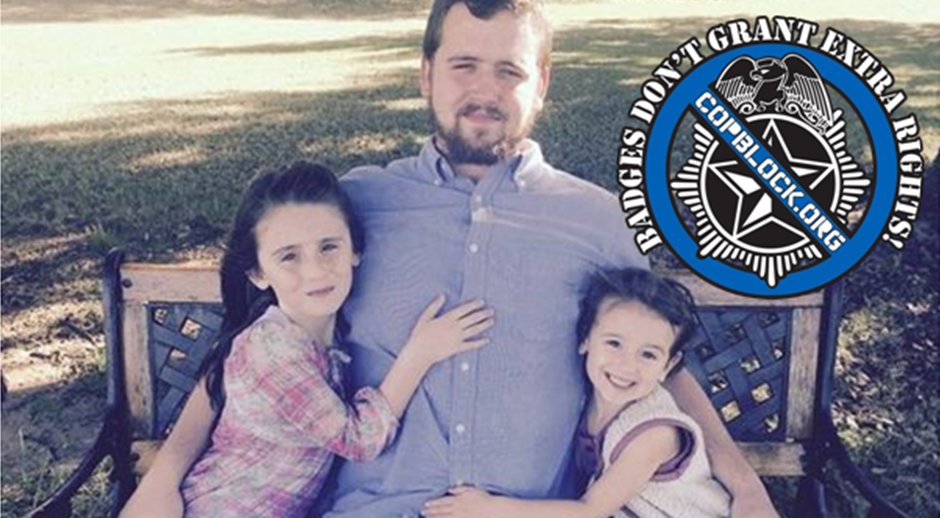 A Mesa, Arizona cop that shot and killed an unarmed man in January has been charged with second-degree murder.

Officer Philip Brailsford shot Shaver five times after police received calls from a Mesa hotel saying that someone in Shaver’s room pointed a pellet gun out of the window.

Officers made their way to the hotel and ordered Shaver and a female companion out of the room. Once in the hallway, the woman was detained and police told Shaver to crawl toward them on his hands and knees.

According to prosecutors, Shaver “made a motion with his right hand toward his waistline,” and Brailsford opened fire. It was latter determined that Shaver was unarmed.

“After carefully reviewing the relevant facts and circumstances, we have determined that the use of deadly physical force was not justified in this instance,” Maricopa County attorney Bill Montgomery said.

Police said two pellet guns were found inside the hotel room. According to Shaver’s widow, Laney Sweet, Shaver uses the weapons for his pest control job and was staying in the hotel on a business trip.

Sweet, who survives the deceased with their two young daughters, said she was not informed of Shaver’s death until nearly four days after he was shot.

She did commend prosecutors for filing charges however, and said it was “the first step towards justice for Daniel and his family.” In February, she filed notice of claim for a $35 million wrongful death lawsuit against the city of Mesa.

“You can’t just shoot someone because you heard they had a weapon,” Sweet’s attorney, Marc Victor said. “Even if you couldn’t see his hand. That’s not going to be good enough to use physical force to take someone’s life.”

Brailsford is currently on administrative leave and is scheduled to first appear in court on March 15.

His defense attorney, Craig Mehrens, said his client was “stunned” by the murder charge and “absolutely believes that he acted appropriately and within the guidelines of what he was taught.”

Victor countered that sentiment by saying, “I don’t know why a police officer who shot an unarmed man…would be stunned by the fact that he’s being treated the same way anyone else would be treated.”