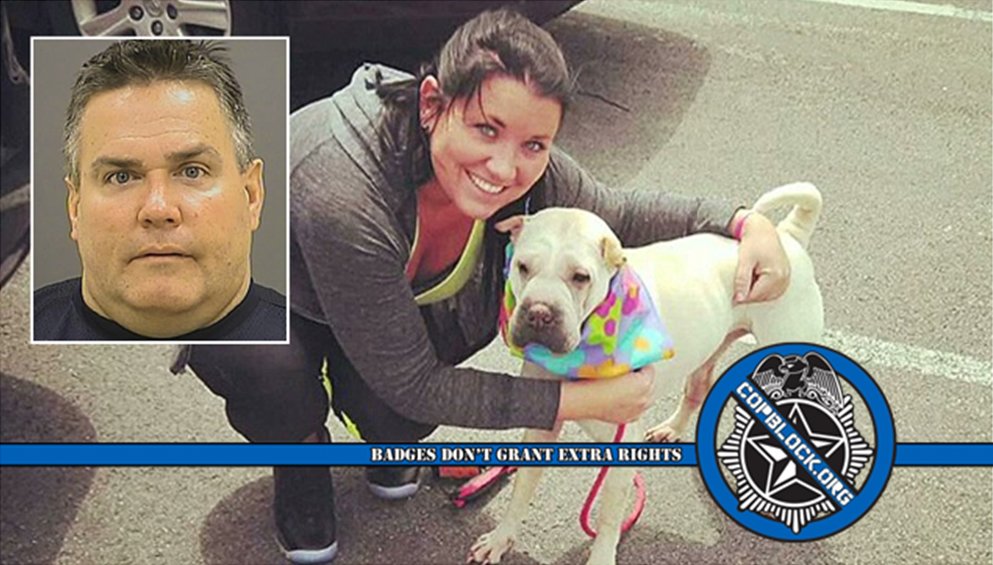 A Baltimore cop acquitted of felony charges after slitting a restrained dog’s throat, will receive $45,000 in back pay from the city government in a deal expected to be approved on Wednesday.

Police were responding to a call that a dog had bit someone in June 2014. The canine, a 7-year-old Chinese shar-pei breed named Nala, had went missing from her home earlier that morning.

Sandy Fleischer, the woman bitten by the animal had been attempting to retrieve it for its owner after seeing “missing” posts on a community Facebook page and took action.

“The dog was more scared of not knowing where it was and being thirsty and disoriented,” Fleischer said. “The dog bit me out of fear because I tried to touch it, which was my fault.”

Fleischer sustained a small, inconsequential puncture wound to her hand and once on scene, officers restrained Nala by placing a long-pole noose around her neck.

The woman said she did not see the actual killing of the animal, but asserted that Nala was not being aggressive when she was confronted by the officers.

“You could hear the dog screaming and crying in pain,” Fleischer said. “I did see one officer that had been extremely aggressive that did have his knee into her chest that was tightening the noose. It seemed [they were doing it] relentlessly and unnecessarily.”

Bolger was charged with felony animal cruelty, mutilating an animal, and misconduct in office. Police spokesperson, Eric Kowalczy, called what occurred “truly appall[ing],” and “a complete violation of protocol.”

In November however, Baltimore Circuit Judge Melissa M. Phinn unbelievably ruled that prosecutors failed to prove that Bolger was criminally responsible for the death of the canine.

Bolger’s attorneys argued that the officer was simply attempting to euthanize the dog in the most humane way possible so it didn’t have to undergo a rabies test – but Nala’s owner, Sarah Gossard – called the decision “heartbreaking,” and said she did not feel that justice was served.

Another officer, Thomas Schmidt, was also charged with animal cruelty for allegedly holding the dog down while Bolger killed it, but all charges against him were dropped by city prosecutors as well.

Now, the Baltimore Board of Estimates is expected to approve a deal to give Bolger about 10 months of back pay totally $45,000 for the time he was suspended after the incident. He would latter retire.

Bolger’s attorney, Steven Levin, said on Monday that under his police union contract, the former officer is entitled to receive back wages for the period between June 2014 and March 2015.

Levin said his client was unnecessarily charged and suspended from the department, and asserted that “the evidence was overwhelming that Mr. Bolger acted appropriately” when he killed Nala.

In December 2014, Gossard, filed a claim for damages against the city of Baltimore, Bolger and other officers involved in the incident, as well as the police commissioner.

“The conduct alleged [in the lawsuit] does not involve an employee of the mayor and City Council,” city lawyers argued in a written response to the litigation. “For that reason, we do not believe the city has any legal responsibility.”

The Baltimore City police Department is specifically defined as an entity of the local government and paychecks made to officers read “the mayor and City Council” as the employer. For the city to claim that officers are not their employees was just an absurd attempt to thwart the civil claim.

“I don’t know how else you can put that. ‘Baltimore City police officers are not city employees,’” Gossard’s lawyer, Tony Depastina said. “But the way I read this letter is they are not employees of the mayor and City Council of Baltimore. Who are they employees of? Who is their boss? At the end of the day, where does the buck stop?”