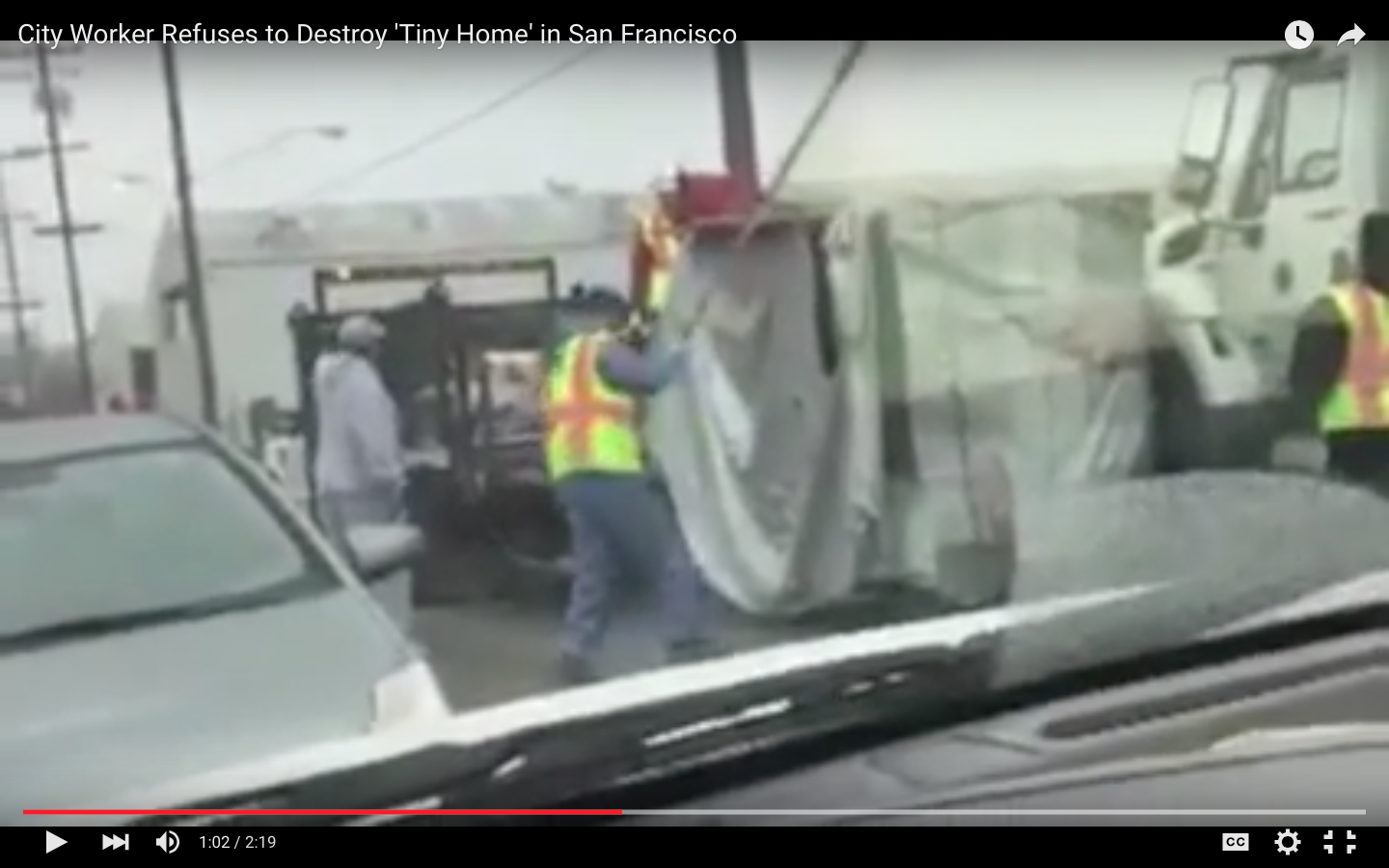 A female city worker refused to participate in tearing down a San Francisco homeless encampment.

Instead she filmed the incident and sent it to the Coalition on Homelessness.

The video starts with the lady narrating the situation and elaborating on why she didn’t want to participate in tearing down another persons house.

When approached by one of her co-workers and asked why she wasn’t participating, the woman replied that she didn’t think it was right and encouraged the other worker not to participate either. She then added that none of the tools from her truck were too be used to assist in the demolition of the homeless camp.

City Worker: I’m not fucking with no parts of that shit, just because the fucking police say?

Co Worker: Do I gotta do that shit?

City Worker: Don’t get nothing off my truck.

Co Worker: You aint got a sledge-hammer?

City Worker: I got some shit but aint none of my shit getting used to tear that mans house up, I don’t want no part of that shit.

March is a month of rain in San Francisco and by following the orders of the police and destroying this man’s home, the workers have subjected this man and everyone else to a miserable reality for the rest of the month. In every city the homeless population is the most abused and the people who are just trying to make it to their next paycheck are used to inflict this suffering on another human being.

It’s not every day you see someone who is willing to put their own livelihood on the line for that of someone else. More often than not people are willing to become another link in the chain of obedience, follow orders that go against their conscience just because they are in their job description. Rarely does someone stop to think if it’s an order that should be followed. Serious kudos to this lady for refusing to participate in the destruction and demoralization of her fellow man regardless of the orders issued by the police.