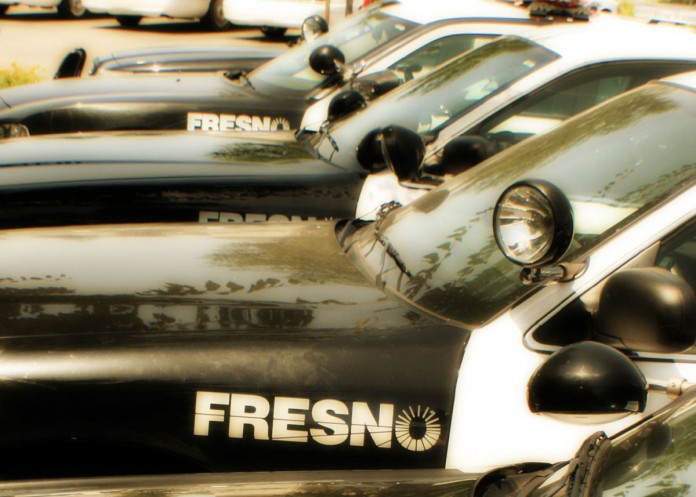 Something pretty bizarre has been going on at the Fresno Police Department. Apparently unbeknownst to most City leaders, such as the Mayor and the City Manager, FPD Chief Jerry Dyer authorized an anonymous survey of his employees, both sworn officers and civilians. The survey was conducted by the Josephson Institute of Ethics in late September, but its existence was kept under wraps until recently.

The Institute’s report to the city was dated December 29, but it did not become public until January 26—and then only because the Fresno Bee was able to obtain a copy. Data from the study had been leaked to the Bee, eventually forcing the release of the whole document. It appears that Dyer had not intended for the survey to be made public but was forced into it. Some of its findings are very embarrassing for the department.

Some of the critical findings:

35% of sworn officers say that “fabrication and distortion in reporting, affidavits and testifying” is a serious problem

So apparently, officers in at least some instances, are fabricating reports, not being held accountable, not being held to high ethical standards, under pressure to make as many felony arrests as possible to increase their chances for promotion, and doing shoddy police work that hampers the District Attorney from obtaining convictions. Fresno police are very well paid compared to comparable departments, but it appears we are not getting the professional force we deserve.

The Josephson Institute, in its introduction to the report, says that in pre-survey interviews with FPD employees it was told that it should not expect a very high return rate on their surveys because of high levels of distrust and cynicism within the department. On the trust issue, Josephson reports “we were told that there is widespread, entrenched fear that anyone who expressed negative opinions of leadership, policies or practices, even in the context of an anonymous third party survey, would suffer some sort of retaliation.” That is a pretty serious indictment of the culture at the FPD.

Despite the distrust and cynicism, 252 of the department’s 710 sworn officers responded, and a large majority of respondents had over 10 years of service on the force. The Josephson Institute said the participation rate was low compared to other departments, but that they still considered the results significant. The institute gave three reasons that they believe the results to be valid.

This certainly is a black eye for the FPD. There are further questions to be raised as well, like why were Chief Dyer and police union President Jacky Parks allowed to suggest revisions to the survey before it went out. Was that intended to give them veto power over difficult questions, or to give them the opportunity to insert some softball questions? We may never know the reason for that, but it seems a questionable practice. Then, when the preliminary report was completed, it was again given to Chief Dyer, who shared it with Jacky Parks and a couple of others, giving them a chance to modify the report before the final version was produced. Indeed, Dyer made suggestions that were incorporated into the report. Still, the Josephson Institute insists that no “finding” was omitted or changed in the final draft.

However much Dyer was able to soften the impact of the report, it is still highly damning. It found very low morale in the department, there was a lot of criticism of the department by sworn officers, and there was a pervasive belief among respondents that leadership would not make the necessary changes. This certainly is not a ringing endorsement of Chief Dyer.

On February 14 I joined other members of the Central California Criminal Justice Committee (CCCJC) in meeting with police auditor Rick Rasmussen to discuss the report. Rasmussen was not in the loop when it came to the survey, and only learned of its existence two days before it was released to the public. The FPD was apparently trying to hide the survey from just about everyone, including the auditor.

Rasmussen agreed that the report is disturbing, but when asked if he would include a response to it in his next quarterly report he gave an emphatic “no.” He said it is completely outside his purview. He pointed out that he was hired specifically to audit how the department handles complaints. All he can do is see if Internal Affairs followed proper procedures in handling complaints. Internal Affairs does all the investigating; Rasmussen is prohibited from conducting his own investigations. The legislation creating the police auditor position is highly limiting. In some other cities auditors have a lot more authority, but not here.

Rasmussen did admit that some of the police misconduct alluded to in the report could find its way into the formal complaint process, but he added that so far he had never had a complaint alleging that evidence had been planted by the police (a practice the report included under the heading “fabrication in reporting”). Perhaps the kinds of concerns brought up in the report don’t often make their way into the complaint process, and thus never come to the attention of the auditor. Rasmussen has, on occasion, concluded in his audits that the officers targeted in a complaint had filed improper reports—which he pointed out does not necessarily mean fabrication, it is instead a case of important facts being left out.

If change of the FDP culture is not going to come from the police auditor, where can it come from? Rasmussen says pressure for that has to come from the population, the residents of Fresno. The citizens would have to demand a change by pressuring their elected officials. They are the ones who have the power to bring about a change of leadership in the department. I guess you could say that the police auditor is passing the buck to us—the people who are concerned about police practices. Some of us are working on that issue, but we need a lot more outrage among the population if we are to get anything done. Any outraged citizens out there?

Gerry Bill is Emeritus Professor of Sociology and American Studies at Fresno City College, and is on the boards of the Eco Village Project of Fresno, the Fresno Free College Foundation, Peace Fresno, and the Fresno Center for Nonviolence. He is co-chair of the Central California Criminal Justice Committee, and a long-time activist in Fresno. He can be reached at gerry.bill@gmail. com.